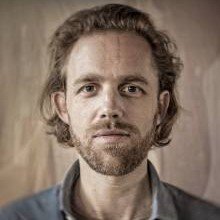 I completed a master of Public Administration and Public Policy at the University of Twente, the Netherlands. As part of my studies, I spent a lot of time in Hungary. First, I studied changes in post-communist student life. Then I returned to study the role of intellectuals in the 1956 Hungarian revolution and the 1968 Prague Spring. I spent the summer of 2002 in Prague, when a large part of the city was under water. After graduating, I received a grant to do innovation research in Budapest at GKI Economic Research. The next year, I also worked on a project of the Hungarian Science & Technology Foundation. After moving to Amsterdam in 2004, I took up several jobs, including fundraising for Amnesty International, as well as working on a project of technology implementation at the Amsterdam city government. Between 2006-2011, I worked as a researcher for the Center for Technology and Innovation Management (CeTIM) and the Living Lab Leiden. In part-time, I worked on a PhD at Leiden University under the title Subject of innovation – or: how to redevelop “the patient” with technology. Next to that, I enrolled in a master program in political philosophy at the University of Amsterdam. An edited version of my master’s thesis was published as a book, entitled Kun je een betere wereld kopen? De consument en het fairtrade-complex. I currently work for the Netherlands Institute for Social Research (Sociaal en Cultureel Planbureau), where I do research on grassroots initiatives, social innovation, refugees and community organizing.
Share This