The Economics of Mutuality (European Summit) 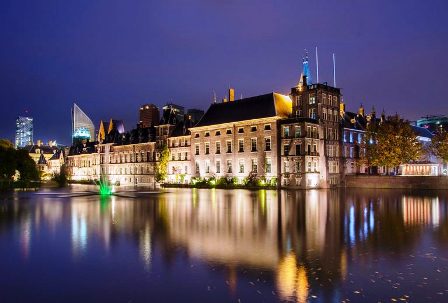 The Economic Summit Europe 2018 has the theme: Making government and business mutual.

The Economic Summit exists to promote the dissemination and implementation of new paradigms on finance and economy based on Christian tradition, faith and thought, and transformational busi-nesses generating four-fold capital (human, social, natural and profit) as new models for poverty alleviation and sustainable economies. Sustainable economies do not exist in isolation, but have everything to do with the social, political and spiritual structures in which they are embedded. The focus therefore also includes the factors that lead to sustainable development.

From the very first meeting in 2014, the Economics of Mutuality (EoM), a concept pioneered by Dr. Bruno Roche, senior Economist at Mars Inc. and the Managing Director of the Mars Catalyst Think Tank, has played a key role in Economic Summit events. During the past few months, this idea has also been presented at the Lindau Nobel Laureate Committee meeting as well as at the World Economic Summit and UN General Assembly meetings in New York. It is clear that this is an idea whose time has come!

In the Economic Summit Europe meeting, 12-13 April 2018, the focus will be on the practical applications of EoM in business and management practice as well as in government and public policy. The goal:

The organizing partners for this meeting are the Economic Summit, Sallux and GIDS Network Netherlands. The first day is hosted by the ChristenUnie party at the Dutch Parliament Buildings in The Hague. Attendance at the Economic Summit Europe meeting is by invitation only..

This meeting is by invitation only. If you would like an invitation, contact Dr. Arleen Westerhof at register@economicsummit.eu. Once your application has been approved, we will send you a link and information to complete the application process and to reserve a hotel room if necessary.