Study Finds Ethics Can Be Taught – In Finance, At Least

“Advocates for ethics testing argue that financial crises and corporate scandals, from the 2001 Enron scandal to the Great Recession of 2007 to 2010, can often be traced back to poor conduct training and a lack of social norms. Critics, such as the management guru Peter Drucker, question whether ethics can or even should be taught. In their view, business ethics courses were created ‘largely for the sake of appearances.’ […] So, can ethics be taught? According to our new research the evidence points to ‘yes’.”

“As my colleagues Michael Porter, George Serafeim, and I point out in a recent article, “Where ESG Fails,” most sustainability reporting is unreliable, inconsistent, and largely covers factors that are immaterial both to the economic performance of the company and to the company’s global impact. […] If Fink is correct in predicting that capital will increasingly be allocated to those companies with the most sustainable business models, then investors will need new sources of data to understand and anticipate the economic significance of sustainability strategies.”

“Civil society organisations, academics and journalists have begun questioning whether responsible investment can bring about the level and pace of change required to enable an inclusive climate change transition. They are also highlighting the high risk of greenwashing – when companies set ambitious climate goals but have no plans for how to get there. To better understand whether the financial industry is really shifting, we looked to South Africa, a country with a leading regulatory framework for responsible investment.

“Initially, crowdfunding brought great optimism that it would have a “democratising effect” on finance. On the one hand it would enable entrepreneurs excluded from traditional sources of finance to attract funding. And, on the other, it would provide new opportunities for people with even relatively modest amounts of money to invest. […] Our work has reviewed the available research on crowdfunding to examine whether this relatively recent method of financing new and small businesses lives up to the lofty claims of democratising investment in the 21st century.”

“More consumers want companies to address societal problems, including climate change and crumbling infrastructure. Additionally, more than half want to buy from brands that take stands on social issues. At the same time, consumers are increasingly skeptical about these partnerships, seeing them as marketing stunts. It’s called wokewashing.”

Finance, Class, and the Birth of Neoclassical Economics: The Marginalist Revolution Revisited

“In economic textbooks, the concept of ‘value’ is regarded as nothing more than the prevailing market price. This definition might seem self-evident, but it stands in sharp contrast to the classical theories of Adam Smith and David Ricardo, who used the notion of ‘value’ to probe beneath the surface of the market and discover objective factors that regulate economic exchanges. It was only in the late nineteenth century, when the idea of ‘marginal utility’ was first introduced into the field, that ‘value’ came to be viewed as a subjective measure that is reflected in prices.”

The motives that companies have for sustainable business vary. Two types of motives are often...

“In many cases, publishers became small parts of media conglomerates, such as CBS and News Corp. Fixation on profit raised the hackles of authors and editors, who penned screeds, held protests, and eventually created an alternative system: nonprofit publishing. […] But had this made any difference for what lay between a novel’s covers? Did conglomeration change the stories we told or how we told them? It’s a big question. Thousands of novels were published each year, more than I could read even a fair sample from to make any determinations. For help, I turned to new data science methods.”

“U.S. states and cities hand out tens of billions in taxpayer dollars every year to companies as economic incentives. These businesses are supposed to use the money, typically distributed through economic development programs, to open new facilities, create jobs and generate tax revenue. But all too often that’s not what happens, as I’ve learned after doing research on the use of tax incentives to spur economic development in cities and states across the country, particularly in Texas.”

“The ideology of handbag economics claims that money is to be generated only through market activity and that it is always in short supply. Request for increased public expenditure is almost invariably met with the response ‘where’s the money to come from?’ When confronted by low pay in the NHS, the British prime minister, Theresa May, famously declared, ‘there is no magic money tree’. So where does money come from? And what is money anyway?”

Latest articles & blogs in all categories

Random pick from our bookshelf 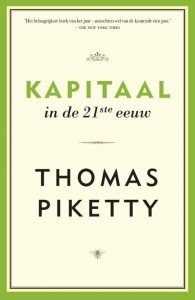