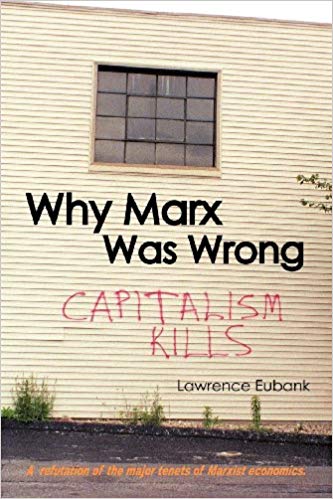 The subject of Why Marx Was Wrong is the ''negative assault on democratic capitalism'' embodied in Capital; A Critique of Political Economy, Marx's great work devoted to delineating the crimes and inequities of capitalist societies and market economies. The book is a systematic, step-by-step analysis of Marx's logic. It is a deconstruction of the arguments and deductions by which he reaches his main conclusion: that capitalism is corrupt in its essential nature, and that capitalists gain wealth not by any legitimate means, but by appropriating unpaid labor or ''surplus value'' from the working masses. Despite the disappearance of the Soviet bloc and the waning of Communist zealotry, that is still a widely-believed doctrine. Marx's accusation against capitalism, and the course of argumentation by which he arrives at it, together form the subject of the present volume.

A new version of this book has appeared in 2018 as Marx's Sophistries;  The Fractured Logic of Das Kapital

Lawrence Eubank, a computer programmer and consultant for 25 years, is now a free-lance writer, with articles published in Chronicles - A Magazine of American Culture; the British magazine Quarterly Review; and online at NewsRealBlog, WorldNetDaily and EnterStageRight.

"The author adeptly uses Marx’s own work Capital: A Critique of Political Economy to skewer the socialist philosopher, highlighting statements Marx made and refuting them one by one. Eubank adds his own commentary (which is unerringly critical of Marx) and cites the writings of others to support his pro-capitalist argument. Essentially, chapters follow the basic format of quoting passages from Marx’s work and lambasting them. [...] Unfortunately, the book has a weakness: it is dull and plodding rather than lively and engaging. Quite a bit of the text in the 500-plus pages seems to take on Marx’s writings at a highly technical level. At times, the sentence-by-sentence analysis feels dry and pedantic, certain to be tiresome for the average reader. And since the book concentrates almost solely on a single work of Marx’s, it has a very narrow focus. As a result, this tome is likely to be most appropriate for academics and others with more than a casual interest in Marxist philosophy as it compares to capitalism. A scholarly study thoroughly researched but ponderous and suitable only for those with a burning desire to see Marxist theory deconstructed." 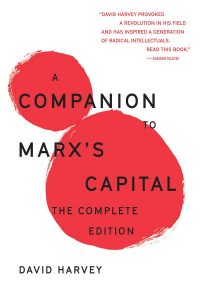 A Companion to Marx's Capital - The Complete Edition (2018)