By David Colander and Craig Freedman 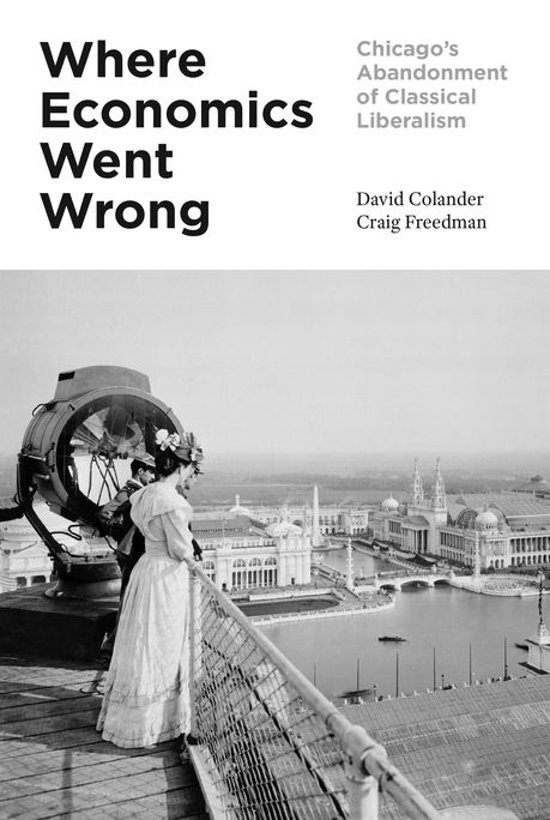 Milton Friedman once predicted that advances in scientific economics would resolve debates about whether raising the minimum wage is good policy. Decades later, Friedman’s prediction has not come true. In Where Economics Went Wrong, David Colander and Craig Freedman argue that it never will. Why? Because economic policy, when done correctly, is an art and a craft. It is not, and cannot be, a science. The authors explain why classical liberal economists understood this essential difference, why modern economists abandoned it, and why now is the time for the profession to return to its classical liberal roots.

Carefully distinguishing policy from science and theory, classical liberal economists emphasized values and context, treating economic policy analysis as a moral science where a dialogue of sensibilities and judgments allowed for the same scientific basis to arrive at a variety of policy recommendations. Using the University of Chicago—one of the last bastions of classical liberal economics—as a case study, Where Economics Went Wrong examines how both the MIT and Chicago variants of modern economics eschewed classical liberalism in their attempt to make economic policy analysis a science. By examining the way in which the discipline managed to lose its bearings, David Colander and Craig Freedman delve into such issues as the development of welfare economics in relation to economic science, alternative voices within the Chicago School, and exactly how Friedman got it wrong.

Contending that the division between science and prescription needs to be restored, Where Economics Went Wrong makes the case for a more nuanced and self-aware policy analysis by economists.

"In their recent book Where Economics Went Wrong, David Colander and Craig Freedman (2018) argue that economics went wrong when it abandoned the Classical liberal firewall that demanded separation of scientific theory from the art of policy making. Colander has long advanced the idea that applied economics should be classified neither as positive nor as normative economics. Instead it should be placed in a third category, 'the art of economics;' art requires vision and acumen in addition to knowledge and technique, and is thus more akin to engineering than the natural sciences. The primary contribution of Where Economics Went Wrong is thus to advance Colander’s general argument through the specific story of Chicago Economics. This essay make two interconnected claims. First, while I agree with Colander and Freedman that applied economics would benefit from more art and less calculation, the Chicago School is not the best vehicle by which to tell a convincing story. Second, a thicker history of the Chicago School reminds us of the importance of institutions and rules, not only for understanding the economy but also for thinking about how economists have constructed our discipline and how internal institutions and incentives affect our behavioral choices."

"The authors tell a story about the evolution, and devolution, of economic theory and methodology. Many economists, especially those who work outside the mainstream, know that the profession was greatly influenced by the scientific revolution in economics and the Chicago School. The related pressure for ideological purity and the narrow perspective on economic policy was not lost on those who took a broader methodological approach. For years, non-compliance with mainstream thought and method constrained the influence and career paths of otherwise excellent economists. Not all who were influenced by this phenomenon know the details of the Chicago story. This book will help the reader understand how economics, at least as a relevant policy science, went off the rails and the role the Chicago School played in the derailment. It is an interesting and relevant story that invites a return to policy relevance. The book consists of nine chapters covering 162 pages, followed by 97 pages of endnotes. The choice to use extensive footnoting seems to be driven by a desire to provide a well-documented argument while still making the book accessible to those who are not history of thought specialists. The authors have been successful; however, even in its kinder and gentler form, readers will benefit from at least a cursory understanding of the history of economic thought. The book is enjoyable and informative and is presented in a way that builds the reader’s interest as the story continues."

"The transformation of classical political economy into economic science and from economic science to economic engineering is the subject of David Colander and Craig Freeman's stimulating and important book, Where Economics Went Wrong. I have subtle disagreements with the book, but those disagreements are far less interesting than my general agreement with the central thesis of the book. So I would like to stress those points of agreement in this review. [...] There is a treasure trove of information in its pages, and a wealth of wisdom in its central message."

"I want to argue that the book fails on three accounts. First, I will argue that the distinction between scientific economics and political conclusion is different from what the authors assume it is. That is an argument on methodology. Second, I believe that the role of the Chicago school for the development of modern economics is exaggerated, an argument from the history of economics. Third, I found some arguments very problematic. That is an argument about proper behaviour in academic disputes."

Table of Contents of Where Economics Went Wrong

About David Colander and Craig Freedman 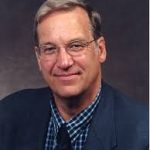 David Colander received his Ph.D. from Columbia University and has been the Christian A Johnson Distinguished Professor of Economics at Middlebury College, Middlebury, Vermont since 1982. In 2001-2002 he was the Kelly Professor of Distinguished Teaching at Princeton University. He has authored, co-authored, or edited over 35 books and 100 articles on a wide range of topics. His books have been, or are being, translated into a number of different languages, including Chinese, Bulgarian, Polish, Italian, and Spanish. He has been president of both the Eastern Economic Association and History of Economic Thought Society and is, or has been, on the editorial boards of numerous journals, including Journal of Economic Perspectives and the Journal of Economic Education. 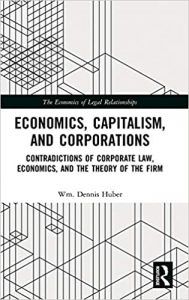 Economics, Capitalism, and Corporations: Contradictions of Corporate Law, Economics, and the Theory of the Firm (2020) 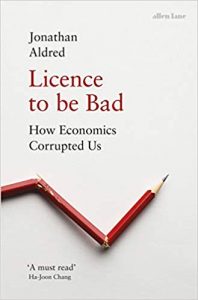 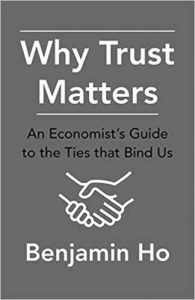 Why Trust Matters: An Economist's Guide to the Ties That Bind Us (2021)