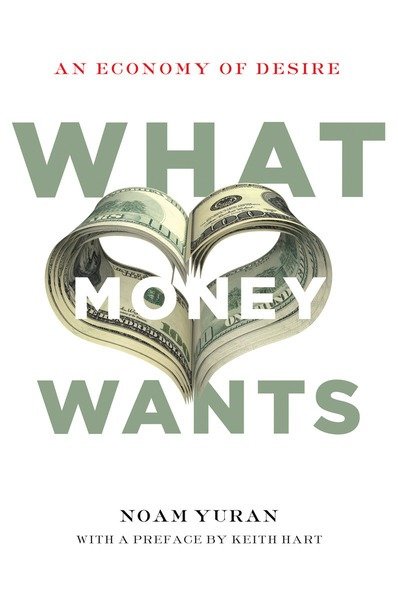 What Money Wants: An Economy of Desire follows the peculiar place of greed in economic thought. While contemporary economics systematically refuses to discuss greed as an economic phenomenon, its fingerprints are abundant in the work of economic thinkers who were eventually banished from the discipline.

One thing all mainstream economists agree upon is that money has nothing whatsoever to do with desire. This strange blindness of the profession to what is otherwise considered to be a basic feature of economic life serves as the starting point for this provocative new theory of money. Through the works of Karl Marx, Thorstein Veblen, and Max Weber, What Money Wants argues that money is first and foremost an object of desire. In contrast to the common notion that money is but an ordinary object that people believe to be money, this book explores the theoretical consequences of the possibility that an ordinary object fulfills money's function insofar as it is desired as money.

Rather than conceiving of the desire for money as pathological, Noam Yuran shows how it permeates economic reality, from finance to its spectacular double in our consumer economy of addictive shopping. Rich in colorful and accessible examples, from the work of Charles Dickens to Reality TV and commercials, What Money Wants convinces us that we must return to Marx and Veblen if we are to understand how brand names, broadcast television, and celebrity culture work. Analyzing both classical and contemporary economic theory, it reveals the philosophical dimensions of the controversy between orthodox and heterodox economics.

Read the preface or

"Since money is customarily viewed as a means rather than end, desire for money itself (and not the things it can buy), which for Yuran is the very structure sustaining money, remains unrecognized in economic thought except as pathology. This impasse provides a powerful foundation for Yuran’s alternative account. [...] Yuran’s moves from the mundane and contemporary to high theory and historical myths, and across conceptual divides, are effective. An important strand of argument emerging from these explorations ties money with the consumer economy by showing that money’s quality as endlessly exchangeable depends on every other commodity not being so. This structural argument, developed from Marx, offers deep insights about the commodity at the same time that it traverses the material/symbolic dichotomy informing histories of money and shows a continuity between our own form of symbolic money and older ones based in material substances like gold. [...] While What Money Wants advances a compelling critique of orthodox thought and an alternative account of economic phenomena, Yuran’s emphasis on persistence and inescapable trauma left me wondering whether What Money Wants offers a route out of the social structures it critically theorizes. Critical theory has often flagged the social as theoretical remedy. Yuran, however, conceptualizes a social that is not only incomprehensible to individual subjects but also persisting (diachronically) and all encompassing (synchronically); the social itself thus becomes a malady that cannot, on these theoretical terms, be overcome."

Sandy Ross on The British Journal of Sociology wrote:

"After reading this book three times, I still find myself wondering what exactly it is that Noam Yuran wants. Or more precisely, what was intended with What Money Wants. Is this a book about money? If so, it has several curious digressions and does not offer an entirely consistent account of desire. Or is this volume intended as a challenge to orthodox economics? If so, there is little engagement with contemporary heterodox economists, though there is some attention paid to Keynes. Or is this a literature review, though admittedly an excellent one, that has grown a bit too large and has tried to become a book? [...] What Money Wants offers a series of provocations rather than a single argument, and amidst these speculations patient economic and cultural sociologists will find a treasure trove of novel ideas and approaches to well‐known texts. As Keith Hart remarks in his preface, the book is frustrating and rewarding in equal measure. [...] Though the manuscript could have been better served editorially – repetitive phrases may try the patience of even sympathetic, interested readers – What Money Wants is based on admirable scholarship."

Table of Contents of What Money Wants 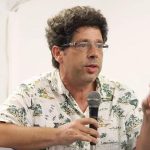 Noam Yuran studies the history and philosophy of economic thought, the history of capitalism and media theory. He studied in the Cohn Institute for the History and Philosophy of Sciences and Ideas at Tel Aviv University and in the Department of Philosophy at Ben Gurion University. Noam's teaching and research turn to the history of economic thought as a way to explore alternative conceptualizations of the relations between economy and society. While contemporary economics is unequivocally committed to methodological individualism, the history of the discipline professes various approaches which conceive of the economy as historically and socially embedded. Noam's research aims at demonstrating the relevance of such approaches to contemporary economy and society. 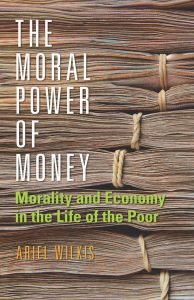