We the Corporations; How American Businesses Won Their Civil Rights (2018)

We the Corporations chronicles the astonishing story of one of the most successful yet least well-known “civil rights movements” in American history. Hardly oppressed like women and minorities, business corporations, too, have fought since the nation’s earliest days to gain equal rights under the Constitution—and today have nearly all the same rights as ordinary people.

Exposing the historical origins of Citizens United and Hobby Lobby, Adam Winkler explains how those controversial Supreme Court decisions extending free speech and religious liberty to corporations were the capstone of a centuries-long struggle over corporate personhood and constitutional protections for business. Beginning his account in the colonial era, Winkler reveals the profound influence corporations had on the birth of democracy and on the shape of the Constitution itself. Once the Constitution was ratified, corporations quickly sought to gain the rights it guaranteed. The first Supreme Court case on the rights of corporations was decided in 1809, a half-century before the first comparable cases on the rights of African Americans or women. Ever since, corporations have waged a persistent and remarkably fruitful campaign to win an ever-greater share of individual rights.

Although corporations never marched on Washington, they employed many of the same strategies of more familiar civil rights struggles: civil disobedience, test cases, and novel legal claims made in a purposeful effort to reshape the law. Indeed, corporations have often been unheralded innovators in constitutional law, and several of the individual rights Americans hold most dear were first secured in lawsuits brought by businesses.

Winkler enlivens his narrative with a flair for storytelling and a colorful cast of characters: among others, Daniel Webster, America’s greatest advocate, who argued some of the earliest corporate rights cases on behalf of his business clients; Roger Taney, the reviled Chief Justice, who surprisingly fought to limit protections for corporations—in part to protect slavery; and Roscoe Conkling, a renowned politician who deceived the Supreme Court in a brazen effort to win for corporations the rights added to the Constitution for the freed slaves. Alexander Hamilton, Teddy Roosevelt, Huey Long, Ralph Nader, Louis Brandeis, and even Thurgood Marshall all played starring roles in the story of the corporate rights movement.

In this heated political age, nothing can be timelier than Winkler’s tour de force, which shows how America’s most powerful corporations won our most fundamental rights and turned the Constitution into a weapon to impede the regulation of big business.

From pre-Revolutionary times to now, We the Corporations: How American Businesses Won Their Civil Rights charts the strategies and philosophical battles that have now earned state-created corporate entities much the same civil rights as individual citizens. Professor Winkler argues that this has occurred because corporate rights 'have largely been won in the courts, not in the streets, and have developed largely without much public scrutiny.' [...] Another reason corporations have been so effective is their ability to afford the best lawyers. [...] Of the many fascinating surprises of We the Corporations, none is more consequential than its rejection of the conventional wisdom that treating corporations as legal 'persons' has fueled the corporate rights movement. In fact, where courts have recognized corporations as 'people,' it has usually been for narrow purposes such as the right to enforce contracts or other property rights. Professor Winkler convincingly demonstrates that the more expansive theories of corporate rights often rest on piercing the so-called corporate veil and allowing the corporation to effectively enforce the rights of its shareholders in its own name. Ironically, the same corporatists who have embraced piercing the corporate veil for the purpose of securing new rights are the most vociferous in enforcing the veil to protect the corporation from any possible liabilities. As we await the Supreme Court’s decision in the critical case of whether a business can decline to serve a customer based on its distaste for same-sex marriages, all citizens would do well to pick up a copy of We the Corporations to understand the full implications of what it decides."

"Winkler’s chief contribution is to show how corporations have been some of the most important innovators in American law, shaping it for good and often ill. [...] Winkler frames this history provocatively, as an ongoing “civil rights” movement for corporations [...] Corporations have rarely won rights by trumpeting their own importance, or openly arguing for civil rights. Instead, over generations, they have succeeded by claiming that corporate rights are necessary and useful tools for vindicating the rights of others — of people. [...] Much of the value of Winkler’s book lies in his elegant stitching together of 400 years of diverse cases, allowing us to feel the sweep and flow of history and the constantly shifting legal approaches to understanding this unusual entity — Blackstone’s 'artificial person.' [...] However, there is one somewhat shocking lacuna. He fails to consider the revolution in monopoly law in the last 40 years. [...] Despite this omission, Winkler’s book provides a masterful retrospective map at a time when people are feeling bewildered and enraged by growing corporate power. In essence, he offers an important answer to the question “How did we get here?” Of course, there are two kinds of answers to that question — the literal and the structural. The literalist will tell you what buses and trains and ferries you took to get from your old house to your new house; the structuralist will explain why you moved across the country in the first place. Winkler is largely in the literalist camp. [...] Winkler’s historical lens is both maddening and refreshing, for the same reason. It’s maddening because he often deals lightly with major forks in the road. [...] History has reasons, but in Winkler’s telling those reasons are often dependent on individuals, not broad ideological shifts. Yet this breeziness is refreshing because the book is anti-deterministic. [...] By nailing down the absurdities of the past, Winkler allows us to see how the future becomes more open. We need neither abolish corporations nor accept them as they are; we can instead fight for new laws and for new Supreme Court justices. If we don’t like how corporations have appropriated civil rights in the name of citizens, we can change that."

"Populists of all parties have long attacked corporations as unwelcome intruders in American life. Winkler, however, emphasizes that corporations have been with us from our colonial beginnings. Many of the original settlements, and eventually the colonies themselves, were products of corporate charters authorized by the king of England. [...] Winkler’s history of corporate rights will likely surprise those who only ever see anti-corporate good guys battling it out with black-hatted corporate shills. [...] Winkler wrote We the Corporations for a popular audience. He therefore spends much of the book depicting the often-colorful backgrounds of various individuals who played major roles in the battle over corporate rights. Whether this is a sound choice is a matter of taste. Some may find these descriptions liven a dull subject; others, like this reviewer, might find them trivial and distracting. [...] I would be more tolerant of these descriptive detours if Winkler’s legal analysis were more thorough and meticulous, as should be expected from a 400-page tome by a law professor. Though I don’t have any significant reservations about the general trustworthiness of the book, I did notice a lack of precision in his discussion of case precedents. One of the book’s important themes is that businesses, blessed with the resources to pursue novel legal theories through top lawyers, are often pioneers in establishing constitutional rights that also apply to individuals. [...] We the Corporations is not an ideological tract, but Winkler repeats standard—and dubious—progressive historiography as fact. [...] Winkler confuses pro-free market organizations founded in the 1970s, such as the Cato Institute and the Heritage Foundation, with pro-corporate flack. This conflation of corporate interest with free markets raises a broader conceptual issue. Any given corporation’s interest can lie in either more or less government regulation, depending on the circumstances. [...] The widely diverse interests of corporations, depending on location, size, industry, and so on, provide an important reason that “corporate” political influence is frequently exaggerated—the influence of one corporate interest group is often counterbalanced by another with opposing interests. We the Corporations neglects this dynamic, instead implicitly adopting the premise that corporations have a uniform interest in less regulation. [...] One arena in which the Right competes on something like a level playing field is in raising and spending money on political causes. The desire to circumscribe the Right’s ability to appeal directly to the public surely helps explain why the Left is so keen on regulating political spending. The Left does not, however, want the government to regulate how the New York Times spends its resources, even though, by setting the news agenda, the Times likely has had a greater influence on public opinion than all corporate political spending combined. That raises an important question for opponents of Citizens United: under what theory may the government regulate the participation of a non-media corporation in the political process, which would not allow it also to regulate the content of the Times? Answering this question has proven extremely difficult. In We the Corporations, Adam Winkler resolved the dilemma by not even raising the question."

Debate with Winkler on the Book

A 1+ hour event at the National Constitution Center, 30 April 2018. The other discussant is Kent Greenfield, author of Corporations Are People Too (And They Should Act Like It):

Table of Contents of We the Corporations

Part Four - The Rise of Liberty Rights for Corporations 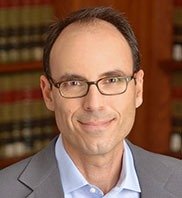 Adam Winkler is a professor at UCLA School of Law, where he specializes in American constitutional law, the Supreme Court and gun policy. His scholarship has been cited in landmark Supreme Court cases on the First and Second Amendments, and he is one of the twenty most cited law professors in judicial opinions today. His popular writing has appeared in - among others - the New York Times, Wall Street Journal, Washington Post, Los Angeles Times, New Republic, Atlantic, Slate, and Scotusblog. 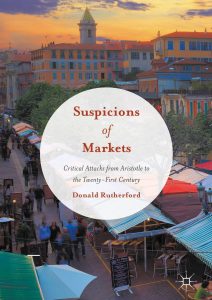 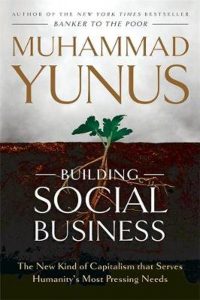