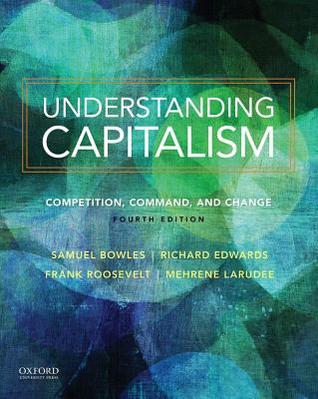 Understanding Capitalism: Competition, Command, and Change, first published in 1985 but now in its fourth edition (2017), is an introduction to economics that explains how capitalism works, why it sometimes fails, and how it undergoes and brings about change. It discusses both the conventional economic model and the role of power in economic interactions. Understanding Capitalism analyzes how profit-seeking is a source of competition among firms, conflict, and change.

New to this Edition

ON THE THIRD EDITION: "The first edition of this book appeared in 1985, and the second in 1993. Each immediately became the leading textbook for introductory political economy courses with a Left orientation. [...] the unique accomplishment of the book is to embed introductory conventional economics in a much broader context of contemporary supra-disciplinary social science. The authors maintain their now familiar metaphor of 'three-dimensional' economics. The horizontal dimension is that of voluntary exchange, the site of competitive markets; the vertical dimension is that of command, the realm of power relations; and the third dimension of economic systems shifts the focus to dynamics, to how social systems change throughout time. Conventional introductions to economics narrowly confine themselves to the horizontal dimension [...] I have used all three versions of this text more times than I care to remember as the backbone of a one-semester, prerequisiteless, interdisciplinary introduction to political economy. Students find it challenging and, most importantly, transforming. There is lots of discussion. Most students have no previous coursework in economics. Those who do very well in the course are then quite adequately prepared to move directly on to a standard intermediate theory sequence. The students in the course with prior training in economics learn no less than (if somewhat differently from) the others. Scales fall from their eyes as the blinkered version of economics they bring to the course is placed in broader critical social scientific contexts. I have also used previous editions in informal study groups beyond academia and, as well, in intensive lecture series for students at the University of Havana. There is no better general introduction to political economy and in particular to the political economy of the United States in existence."

ON THE THIRD EDITION: "The idea behind a textbook like this is to give enough economics to undergraduate students to help them understand the economy without making the subject matter too theoretical or complicated. At the same time, the author(s) would like to make economics a relevant and timely subject in hopes that the student's interest will be peaked for more advanced study. Lastly,the book has to be good enough so that those teaching from it enjoy the material and can use it to inspire themselves and their students. Bowles et al. in Understanding Capitalism hit the mark on all accounts in the 3rd edition of their text. [...] The main difference between Bowles et al. and The Economic Way of Thinking by Paul Heyne, Peter J. Boettke and David L. Prychitko and Microeconomics by David Colander is that Understanding Capitalism is more in depth in terms of the history and development of economics as a science as evolved from political economy from the time of Adam Smith through today and the highlighting of the work of six great economic thinkers (Smith, Marx, Schumpeter, Keynes, Coase and Sen) along the way. The book is both a text on economics itself as well as introduction to economics as a category of thought. Importantly as well for those of us seeking texts for undergraduate students, Understanding Capitalism can be used as both a microeconomics and a macroeconomics text as well as a text on economic history and political economy. The book in comparison with Heyne et al. and Colander might be considered as 'Marxist' in outline, though by no means is the book confined to Marxist ideology."

Table of Contents of Understanding Capitalism 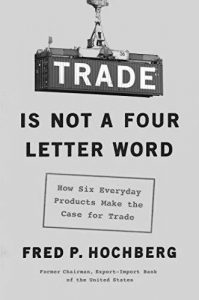 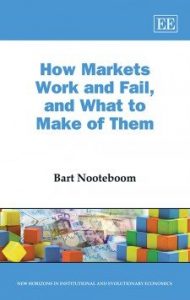 Economics in Two Lessons; Why Markets Work So Well, and Why They Can Fail So Badly (2019)