Capitalism faltered at the end of the 1990s as corporations were rocked by fraud, the stock-market bubble burst and the American business model – unfettered self-interest, privatization and low tax – faced a storm of protest. But what are the alternatives to the mantras of market fundamentalism? Leading economist John Kay unravels the truth about markets, from Wall Street to Switzerland, from Russia to Mumbai, examining why some nations are rich and some poor, why ‘one-size-fits-all’ globalization hurts developing countries and why markets can work – but only in a humane social and cultural context. His answers offer a radical new blueprint for the future.

Lecture by John Kay about the Book

A 1-hour lecture by John Kay about the book (reference is made to an edition that had "Culture & Prosperity" as its main title):

"In this compendious review of the 'genius, limits and follies' of markets, Kay, an economist and Financial Times columnist, writes about almost every part of the globe [...] Kay's globetrotting allows him to include vignettes of Heidi from Zurich, Raoul from Mexico and Sicelo from KwaZulu-Natal to contrast inequalities of economic outcomes and rewards. His purpose in doing so is to demonstrate that 'there is no grand narrative, only little stories'. Economic rules are not absolute and economic models do not translate easily from one place to another, he argues [...] Although market economies in all parts of the world have generally produced greater prosperity than non-market ones, there is no particular market model that has proved itself better than the rest. [...] Not only is the American Business Model not supreme: it is not even an accurate description of the market in America. Unfettered capitalism is supposed to be driven entirely by self-interest, but even on Wall Street people need the approbation of friends, the trust of colleagues, the satisfaction of doing worthwhile tasks, the comfort of being part of social and institutional structures. Kay argues that 'capitalism works in practice only because it is humanised'. This leads him to the idea that a good market must be 'embedded' in an orderly, free society. [...] The Truth About Markets is written with wit and subtlety, its themes enlivened by a wide range of references and its chapters chopped into digestible bites. It is nevertheless a demanding read"

"John Kay’s latest book offers an absorbing romp through the history of economic thought in the 20th century. Kay attempts to explain the complex reality of a modern market system rather than resorting to simplistic theorizing about it. Gone are perfectly rational traders, perfectly competitive markets, incentive compatibilities, low transaction costs, informational symmetries, and no externalities. Kay highlights problems and problem solving as the ubiquitous and historical strata through which markets in the West evolved. [...] The breadth of the book is enlivening. Kay cuts a wide swath through economic history and the history of economic thought. The downside is that he jumps around without always tying the pieces together. The upside is an erudite exposition of modern economic concepts applied to business. [...] Kay attempts to construct a more plausible and self-reinforcing account of how capitalism really functions. This book will be of interest to far more than development economists. In fact, it is mainly geared to microeconomists who can profit from the breadth of new economic ideas repackaged to support a provocative thesis. The first part of the book is slow to develop, and the informal writing style is bothersome at times. One is not given a very clear roadmap of where things are heading. The last half of the book is pure joy as the pieces fit together. This book is highly recommended."

John Kay is one of Britain’s leading economists. His work is centered on the relationships between economics, finance and business. His career has spanned academic work and think tanks, business schools, company directorships, consultancies and investment companies. Kay has been a Fellow of St John’s College, Oxford since 1970 and has held chairs at London Business School, the University of Oxford, and the London School of Economics. He is a Fellow of the British Academy and the Royal Society of Edinburgh. Kay is a director of several public and private companies. He is the author of many articles and has contributed regularly to the Financial Times for over 20 years.

Table of Contents of The Truth about Markets

Part One - The Issues

Part Four - The Truth about Markets

Part Five - How It All Works Out

Veblen: The Making of an Economist Who Unmade Economics (2020) 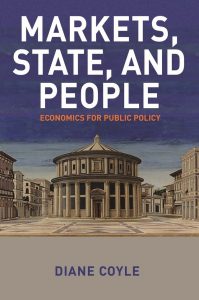 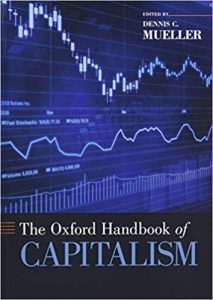 The Oxford Handbook of Capitalism (2012)