The Strange Non-Death of Neoliberalism (2011) 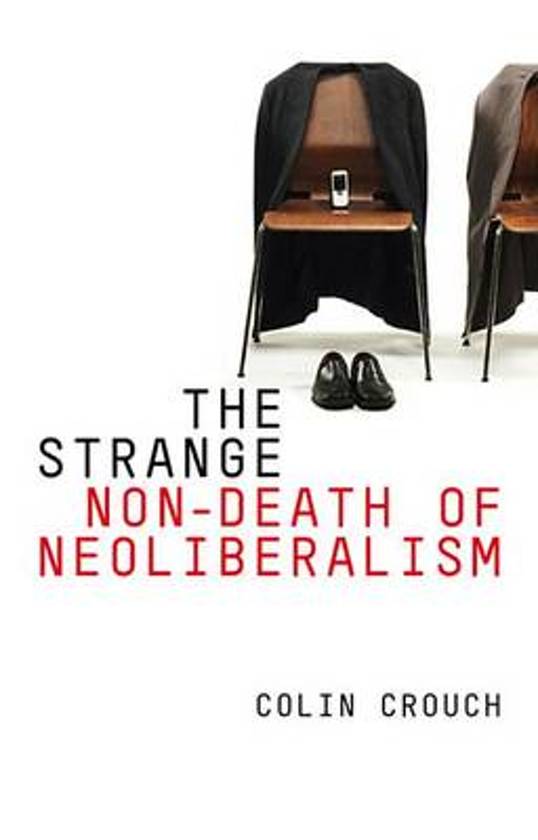 The financial crisis seemed to present a fundamental challenge to neoliberalism, the body of ideas that have constituted the political orthodoxy of most advanced economies in recent decades. Colin Crouch argues in The Strange Non-Death of Neoliberalism that it will shrug off this challenge. The reason is that while neoliberalism seems to be about free markets, in practice it is concerned with the dominance over public life of the giant corporation. This has been intensified, not checked, by the recent financial crisis and acceptance that certain financial corporations are ‘too big to fail'.

Although much political debate remains preoccupied with conflicts between the market and the state, the impact of the corporation on both these is today far more important. Several factors have brought us to this situation:

Both democratic politics and the free market are weakened by these processes, but they are largely inevitable and not always malign. Hope for the future, therefore, cannot lie in suppressing them in order to attain either an economy of pure markets or a socialist society. Rather, Crouch argues in The Strange Non-Death of Neoliberalism, it lies in dragging the giant corporation fully into political controversy. Here a key role is played by the small, cash-strapped campaigning groups who, with precious little help from established parties, seek to achieve corporate social accountability.

Reviews:Steven Poole on The Guardian wrote:

"Crouch sketches the history of 'liberal', 'social democractic' and 'neoliberal' ideas, the last found wanting by the global financial crisis. The opposition between 'state' and 'market', he argues, fails to credit the importance of companies, particularly 'giant' ones (or 'transnational corporations'), as a third force that can be in conflict with one or both of the others. The only remedy for our present ills, apparently, is 'civil society' in an always uneasy four-way counterbalance with state, markets and firms. The story is packed with thought-provoking reframings: financial irresponsibility is now a 'collective good'; and 'the idea of a 'job'' now seems very weird to me indeed.

"Overall Crouch provides a compelling explanation for the resilience of neoliberalism. [...] what is annoying from an academic perspective is the deliberate intention not to burden thework with references in order to address the general reader. Not only is this rather dismissive of thegeneral reader but means that key works are overlooked, in particular Karl Polanyi ’s (1957) analysis of state/market relations which this book quite successfully takes forward and moves beyond tomatch the changing conditions of the twenty-first century."

"The main reason for neoliberalism’s survival, he suggests, is a factor which is usually concealed or obscured by discourses which frame the debate interms of the market versus the state. That missing factor, he argues, is the dominance of public life by giant corporations. [...] It’s not a new or startling conclusion, but, in developing his argument, Crouch usefully exposes the yawning chasm between the claims of neoliberalism and the reality of their implementation. [...] Any notion, however, that Crouch believes that such an amoral system driven by competition and greed requires replacement or at the very least radical reform is quickly dispelled. On the contrary, as he argues in the introduction to his book, ‘very few people areever in a position to change the world, and among those few are many who would change it forthe worse. There is a far, far bigger audience of people who have to cope as best they can withthe world they find. It is for them that this book is written’."

"The Strange Non-Death of Neoliberalism has two main themes. First, it tracks the ideological battles between Keynes’ disciples, who used the levers of the State to deliver collective goals of greater equality, and the successors to this – the ‘neoliberals’, who colonised both right and left to pursue economic goals based on a far narrower conception of welfare and efficiency. Springing from this, and providing the book’s other, bolder, thesis is the claim that the outcome of this battle has given us a politics, as well as an economics, dominated by large corporations. [...] Crouch does not indulge in the conspiracy theories of the anti-globalisation Left, as he does not view big private companies as inherently malignant. But he does worry that existing analyses of the state-market nexus fail to appreciate how influential they are, an oversight which allows some big firms to get away with bad behaviour. The key problem is that political and economic theorists often assume a neat dividing line between state and market. Big corporations upset this balance, however. They exist in the realm of markets, which they are frequently able to dominate because of their size. But they also use their importance in the economy and indirect leverage over growth and employment to manipulate politicians. [...] Crouch has given us a well-reasoned and tightly argued analysis of our present predicament. Although written for the intelligent general reader, rather than subject specialists, his insights constantly provoke and illuminate. Far from being merely a dry dissection of neoliberal theory, the book also addresses how to make corporations behave better. Crouch suggests beefing up corporate social responsibility, and using public pressure by consumers and shareholders to rein them in. To those who agree with his analysis of corporate power these solutions may seem weak – but then no one ever suggested sorting out the entanglement of corporate power and politics was going to be easy."

Mark Blyth on ILR Review: The Journal of Work and Policy wrote:

"The book makes two distinctive contributions. First, it brings the politics back into the study of firms by overturning, and thereby enriching, our understanding of what neoliberalism actually is through Crouch's concepts of the Chicago Economy and the Chicago Firm. Second, it expands on and refines his idea of privatized Keynesianism as the redistributionary bedrock of the neoliberal order. [...] Crouch gives us a compelling and insightful diagnosis, one worth engaging with and expanding upon. The concepts of a Chicago Firm and a Chicago Economy really challenge the standard line on what neoliberalism is and how it operates. Meanwhile, the notion of privatized Keynesianism as a hidden regime of accumulation and redistribution will surely spawn, if it has not done so already, many new avenues of research. But if Crouch is right, what can challenge this depressing state of affairs since it cannot be the state itself or the top echelon of consumers and producers who benefit by it? Here Crouch focuses in his later chapters on rebuilding and expanding on the notion of corporate social responsibility while engaging with a plethora of diverse and disparate social actors outside the implicit social bargain of privatized Keynesianism. Crouch cites five main value-driven agents in civil society that he sees as potential challengers to the regime of the Chicago Economy / Privatized Keynesianism: political parties (in whom he has little faith), religious actors (vulnerable to capture), campaigning NGOs and the like (too small and disparate to matter), the voluntary and charitable sector, and "the
professions." At the end of laying all of this out, Crouch seems far from convinced in his own alternative [...] The strength of the book then is not prognosis, at least not in the terms offered here among the flotsam and jetsam of civil society, but in its diagnosis."

Lecture by Colin Crouch on the Book

Table of Contents of The Strange Non-Death of Neoliberalism 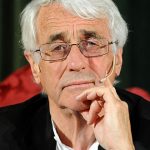 According to Wikipedia "Colin Crouch, Fellow of the British Academy (born 1944), is an English sociologist and political scientist. He coined the post-democracy concept in 2000 in his book Coping with Post-Democracy. Colin Crouch is currently Emeritus Professor at the University of Warwick and an External Scientific Member of the Max Planck Institute for the Study of Societies." 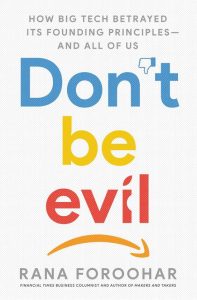 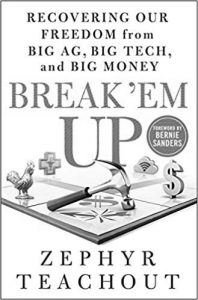 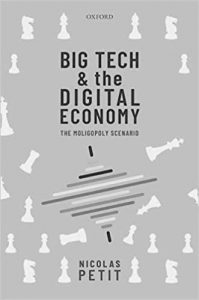 Big Tech and the Digital Economy: The Moligopoly Scenario (2020)