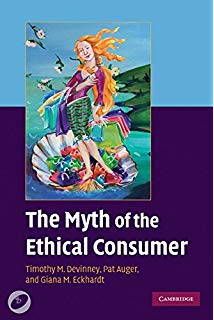 The Myth of the Ethical Consumer:

Do consumers really care where products come from and how they are made? Is there such a thing as an 'ethical consumer'? Corporations and policy makers are bombarded with international surveys purporting to show that most consumers want ethical products. Yet when companies offer such products they are often met with indifference and limited uptake. It seems that survey radicals turn into economic conservatives at the checkout.

This book reveals not only why the search for the 'ethical consumer' is futile but also why the social aspects of consumption cannot be ignored. Consumers are revealed to be much more deliberative and sophisticated in how they do or do not incorporate social factors into their decision making. Using first-hand findings and extensive research, The Myth of the Ethical Consumer provides academics, students and leaders in corporations and NGOs with an enlightening picture of the interface between social causes and consumption.

"the notion of the 'ethical consumer' has not been demonstrated to be an absolute in any of the consumer values versus behavior or socioeconomic aspects of purchaser decisions literature. Rather, as acknowledged by the authors, consumers bring a 'range of social issues [that] include economic and political issues' (p. 152). Yet, the authors seem to indicate that the 'ethical consumer' is a single-stripe character, and thus mythical. Their argument fails because ethical behavior is human behavior, with no one source of derived moral value (ethics isn't a genetic characteristic like eye color; it is acquired, varied, inconsistent, and imperfect). Defining an "ethical consumer" as making absolute choices of salient social characteristics is no different from consigning a consumer to being strictly a 'functional' consumer. In this fable, the 'ethical consumer' is not permitted to have more than one stripe."

"Framed around the question ‘why do survey radicals turn into economic conservatives at the check-out?’, the book incorporates a combination of experimental, interview and survey methods in a series of non-representative cross-national studies. It makes a case for using more robust methods to illustrate the circumstances under which consumers include socio-political criteria into their consumption choices. [...] through situational interviews of 160 participants in eight countries, the authors provide insight into rationales that prevent consumers from behaving in a manner consistent with consumer social responsibility. [...] the authors grouped justifications for such behavior into three culturally based frames. ‘Economic rationalists’ justified their behavior by citing the primacy of price and individual utility. ‘Government dependency’ consumers downplayed individual responsibility because, in their view, the government is responsible for monitoring and regulating ethical dimensions of consumption. Participants from developing countries invoked ‘developmental realism’ arguments to justify their behavior as a natural part of the process toward economic growth and prosperity. Due to the absence of self-identified ethical consumers as well as non-representative samples, the authors fall short of demonstrating the mythic nature of ethical consumers. In addition to a lack of evidence supporting their assertions about the myth, the theoretical discussion in the book has another major flaw: framing the work as apolitical and atheistic with reference to social consumption. In arguing that they are apolitical, they fail to acknowledge that there are political dimensions to all consumption and that the very act of characterizing some product attributes as ‘social’ and others as ‘functional’ constitutes a political decision. [...] Unfortunately, the weakness of the theoretical argument, the non-representativeness of the studies, and the characterization of the underlying assumptions of the so-called myth will likely mean that this book will generate less controversy than the authors would have liked."

Videos Related to the Book

A 2-minute trailer for the DVD that comes with the book:

A more recent interview (2016, 3 minutes) with the first co-author of the book on his work in consumption ethics:

These are the bios at the time of publication of the book, please visit the websites of the authors for an update. 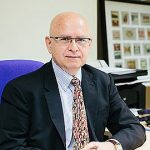 Timothy M. Devinney is Professor of Strategy at the University of Technology, Sydney. He is a fellow of the Academy of International Business, a recipient of an Alexander von Humboldt Research Award, a Rockefeller Foundation Bellagio Fellow, an International Fellow of the Advanced Institute of Management (UK), and Distinguished Member (Fellow) of the Australian and New Zealand Academy of Management. He has published six books and more than eighty articles in leading academic journals. 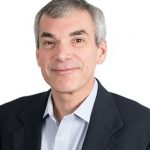 Pat Auger is Associate Professor of Information Systems and e-commerce and Director of the Executive MBA Program at the Melbourne Business School, The University of Melbourne. He has published extensively in leading academic journals in a variety of disciplines including information systems, marketing, business ethics, and strategy. 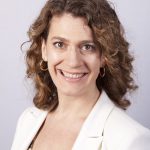 Giana M. Eckhardt is Associate Professor of Marketing at Suffolk University, Boston. She has published widely on issues related to consumer behavior in China, branding, culture and globalization in Asia, and consumer ethics. Her research has been funded by and won awards from the Sheth Foundation and the Marketing Science Institute 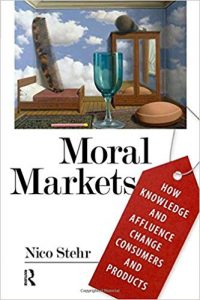 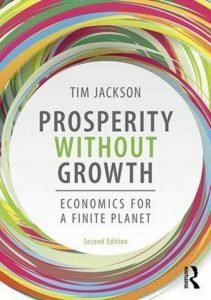 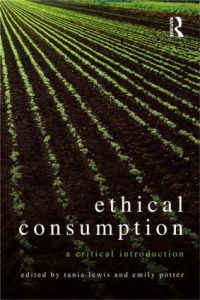