The Market: Ethics, Knowledge and Politics (1998) 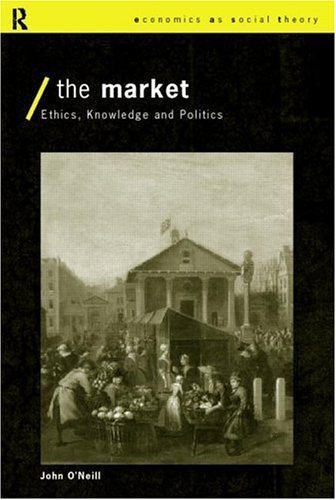 Following the failure of ‘actually existing socialism’ in Eastern Europe and Asia, a consensus has grown, on Left and Right, around the virtues of market economies. The Market: Ethics, Knowledge and Politics calls for a reappraisal of that consensus. It reviews the strongest arguments offered in defense of market economies and contends that they are often less compelling than the recent opinion would suggest.

The arguments discussed include: those for markets from liberal neutrality, from welfare, from autonomy and freedom and from the forms of recognition it is taken to foster; the Austrian arguments at the heart of the socialist calculation debate concerning the ‘calculational’ and ‘epistemic’ virtues of the market; and arguments from within the public choice tradition. The author defends non-market institutions against the growing incursions of market norms, including a detailed discussion of the changing conceptions of intellectual property rights in science, and develops a case for associational socialism.

This is a genuinely multidisciplinary book, spanning economics, philosophy, political science and sociology. It will be of special interest to Austrians, Marxists, political economists, institutionalists, public choice theorists and all those who harbor suspicions about the efficacy of markets.

"This is primarily a philosophical book and critical rather than positive. As such the big political problems for non-market arguments are left unanswered. How can a lesser role for the market be pursued in the face of public scepticism and the sway of global capital and markets? What institutions could provide for non-market forms of economy? O’Neill suggests decentralised associationalism, but what form this might take or how it might be implemented needs more development. O’Neill is right to say that political defeat should not be allowed to slip into intellectual defeat for the case against the market. In this refreshing spirit the philosophical discussions are done very well here. The political questions still have to be answered."

"The importance of the topic is matched by the author’s analytical rigor, fairness, and mastery of several disciplines from moral philosophy to the history of economic thought. [...] While there are good reasons for resisting commodification of science, medicine, education, and the like, are there not some things that are unproblematically commodities? Why should markets in manufacturing, retail sales, and the like be replaced by something like a pyramid of workers’ and consumers’ councils? On the one hand, although intermediate associations could play a larger role in economic coordination, it is hard to see, in the absence of a market, how a central plan can be avoided, with its admitted economic failings, unless the vast global and national networks of exchange were broken down entirely into self-sufficient local and regional communities, with a probable dramatic loss in productivity. On the other hand, it isn’t clear why commodity-producing firms, if organized as cooperatives, in an economy much more egalitarian than capitalism, could not support at least some of the virtues O’Neill rightly recognizes to be the fruit of non-market associations."

John O’Neill was Reader in Philosophy at Lancaster University. He is also the author of Ecology, Policy and Politics; Human Well-being and the Natural World, and Worlds without Content; Against Formalism —both published by Routledge. 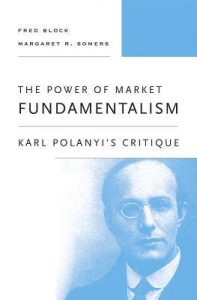