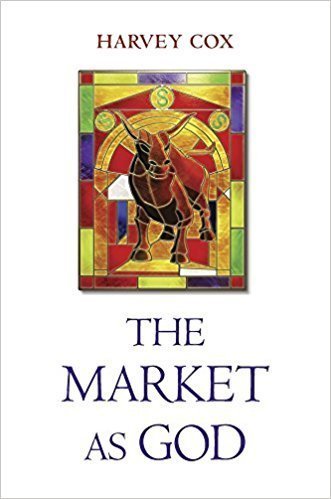 "The Market has deified itself, according to Harvey Cox’s brilliant exegesis, The Market as God. And all of the world’s problems—widening inequality, a rapidly warming planet, the injustices of global poverty—are consequently harder to solve. Only by tracing how the Market reached its “divine” status can we hope to restore it to its proper place as servant of humanity.

The Market as God captures how our world has fallen in thrall to the business theology of supply and demand. According to its acolytes, the Market is omniscient, omnipotent, and omnipresent. It knows the value of everything, and determines the outcome of every transaction; it can raise nations and ruin households, and nothing escapes its reductionist commodification. The Market comes complete with its own doctrines, prophets, and evangelical zeal to convert the world to its way of life. Cox brings that theology out of the shadows, demonstrating that the way the world economy operates is neither natural nor inevitable but shaped by a global system of values and symbols that can be best understood as a religion.

Drawing on biblical sources, economists and financial experts, prehistoric religions, Greek mythology, historical patterns, and the work of natural and social scientists, Cox points to many parallels between the development of Christianity and the Market economy. At various times in history, both have garnered enormous wealth and displayed pompous behavior. Both have experienced the corruption of power. However, what the religious have learned over the millennia, sometimes at great cost, still eludes the Market faithful: humility."

"In principle, Cox’s project of examining the values and symbols of the market is a good one. It could help yield a better understanding of how the capitalist economy works. Unfortunately, he makes a fundamental error that plagues countless critiques of the market system. He assumes that a confident pro-free market perspective is the dominant outlook. But even on a descriptive level, leaving aside any debate about the desirability of such a worldview, this is simply not true. Free market economics is not prevalent at the level of the workings of the market system or in relation to public discourse. Despite the occasional flourishes of free market rhetoric the overwhelming reality even in the US is of huge state intervention. [...] What Cox presents as a humane critique of the mainstream free market outlook is in fact an expression of the contemporary orthodoxy."

"As he documents the power of the market mentality, Cox searches, rather desperately, it seems to me, for signs that a new day is on the horizon. [...] And, alas, although Cox’s proposals to save the market from its own excesses - dismantling their “temples” to make way for small scale community institutions organized as cooperatives to serve local interests; and sharing political power and authority - may well be “a win-win for a wide range of people,” they do not seem like ideas whose time has come."

John Boldt on Journal of Markets and Morality wrote:

"This book is written by a serious theologian and published by a renowned, respectable academic press. Nonetheless, it is not a book that deserves to be taken seriously. [...] Cox’s analysis pays little attention to concrete economic realities and traffics in abstractions. He helpfully calls attention to idolatrous uses of the market, but defenders of democratic capitalism such as Novak and John Paul II share those concerns without apotheosizing the market. There is no need to raise the stakes to such a high level of abstraction; in fact, such a gnostic exercise risks discrediting the legitimate concerns that are discussed in this book. Cox thinks of the market in far too exalted terms at the same time that he thinks too little of it." 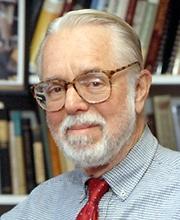 According to Wikipedia "Harvey Gallagher Cox Jr. (born May 19, 1929 in Malvern, Pennsylvania) is an American theologian who served as the Hollis Professor of Divinity at the Harvard Divinity School, until his retirement in October 2009. Cox's research and teaching focus on theological developments in world Christianity, including liberation theology and the role of Christianity in Latin America." 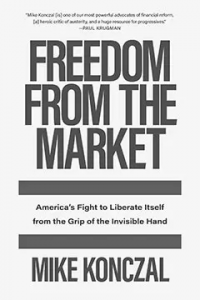 Freedom From the Market: America’s Fight to Liberate Itself from the Grip of the Invisible Hand (2021) 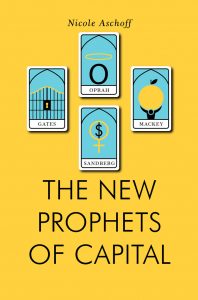 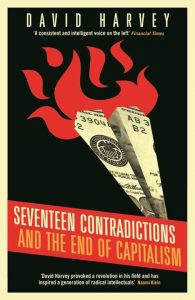 Seventeen Contradictions and the End of Capitalism (2014)