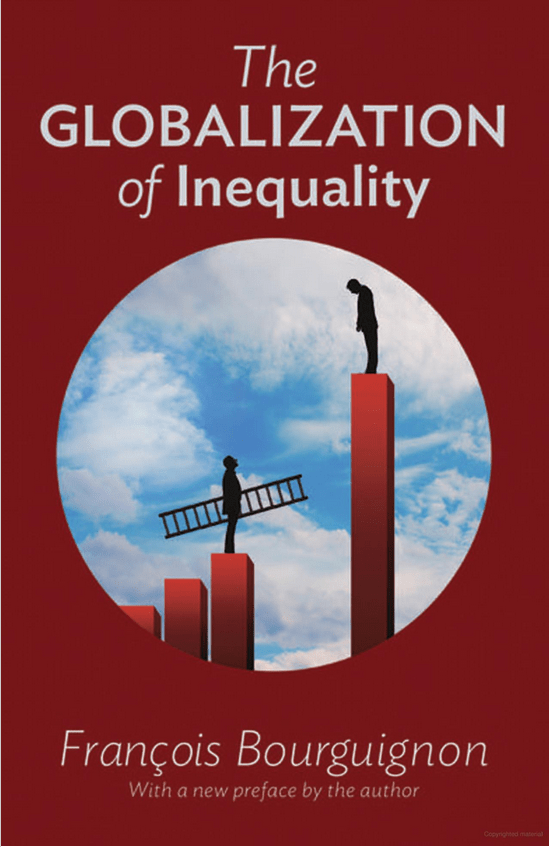 In The Globalization of Inequality, distinguished economist and policymaker François Bourguignon examines the complex and paradoxical links between a vibrant world economy that has raised the living standard of over half a billion people in emerging nations such as China, India, and Brazil, and the exponentially increasing inequality within countries. Exploring globalization’s role in the evolution of inequality, Bourguignon takes an original and truly international approach to the decrease in inequality between nations, the increase in inequality within nations, and the policies that might moderate inequality’s negative effects.

Demonstrating that in a globalized world it becomes harder to separate out the factors leading to domestic or international inequality, Bourguignon examines each trend through a variety of sources, and looks at how these inequalities sometimes balance each other out or reinforce one another. Factoring in the most recent economic crisis, Bourguignon investigates why inequality in some countries has dropped back to levels that have not existed for several decades, and he asks if these should be considered in the context of globalization or if they are in fact specific to individual nations. Ultimately, Bourguignon argues that it will be up to countries in the developed and developing world to implement better policies, even though globalization limits the scope for some potential redistributive instruments.

An informed and original contribution to the current debates about inequality, The Globalization of Inequality will be essential reading for anyone who is interested in the future of the world economy.

"François Bourguignon, the author of The Globalization of Inequality, is one of the world’s foremost experts on income inequality. He has impeccable credentials, having earned major national and international awards, served as Chief Economist of the World Bank, directed the Paris School of Economics, published extensively in leading journals, and co-edited the two-volume Handbook of Income Distribution. In this book, he has produced a concise and nontechnical masterpiece of exceptional analytical and policy clarity. His professional expertise and policy involvement shine through in every chapter. Although the book is written for concerned global citizens, professional economists and other social scientists can learn much from reading it. [...] In a short concluding chapter, Bourguignon questions whether equality can be globalized. The good news, he says, is that the big emerging economies in Eastern Europe, Asia, and more recently South America and sub-Saharan Africa are catching up with the advanced economies (p. 185). But more can be done within countries, and so he calls for taxation to correct inequalities, noting, however, that the ability to do so is itself constrained by globalization. Will the fight against inequalities be a common undertaking rather than the initiative of isolated countries, he asks? He hopes that it will but doesn’t appear very optimistic about the prospects."

"Former World Bank senior v-p Bourguignon has news for the 99%. Internationally, income inequality is declining, not increasing, due to the economic rise of previously underdeveloped countries. Nevertheless, the gap between rich and poor remains a dangerously destabilizing political force. Bourguignon addresses the issue calmly and sensibly. He explains the methods economists use to measure income inequality and provides charts showing how it varies throughout the world. This dispassionate view neither demonizes the rich nor sanctifies the poor. Because there is an abundant global supply of labor, returns to labor (wages) are low. Because capital is scarcer than labor, returns to capital are high. As wealthy people are more likely to have income from capital and poorer people are more likely to depend on wages, the rich are, in fact, growing richer while the poor grow poorer. Bourguignon does not lack for solutions, including equal access to jobs and education, redistribution of wealth in developing countries through taxation and income transfers, and regulation of the flow of capital to international tax havens. This timely and excellent primer on income inequality both within and among nations deserves to be read by both occupiers and occupants of Wall Street."

"The author makes a distinction between equality of standards of living between nations and within nations. The gap between the developed and developing nations in terms of standards of living has been reduced considerably, but inequality within nations has increased manifold. Globalization has not contributed to alter the patterns of income distribution within the developing countries. Of course, the national factors like public policies also would affect redistribution at the national level. The author examines the moot question whether declining inequality between countries will trigger rising inequality within nations. The main causes of national income inequality are discussed in the book. Measuring inequality is examined by the author together with certain methodological concerns. The author notes that some countries have marginally benefited from the process of globalizations as compared to others. The author explains the link between opening up of the developing economies and inequality [...] The analysis and arguments in this volume demonstrate profound knowledge of the author on various aspects of the subject. His analysis is incisive and yet readable. His vast experience in research as well as exposure to policymaking in multilateral organizations provides such a lucid exposition of a complex theme. This volume is a must for teachers in social sciences, researchers, public policymakers and students of development economics."

"According to Bourguignon, globalisation has caused two parallel processes during the last thirty years. The decline in inequality, in terms of that between the average living standard in developed and emerging economies, along with a spectacular rise in inequality within countries. [...] Most mainstream economists are continuously propagating laissez faire policy, arguing that any redistributional or correcting measure seeking to tackle inequality will cause economic inefficiency and lower economic growth. They present a tradeoff between equality and economic efficiency, justifying a rise of inequality in the developing stage of economic growth, in order to achieve longer term gains. Some of these economists also propagate an additional view - that public policy and a sound institutional framework could also help to reduce inequality. Bourguignon, along with Piketty and Stiglitz, belong to this tradition, whilst not questioning the inherent workings of capitalism (which is the real cause of widening inequality)."

"The book carefully highlights the features of the evolving disparity by discussing the effects of globalisation and other powers that engender inequality. The author does not stop at making a contribution, but goes further to project his opinion of the policies which can account for a more equitable outcome of globalisation. Thus, he discusses the global conjunction of living standards and decreasing poverty, the effects of development aid and money inflow on poorer countries, and the workability of redistributing wealth through education policies and market regulation. The topics discussed in the book and the manner in which the issues are addressed clearly target a global audience of policy-makers, the elites, politicians, civil society and ordinary citizens of every country."

Talk by Bourguignon on Inequality

A short talk by Bourguignon on the question "poverty and inequality - what's next?" at a conference in Finland (October 2018):

If you have more time, you might want to watch this longer lecture by Bourguignon on globalization an inequality, which took place at Australia National University in May 2013.

Table of Contents of The Globalization of Inequality 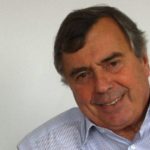 Until his retirement in 2013 François Bourguignon was a professor of economics at the Collège de France, Paris, and former director at the Paris School of Economics. From 2003 to 2007 he was chief economist and senior vice president of the World Bank. Bourguignon was made a Chevalier of the National Order of the Legion of Honor in 2010. His Handbook of Economic Development and Institution, co-edited with J.M. Baland, J.P. Platteau and T. Verdier, is forthcoming with Princeton University Press.