Incisive and engaging, The Free Market Existentialist proposes a new philosophy that is a synthesis of existentialism, amoralism, and libertarianism.

William Irwin is Herve A. LeBlanc Distinguished Service Professor and Chair of Philosophy at King’s College in Pennsylvania. He is the author of Intentionalist Interpretation and scholarly articles on Sartre, Nietzsche, and Heidegger. Irwin originated the philosophy and popular culture genre of books with Seinfeld and Philosophy in 1999 and is currently the General Editor of The Blackwell Philosophy and Pop Culture series.

"In recent years a cottage industry has grown up among libertarians: It attempts, seemingly, to found libertarian social thought on as many different underlying ethical and metaphysical systems as possible. [...] Opportunities also exist for compatibilism, in which seemingly deep disagreements aren’t disagreements at all. [...] Which brings me to William Irwin’s book The Free Market Existentialist: Capitalism without Consumerism. It proposes to add still another possible foundation to libertarianism, yet from the outset it strains the limits of compatibilism. It is a bold and infuriating book. [...] Irwin draws on the work of Raymond Aron to argue convincingly that there is a radical, unresolvable tension between existentialism and Marxism. Marxism might even be said, in existentialist terms, to constitute a worldwide, history-spanning exercise in bad faith. [...] Although Irwin recommends the free market, he draws the line at consumerism. [...] I wonder, in short, whether critiques of consumerism aim at a target that isn’t really there. Are there any actual consumerists? [...] But my greatest difficulty with The Free Market Existentialist is as follows: I do not see how free market existentialism can solve the prudent predator problem."

"If existentialism is concerned with the alienation of the individual, or the value of subjectivity, or methodological individualism, or humility, Irwin could have discussed libertarian approaches to sociology, epistemology, and economics that comment on or dovetail with those issues. He does this
to an extent with some cultural issues, tying libertarianism’s focus on creative destruction and entrepreneurial risk-taking to an existentialist ethic of individual action and risk. More such discussions would have been welcome. Yet I for one was unsatisfied with his development of a narrow existentialism focused on moral anti-realism, and his attempts to relate it to libertarianism. My mostly negative review of the book should not mask the fact that it is an interesting read. I especially appreciated Irwin’s deconstruction of Sartre’s Marxism, which provides insight into Sartre’s internal philosophical struggles with his own political positions. Perhaps the problem is simply that the book does not come as advertised. I appreciated Irwin’s ever-readable discussions. At times, I felt that he and I were pontificating over pints in a pub — my favorite alliterative pastime. But his arguments had little to do with either libertarianism or existentialism broadly conceived. That is unfortunate, as the book’s title promised so much more."

"William Irwin’s The Free Market Existentialist: Capitalism without Consumerism (2015) is a noble endeavor that attempts to reconcile his love of free enterprise with his flair for the existential. Existentialism is a philosophy that recognizes the despair and absurdity of human existence and offers a way of coping with it. For existentialists, individuals must choose to be their authentic selves, which they discover and create through concrete decisions and experiences. A free market economy is one that has limited government involvement and promotes competition between privately held businesses. Irwin correctly draws parallels between existentialism and the ideals of liberty that underpin the free market—an uncommon and intriguing insight. Both concepts emphasize the individual over the collective, the importance of agency in decision making, and the significance of taking personal responsibility for one’s own free choices. In marrying two notions that people rarely consider together, Irwin offers to existentialists an opportunity to realize that they are more open to free exchange than they might have known, and shows free-marketeers that their views on political economy are compatible with existentialism. Both of those books would have been interesting. Neither is what Irwin achieved. Instead, Irwin took the existentialism of Jean Paul Sartre (in his early years) and rather indelicately tried to fit it into his small-government libertarianism. In choosing this method, the project was doomed from the start."

Or listen to this longer discussion with William Irwin (46 minutes) at libertarianism.org about existentialism and libertarianism. What did thinkers like Sartre and Neitzsche have to say about capitalism and human freedom?

Table of Contents + Summaries of Chapters

1. “Out, out, Brief Candle!”: What Do You Mean by Existentialism?

The strength of the connection between existentialism and free market thinking depends on the conception of existentialism. This chapter talks about existentialism, which is an atheistic and highly individualistic, rather than social, philosophy. Existentialism recognizes the validity and importance of first person experience. Each existing individual experiences the world differently, and the differences can be as important, or more important, than detached, objective, scientific description and analysis. Existentialists do not usually produce formal arguments for or against the existence of God. The chapter distinguishes between the meaning of life and meaning in life. Friedrich Nietzsche's concept of the will to power sheds light on why we do not want to rest now, rather than conquer the world first. Just as God and the meaning of life are subjects of concern for existentialism, so is free will.

2. Like Cigarettes and Existentialism: Why There Is no Necessary Connection between Marxism and Sartre

This chapter argues that the Marxism of Jean‐Paul Sartre is not a good fit with the existentialism of Being and Nothingness. It argues that the association of existentialism and socialism is primarily a historico‐cultural accident of post‐war France. The chapter then focuses on sociological and psychological speculation. Sartre's political turn led to a broader view of responsibility, which seems to have led to his new view of freedom. Flynn describes the development of Sartre's view of freedom as “thickening' to require socioeconomic liberation and broadening to include all people in its scope.” Sartre and the existentialists are not unique, but rather are part of a tradition of European intellectuals who despise the bourgeoisie and associate them with the free market. Sartre despised the bourgeoisie, understandably so in some ways, but he seems to have lumped capitalism in with the bourgeoisie for no necessary reason.

3. To Consume or not to Consume?: How Existentialism Helps Capitalism

4. Why Nothing IsWrong: Moral Anti-realism

This chapter discusses the connection between existentialism and evolutionary theory. Existentialism is readily associated with the rejection of objective values, but the basis of that rejection can be obscure. So the chapter offers an evolutionary argument for rejecting objective morality ‐ a morality that exists independently of people's beliefs and desires. It begins by making a case for the harmony of existentialism and evolutionary theory. The chapter then considers why the feeling of morality and belief in objective morality persists in the wake of the death of God. It argues in favour of moral anti‐realism, the metaphysical view that there are no moral facts. Existentialism must recognize that there is a human nature, but it is fluid and variable rather than fixed and stable. Non‐cognitivists can be considered moral anti‐realists, though they are more concerned with the meaning and use of moral language than with the underlying metaphysics of morality.

5. Not Going to Hell in a Handbasket: Existentialism and a World without Morality

6. What’s Mine Is Mine: Moral Anti-realism and Property Rights

This chapter explains how property rights can be established on moral anti‐realist terms. It argues that moral anti‐realism can support Robert Nozick's conception of justice in acquisition, transfer, and rectification. The most basic property claim is to property in one's own person. Everything else follows from that. An individual's claim of property in her own person starts as just that, though, a claim. The property claim to one's own person may be generally recognized by others in the state of nature, but it is without guarantee. There are no natural property rights; there are only the rights that result from contractual agreement. Such rights are artificial, that is, human‐made. Without recognition, without a contract, there are no rights, but the desire for property is prior to the state. Intellectual property depends on contractual rights that third parties cannot be coerced to recognize.

7. Who’s Afraid of the Free Market?: Moral Anti-realism and the Minimal State

Conclusion: Not Your Father’s Existentialism 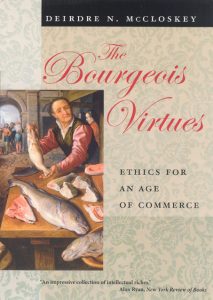 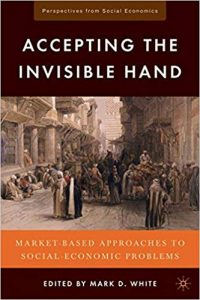