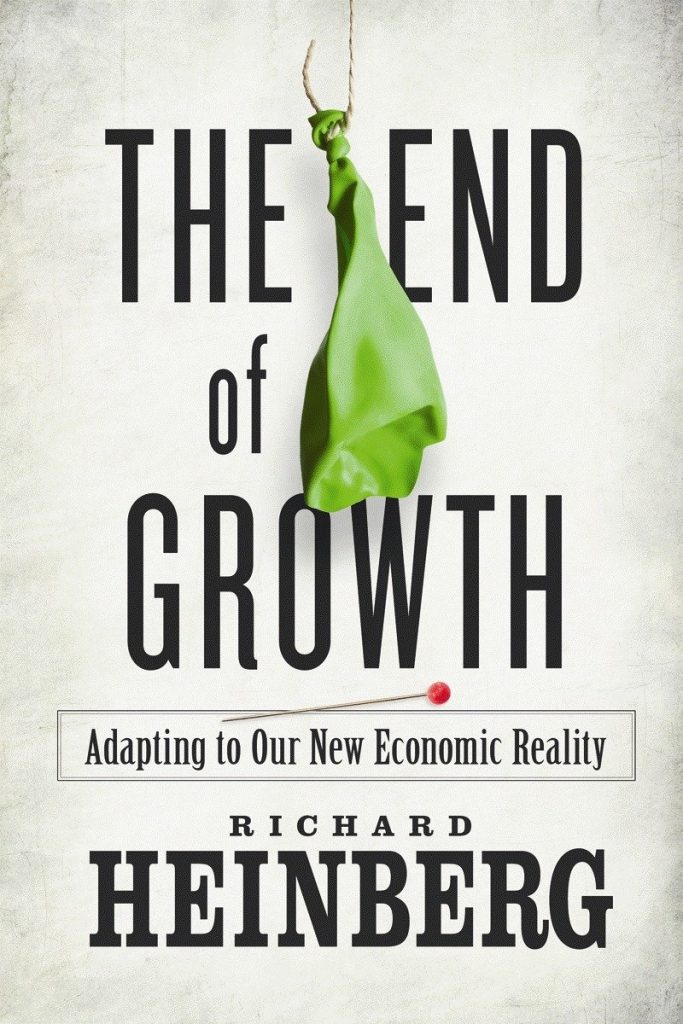 Economists insist that recovery is at hand, yet unemployment remains high, real estate values continue to sink, and governments stagger under record deficits. The End of Growth proposes a startling diagnosis: humanity has reached a fundamental turning point in its economic history. The expansionary trajectory of industrial civilization is colliding with non-negotiable natural limits.

Richard Heinberg's latest landmark work goes to the heart of the ongoing financial crisis, explaining how and why it occurred, and what we must do to avert the worst potential outcomes. Written in an engaging, highly readable style, it shows why growth is being blocked by three factors:

These converging limits will force us to re-evaluate cherished economic theories and to reinvent money and commerce.

The End of Growth describes what policy makers, communities, and families can do to build a new economy that operates within Earth's budget of energy and resources. We can thrive during the transition if we set goals that promote human and environmental well-being, rather than continuing to pursue the now-unattainable prize of ever-expanding GDP.

"The End of Growth is well-written and thoroughly researched. From the onset, it becomes apparent that the author has a wealth of experience with and knowledge of the subject. Indeed, Heinberg spent more than two decades examining and writing about environmental issues, and this clearly shows throughout the book. [...] At the end of the day, Richard Heinberg’s The End of Growth: Adapting to Our New Economic Reality remains something of a paradox. On one hand, the core of his message rings true: We are consuming and abusing resources that are, by definition, finite. On the other hand, the book is too pessimistic and sceptical – it underestimates the power of new and innovative technologies and overemphasises the negative impact of consumerism. For instance, his analysis of electric cars in chapter four (p. 159) is superficial at best. Heinberg fails to consider the rapid advancement in battery technology and its ability to store power. Readers in search of a gloomy, sceptical analysis on the future of the environment and economic growth should pick up this book. Those seeking a more balanced account should look elsewhere."

"a full-length book specifically predicting the end of economic growth as a result of the convergence of peak energy, unsustainable debt and climate chaos. But it mostly centers its case around economic factors, fingering fractional reserve banking, escalating sovereign and consumer debt, currency jiu jitsu, Wall Street shenanigans and government fecklessness as complicit contributors to a runaway crisis about to implode. [...] In all honesty, all this back story was, for me, Too Much Information, laden as it was in technical minutia. My brain glazed over after all the deficits, foreclosures, bailouts, financial instruments, credit default swaps, mortgage-backed securities, quantitative easings, deflation and inflation and whatnot. I just understand enough of it to know that I want to hogtie the bastards behind it all. Heinberg, however, is much more evenhanded than me, explaining in patient detail how all these factors combine into one helluva recipe for disaster. [...] When I interviewed Heinberg earlier this month [...], he said he hoped the book would influence thought leaders and policymakers, and make the jump to the general reader. On the first two scores, there’s no doubt this is the must-read of 2011. Heinberg’s got the bona fides to back up every case he makes — from Wall Street’s role to Washington’s — in a logical, clear, and non-partisan manner.
General readers will enjoy the book too, immensely, if they already have a penchant for teasing out economic and banking intricacies. But some may find this part a bit tedious, as did I. You’ll be rewarded, however, once you’re past all the quadrillion in credit default swapping talk and the Fed’s song and dance and move on to what it means in the larger context of the expectation by America’s elites that such a major financial debacle was just a bump in the road on the way to getting back to growth as usual."

Interview with Heinberg about the Book

Table of Contents of The End of Growth 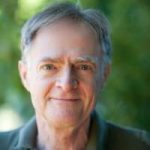 Richard Heinberg is a journalist and the author of eleven previous books including The Party's Over, Powerdown, and Peak Everything. He is a Senior Fellow of the Post Carbon Institute and is widely regarded as one of the world's most effective communicators of the urgent need to transition away from fossil fuels. Heinberg has given hundreds of lectures on our energy future to audiences around the world. He has been published in Nature and other journals, and has been featured in many television and theatrical documentaries. 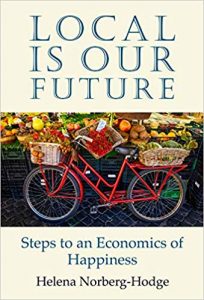 Local Is Our Future; Steps to an Economics of Happiness (2019) 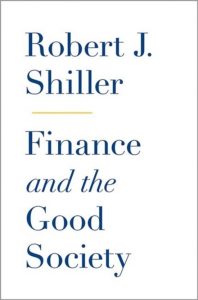