The Economists’ Hour: How the False Prophets of Free Markets Fractured Our Society (2019) 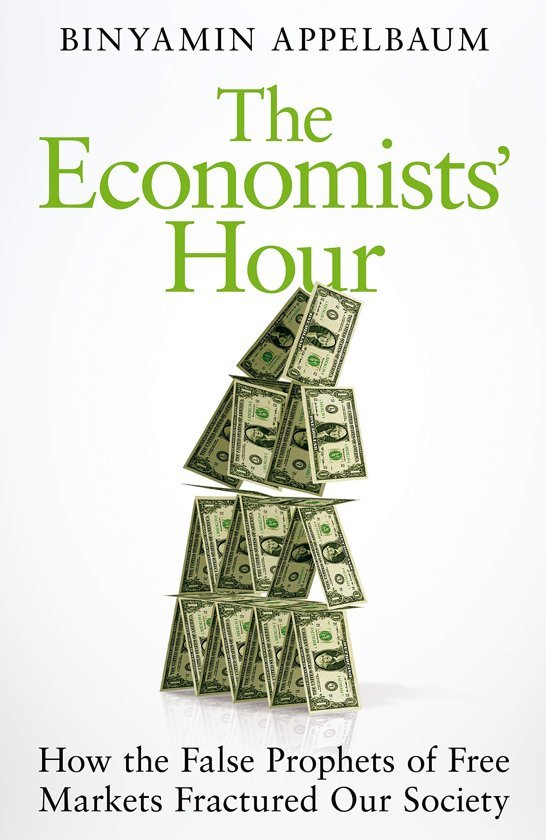 In this "lively and entertaining" (Liaquat Ahamed, The New Yorker) history of ideas, New York Times editorial writer Binyamin Appelbaum tells the story of the people who sparked four decades of economic revolution.

Before the 1960s, American politicians had never paid much attention to economists. But as the post-World War II boom began to sputter, economists gained influence and power. In The Economists' Hour, Binyamin Appelbaum traces the rise of the economists, first in the United States and then around the globe, as their ideas reshaped the modern world, curbing government, unleashing corporations and hastening globalization.

Some leading figures are relatively well-known, such as Milton Friedman, the elfin libertarian who had a greater influence on American life than any other economist of his generation, and Arthur Laffer, who sketched a curve on a cocktail napkin that helped to make tax cuts a staple of conservative economic policy.

Others stayed out of the limelight, but left a lasting impact on modern life: Walter Oi, a blind economist who dictated to his wife and assistants some of the calculations that persuaded President Nixon to end military conscription; Alfred Kahn, who deregulated air travel and rejoiced in the crowded cabins on commercial flights as the proof of his success; and Thomas Schelling, who put a dollar value on human life.

Their fundamental belief? That government should stop trying to manage the economy. Their guiding principle? That markets would deliver steady growth, and ensure that all Americans shared in the benefits.

But the Economists' Hour failed to deliver on its promise of broad prosperity. And the single-minded embrace of markets has come at the expense of economic equality, the health of liberal democracy, and future generations.

Timely, engaging and expertly researched, The Economists' Hour is a reckoning-and a call for people to rewrite the rules of the market.

"Appelbaum is undeniably correct that economists gained unprecedented power and influence starting in the 1970s, and that those with the most power and influence 'occupied a narrow portion of the ideological spectrum.' At one end were crusading ideologues, foremost among them Milton Friedman, who saw an opportunity to shift the tide of popular and political opinion against government power over the economy, and took brilliant advantage of it. But Appelbaum’s account is also full of economists who considered themselves liberal Democrats but found themselves coming down on the same side as Friedman. The analytical tools employed by mainstream economists steered them toward prioritizing efficiency over equality, market mechanisms over nonmarket ones and consumers over producers. Their methodology was itself a sort of ideology."

Tyler Comrie on The Atlantic wrote:

"Appelbaum opens his book with the observation that economics was not always the imperial discipline. [...] Starting in the 1970s, however, economists began to wield extraordinary influence. [...] they devised cost-benefit tests to ensure that regulations were warranted. To facilitate this testing, economists presumed to set a number on the value of life itself; some of the best passages of Appelbaum’s fine book describe this subtle revolution. [...] The wider story of the market-centric worldview provides the meat of Appelbaum’s narrative. It is a tricky tale to tell, because many of the myths of the era fall apart on close inspection. Contrary to common presumption, the economics establishment in the 1990s and 2000s did not believe that markets were perfectly efficient. Rather, influential economists took the pragmatic view that markets would discipline financiers more effectively than regulators could. [...] Appelbaum’s strength is that he generally acknowledges these complexities. He is happy to state at the outset that market-oriented reforms have lifted billions out of poverty, and to recognize that the deregulation that helped undo Berle-ism was not some kind of right-wing plot. [...] But Appelbaum makes it his mission to highlight instances where the market mind-set went awry. [...] As Appelbaum shows, economists have repeatedly made excessive claims for their discipline. [...] At the close of his book, Appelbaum presents a series of persuasive recommendations [...] Yet however reasonable Appelbaum’s arguments, readers are also left with a question about the future. Although he sets out to write the story of the economists’ hour—an hour that he thinks ended in 2008—it isn’t so clear that the economists have departed. They may not have the ear of populists, but their resilience shouldn’t be underrated. Indeed, throughout Appelbaum’s narrative, many of the knights who slay the dragons of bad economic ideology are economists themselves. The story of the past generation is more about debates among economists than about economists pitted against laypeople. Perhaps, with a bit of humility and retooling, the economists will have their day again. If they do not come up with the next set of good ideas, it is not obvious who will."

"The book condemns the role the economics profession has played in breeding inequality, and holds economists to account for the resulting backlash of xenophobic white nationalism. When the New York Times published an excerpt, the reaction was sadly predictable [...] Appelbaum, a New York Times editorialist and former economics beat reporter, writes lucidly about a number of connected subjects: the content of economics scholarship during the postwar era, the highly interpersonal and institution-specific story of how particular ideas and individuals came to have influence with those in power, and, most strikingly, how economists came to enter policymaking and insinuate themselves into the governing class—a distinction among academic disciplines. The result is a convincing historical interpretation that shows both the origins and consequences of economists’ most self-serving myths. [...] This is a strategy Appelbaum sticks to throughout the book: narrate an intellectual history that leads from economic scholarship to a change in federal policy, then summarize each chapter with a discussion of how the economists’ ideology led policy astray, as we can now see from this or that contemporary economic or social pathology. He treats a series of policy areas in turn—international macroeconomics, fiscal policy, taxation, consumer and financial regulation, antitrust, and 'cost-benefit analysis' — thus providing a cohesive picture of how the economists’ 'hour' came to be [...] No one has told this whole story, operating over multiple economic subfields, as well as Appelbaum. In fact, Appelbaum’s assiduousness with the sources and the thoroughness of his footnotes means that the book will be of some use even to the scholarly community, since very few have such facility spanning all the domains that Appelbaum covers. But it is exactly because Appelbaum’s book is so good and so convincing that I fear his subjects will find reason to denounce it rather than take seriously what it has to say."

"The Economists’ Hour provides a novel perspective on the conservative revolution that dominated the past half-century of American political history. As a history of ideas, however, it places the spotlight on individual intellectuals rather than the interest groups and organizations that underlay (and underwrote) the free-market paradigm. The think tanks that industrialized the Friedmanesque critique of 1960s liberalism receive little attention, along with the funders who bankrolled the whole enterprise. It is rarely the most brilliant ideas that have the most impact but rather those that serve powerful interests with the resources necessary to propagate and weaponize them in the political landscape. [...] What now? Appelbaum claims that the economists’ hour ended in 2008 with the financial crisis. If only."

Table of Contents of The Economists' Hour 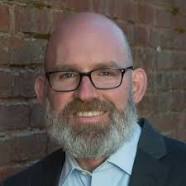 about economics and business for the editorial page of The New York Times. From 2010 to 2019, he was a Washington correspondent for the Times, covering economic policy in the aftermath of the 2008 crisis. He previously worked for The Charlotte Observer, where his reporting on subprime lending won a George Polk Award and was a finalist for the 2008 Pulitzer Prize. 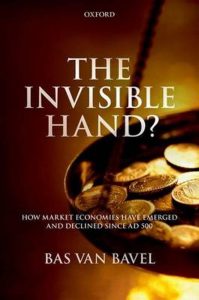 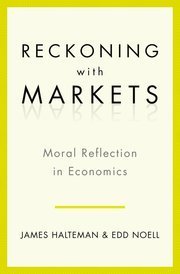 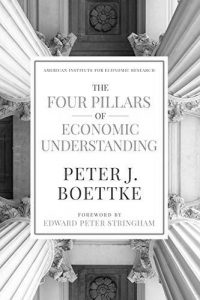 The Four Pillars of Economic Understanding (2020)