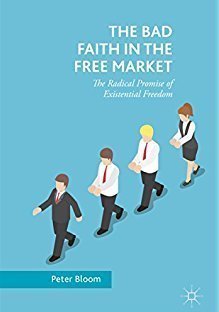 The Bad Faith in the Free Market

Innovatively combining existentialist philosophy with cutting edge post-structuralist and psychoanalytic perspectives, this book boldly reconsiders market freedom. Bloom argues that present day capitalism has robbed us of our individual and collective ability to imagine and implement alternative and more progressive economic and social systems; it has deprived us of our radical freedom to choose how we live and what we can become.

Since the Great Recession, capitalism has been increasingly blamed for rising inequality and feelings of mass social and political alienation. In place of a deeper liberty, the free market offers subjects the opportunity to continually reinvest their personal and shared hopes within its dogmatic ideology and policies. This embrace helps to temporarily alleviate growing feelings of anxiety and insecurity at the expense of our fundamental human agency. What has become abundantly clear is that the free market is anything but free.

In this book Bloom exposes our present day bad faith in the free market and how we can break free from it.

1. The Bad Faith in the Free Market: The Need for Existential Freedom

The first chapter will introduce to readers the main theme of the book—how the free market has become an article of bad faith for present-day humanity. After reviewing the original claims that both capitalism and its most extreme variant neoliberalism represent the supposed epitome of individual freedom, it will turn to recent critiques of this system as a form of ideological “fundamentalism”. This dogmatic turn reveals the religious-like underpinnings to reproduction and continuation of capitalism both in the past and present. Taking these insights even further, this book argues that free market, and fundamentally capitalism, has become a source of bad faith, preventing the realization of authentic personal and collective freedom.

2. Breaking Free from the Free Market: The Existential Gap of Freedom

This chapter will explore the liberating potential held by existentialism for contemporary efforts to move beyond restrictive and orthodox market freedoms. Drawing on Sartre’s seminal early work “Existentialism and Freedom”, it will highlight the continuing importance of the insight that “existence precedes essence”, revealing the dangers of reifying human inspired and historically specific ways of understanding and living in the world. It will then trace out how the free market evolved from a radical existential promise for enhancing human freedom to a dogmatic discourse limiting its development and growth. Significantly, it will introduce the concept of an “existential gap” referring to the always existent chasm between our conscious capacity to choose how we interpret the world and our often material and social inability to substantially do so. Finally, it will highlight the positive existential gap opened up by market freedom, revealing a contemporary “existential challenge” to “break free from market freedoms” and construct “new foundations of freedom” in its place.

This chapter will show that the 2008 financial crises more than challenged the faith in the free market; it represented a collective existential crisis where people questioned whether capitalist society and life had meaning. Inspired by Sartre’s later work “Search of a Method”, it will examine the evolution of freedoms from an empowering philosophy for remaking the world to a stifling discourse limiting such existential agency. It will then reveal the insights Marxism provides in terms of the socio-material production of freedom and the reframing of history as the revolutionary reproduction of progressive human freedoms. The near-global financial meltdown thus posed the possibility for not only reforming or even radical transforming the free market but also breaking free from the “fundamentalism” that posited capitalism as the only possible option.

This chapter explores how the “facts” of neoliberalism must be transformed into “facticities”, conditions that are currently holding us back from realizing our existential freedom. It first counterposes supposed neoliberal “facts”—such as the need to be “fiscally responsible” or the idea that massive “inequality” is acceptable and even desirable—with Satre’s interpretation of “facticities”, the events, conditions, and capabilities that impact on what one can and cannot do. This reading allows for an understanding of how these dogmatic “facts” represent an ideological hegemony that forecloses the opportunity to conceive and practically explore alternative modes of freedom. This insight will be critically investigated, in particular, though using the theories of discursive hegemony first introduced by Laclau and Mouffe. The relabeling of neoliberal “facts” as “facticities” thus opens the potential for constructing a counter-hegemonic politics aimed at expanding a dominant social horizon of freedom, in this case away from the narrow limits of the free market.

This chapter expands on the previous one by interrogating the deeper psychic relationship between capitalism and nothingness. Taking its cue from Sartre’s famous philosophical text “Being and Nothingness”, it contends that capitalist existence is built on positing a continual nothingness—or sense of experienced lack—that only the market can fulfill. In times of crisis, this turns apocalyptic with capitalism being posited as the only thing that can prevent total nothingness. At the affective heart of the embrace of this market “unfreedom” is the underlying fear that without capitalism we would dissolve into nothingness, a worry captured in the notion of the “real” first put forward by the renowned psychoanalytic thinker Jacques Lacan—our fragmentary “true” nature that must be masked by a comforting fantastic “reality”. It concludes by positing the need for creating a radical fantasy of freedom that embraces this nothingness as part of a fundamental drive to be eternally dissatisfied with hegemonic forms of freedom such as those linked to capitalism and therefore seek out new ones.

6. Subjected to the Free Market: The Subject of Existential Freedom

This chapter investigates how capitalism turns individuals into “subject-objects”, combining our economic objectification to market demands with the possibility to choose from a range of market-friendly identities. It begins by highlighting Sartre’s belief presented in Part II of “Being and Nothingness” that individuals are denied their existential freedom by turning themselves into socialized objects whose only purpose is to fulfil their given cultural role. The French theorist Foucault, for his part, notes how this subjection to being a mere object of capitalism (or any social system) is offset and ultimately reinforced through processes of subjectification in which we are made into conscious and intentional subjects. A new philosophy of existential freedom would, hence, emphasize the overriding importance of reducing this alienation, providing us the material resources and subjective tools to freely produce our own selves and society.

7. Deconstructing the Free Market: The Spectre of Existential Freedom

This chapter explores how the personal freedom often associated with the market and existentialism can be combined with a radical collective freedom. It continues from the previous chapter, by highlighting how for Sartre there is always a fraught tension between our radical existential freedom and our “identity projection”, that which we assume ourselves to be based our social roles and expectations. Thus for Sartre existential freedom is most concretely experienced through individuals forming their own continual “life project” that focuses not on what one is but has not yet become. Capitalism, of course, hints at just this possibility in its obsession with individual social mobility and the liberating potentials of market rationality, yet is limited by its orthodox commitment to market values. However, existential holds out an eternal “promise”—drawing on the ethico-political philosophy of Jacques Derrida—for enacting a never perfected but also perfectible freedom. In this respect, existential freedom hangs like a spectre over any and all dogmatic systems—including the present-day free market.

8. Reinvesting in Good Faith: The Radical Promise of Existential Freedom

This chapter will summarize the present dangers of our continued bad faith in the free market. It would argue that all of the theorists covered, moreover, suffer from their own implicit bad faith. Marxism in its dogmatic commitment to class struggle and revolution, Foucault to the inherent “danger” in all movements and experiences of freedom, and Lacan to the impossibility of ever truly overcoming our fundamental psychic lack. Yet together they pose a compelling and inspiring vision of freedom. It will end optimistically by showing how this combining of existentialism, Marxism, post-structuralism, and psychoanalysis can open up the radical possibilities of having good faith in our potential for subjectively and materially becoming existentially free.

r. Peter Bloom is a Senior Lecturer and Head of the Department of People and Organisations at the Open University, Co-Founder of the research group REEF (Research into Employment, Empowerment, and Futures), and Chair of REF preparation for Business and Management. His other books include Authoritarian Capitalism in the Age of Globalization (Edward Elgar Press) and Beyond Power and Resistance: Politics at the Radical Limits (Rowman and Littlefield International, 2016). 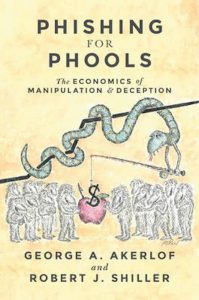 Phishing for Phools; The Economics of Manipulation and Deception (2015) 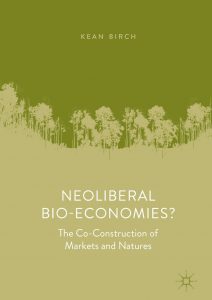 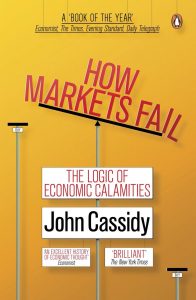 How Markets Fail; The Logic of Economic Calamities (2010)