Straight Talk on Trade; Ideas for a Sane World Economy (2017) 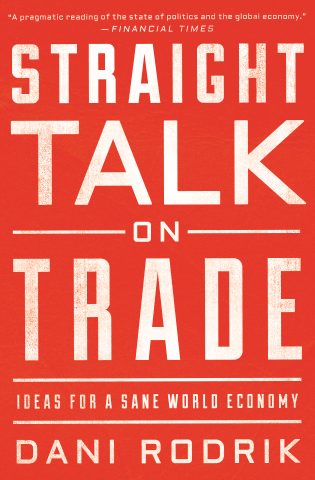 Not so long ago the nation-state seemed to be on its deathbed, condemned to irrelevance by the forces of globalization and technology. Now it is back with a vengeance, propelled by a groundswell of populists around the world. In Straight Talk on Trade, Dani Rodrik, an early and outspoken critic of economic globalization taken too far, goes beyond the populist backlash and offers a more reasoned explanation for why our elites’ and technocrats’ obsession with hyper-globalization made it more difficult for nations to achieve legitimate economic and social objectives at home: economic prosperity, financial stability, and equity.

Rodrik takes globalization’s cheerleaders to task, not for emphasizing economics over other values, but for practicing bad economics and ignoring the discipline’s own nuances that should have called for caution. He makes a case for a pluralist world economy where nation-states retain sufficient autonomy to fashion their own social contracts and develop economic strategies tailored to their needs. Rather than calling for closed borders or defending protectionists, Rodrik shows how we can restore a sensible balance between national and global governance. Ranging over the recent experiences of advanced countries, the eurozone, and developing nations, Rodrik charts a way forward with new ideas about how to reconcile today’s inequitable economic and technological trends with liberal democracy and social inclusion.

Deftly navigating the tensions among globalization, national sovereignty, and democracy, Straight Talk on Trade presents an indispensable commentary on today’s world economy and its dilemmas, and offers a visionary framework at a critical time when we need it most.

"In his new book, Straight Talk on Trade, Harvard Professor Dani Rodrik considers three options: 1) Defend the status quo, 2) Make globalisation fairer, 3) Protect local jobs from unfair foreign competition. Economists have long pursued Option 1: zealously defending globalisation, without admitting qualifications or uncertainties, neglecting distributional concerns. This is unhelpful, argues Rodrik, for economic globalisation has not lifted all boats. [...] At Hamburg, G20 leaders called for 'fair, inclusive and sustainable globalisation'. This has become the new consensus. There are two ways this might be achieved: compensating the losers of globalisation; and/or enhancing global governance. After careful consideration, Rodrik rejects both as dead ends. [...] Curiously, for an economist, Rodrik's approach is deontological rather than consequentialist. He asks about fairness and desert. Is it right that workers should lose their jobs to unfair competition, to labour and environmental practices that would not be tolerated in the US? [...] Besides discussing trade reform, Rodrik also suggests how we can improve our analysis of the world. Building on Economics Rules, he urges economists to eschew hubris, engage with a diversity of models, learn from heterogenous perspectives, admit uncertainty, and recognise their limitations. [...] While I remain unconvinced by import tariffs against social dumping (neglecting global buyers), Rodrik's research remains pioneering, prescient, and likely catalyse to major public debate."

Jeff Madrick on The New York Review of Books wrote:

"Rodrik is not confrontational. In both Has Globalization Gone Too Far? [1997]and Straight Talk on Trade, he sometimes bends over backward to avoid leveling harsh charges against apparent offenders of economic good sense. [...] Recent studies that Rodrik cites in his new book provide further evidence for his earlier claims about the damage free trade can cause. [...] Rodrik believes strongly that trade discussions should be public and transparent. That the negotiations over the TPP were held in secret is perhaps the best demonstration of the arrogant confidence of free trade enthusiasts and their inordinate fear of criticism. It alsoraises the question of corporate influence, which is harder to track when negotiations are conducted out of the public view. [...] Rodrik is not uniformly progressive. He is opposed, for example, to increases inminimum wages well above those required by current laws. But he is deeply concernedabout the misleading advice that some economists—like some of those at the Institute forInternational Economics—have given policymakers."

"Straight Talk About Trade, as the question suggests, is in large part an indictment of Rodrik’s fellow economists. He accuses them of, since the 1980s, having abandoned the profession’s core principles and becoming unquestioning cheerleaders for globalisation, even as its broad benefits were accompanied by economic carnage and political backlash in some places. [...] He has for years, as he writes in his book, been dismissed, or shushed, by fellow economists worried that he might feed a protectionist fire. Rodrik is no protectionist. He is instead what might best be termed a trade pragmatist. But he is also an erudite critic of his profession and that — as well as the moment in history we are confronting — is what makes this book compelling. You do not have to agree with Rodrik’s sceptical take on globalisation and may even find it maddening. It is worth, however, taking on board the charge he makes that too many economists have in recent years behaved like free trade ideologues rather than the calibrated social scientists they ought to be. Or that the result has been policy mistakes, rising inequality and President Trump."

"People rarely change their minds. [...] In his recent book, Dani Rodrik, an economics professor at Harvard, does just that, quietly shifting his view on a question that has been central to his career. [...] we’re told about the 'false promise' of global governance [...] and that 'the best way in which nations can serve the global good…is by putting their own economic houses in order.' Rodrik now claims that the economy is not truly a global commons, the way the ozone layer or the oceans are, and that the economic problems of our day have little to do with a lack of global cooperation. In an era of 'America First,' where the U.S. imposes high tariffs on its trade partners under the pretence of 'national security,' this makes for jarring reading, coming as it does from a worldly, left-leaning economist. In this new telling, the nation-state has unique legitimacy, and any attempt to transpose decision-making onto the global level will backfire."

"Advocates of the free market will find things to cheer in Straight Talk, including Rodrik’s succinct explanation of how anti-dumping laws are abused by producers in rich countries to keep out competing imports. But in his broader critique of current policy, Rodrik is too clever by half, preferring to score rhetorical points rather than engaging in the more serious academic arguments over trade and globalization. By mischaracterizing his opponents to dismiss them, rather than systematically addressing their arguments, he undermines his position. [...] On a more substantive level, Rodrik’s underlying thesis is that economies that have pursued a mixed menu of state intervention and market reforms have outperformed those that have more fully embraced free markets and openness to trade and capital flows. There is a long paper trail of studies looking at the relationship between economic growth and the variables of economic freedom and openness, but he chooses not to engage the literature. Instead, he argues through selective comparisons. [...] In its 274 pages of supposedly straight talk on trade, Rodrik’s book contains no mention of the measurable consumer benefits produced by free trade, especially those that accrue to lower-income families who spend a larger share of their budgets on tradable goods such as food, clothing, and shoes. There is no mention of the dramatic reduction in global poverty during the past 25 years of rapid globalization, when the number of people living in absolute poverty has dropped by more than 1 billion. In his critique of NAFTA and other trade agreements, he makes no mention of the tariff reductions and resulting trade and economic growth from rounds of successful trade negotiations."

Table of Contents of Straight Talk on Trade 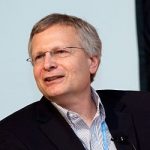 Dani Rodrik (1957), say Wikipedia, "is a Turkish economist and Ford Foundation Professor of International Political Economy at the John F. Kennedy School of Government at Harvard University. He was formerly the Albert O. Hirschman Professor of the Social Sciences at the Institute for Advanced Study in Princeton, New Jersey. He has published widely in the areas of international economics, economic development, and political economy. The question of what constitutes good economic policy and why some governments are more successful than others at adopting it is at the center of his research." 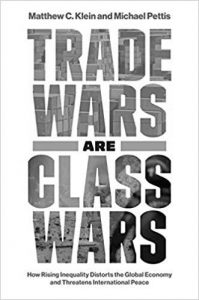 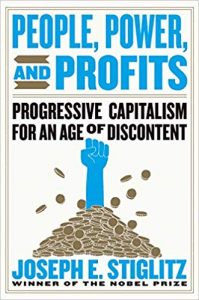 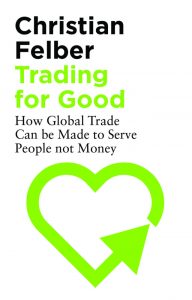