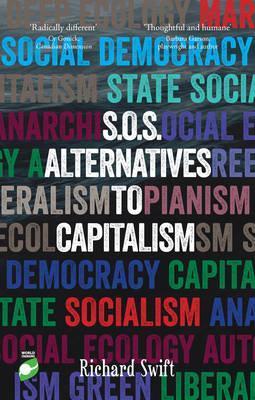 With capitalism vulnerable and out-of-step in the wake of financial crises SOS Alternatives to Capitalism investigates the alternatives that are on offer - including socialism, anarchism and deep ecology. It aims to pick its way through the thickets of resistant thinking and emerge with paths to changing the world that rest less on rigid ideology imposed from above than on practical transformation.

Financial collapse and crisis; disgust at bankers' greed; the devastating effects of yawning inequality: all these and more have led to widespread dissatisfaction and disenchantment with capitalism. People are crying out for an alternative, but are continually told that one does not exist. Richard Swift proves this to be wrong with style and assurance.

SOS Alternatives to Capitalism examines the past shortcomings and present health of not one but many other paths to changing the world, including socialism, social democracy, anarchism, ecology and degrowth. Combining the practical with the visionary, he shows that finding alternatives to capitalism is no longer an academic issue for the left – it is an urgent planetary necessity.

Richard Swift was co-editor for the New Internationalist magazine from 1984 to 2007 and is based in Toronto. He has written and broadcast on questions of ecology and democracy for many years. In 2011 he won the Daniel Singer Millennium Prize for an original essay which helps further socialist ideas.

SOS Alternatives to Capitalism "provides a brief historical survey of alternatives to contemporary capitalism. In seeking out alternatives he explores the existence of pre-capitalist indigenous radicalism, the utopian tradition, state socialism and social democracy, anarchism, European autonomism, twenty-first century socialism in Latin America, and the contemporary degrowth movement. [...] While there is no one right answer, Swift’s sympathies lie with ecosocialism and degrowth, the key components of which include localism, decentralized democracy, reduced working hours,socialization of finance, and the introduction of a universal basic income. [...] This is a book of many strengths. In a little more than 150 pages Swift introduces the reader to the major trajectories of the radical left over the last several hundred years. [...] His history is accurate and his conclusions are largely compelling. He shows persuasively that the major problem with state socialism has been its top-down nature, and he does a good job in bringing to light the lesser known tradition of anti-authoritarian socialism associated with the anarchists. Yet although he is clearly sympathetic to the radical democratic impulse of the anarchists, he avoids simple cheer leading. Indeed, the book is refreshingly non-dogmatic and unsectarian. He interprets Marx charitably and does not hesitate to point out the places where the anarchists lose their way. [...] One topic that is unfortunately absent from the book is any sustained discussion of feminism and the gendered division of labor. [...] while there is perhaps too much discussion of autonomism, there is arguably too little paid to the theorists at the cutting edge of envisioning alternatives — people like David Schweickart, Janet Gornick and Marcia Meyers, Juliet Schor, and Erik Olin Wright. These thinkers have done the most over recent years to investigate the ins and outs of concrete institutional alternatives — the 'real utopias' — that could conceivably replace neoliberal capitalism. [...] A deeper problem, and the only significant theoretical shortcoming of the book, is the tendency to conceptualize capitalism as a single, uniform, system defined at its core by the widespread use of markets. [...] Polanyi taught us that that there is no such thing as a pure capitalist system: the system has no DNA or essential nature; there are only different ways, some better some worse, in which markets are embedded in political systems. [...] Swift’s unPolanyian analysis undermines his discussion of social democracy and possible alternatives. Because he cannot recognize the fundamental plasticity of market systems, he is led to denigrate social democracy as a false alternative. But then what would be a short-term alternative to neoliberalism? [...] Overall, S.O.S.: Alternatives to Capitalism is an excellent book. [...] Though not an academic text, it is a sophisticated and lucid introduction to the radical left. It would be an excellent addition to undergraduate courses in political science or sociology, and will, hopefully, be read much wider than that." 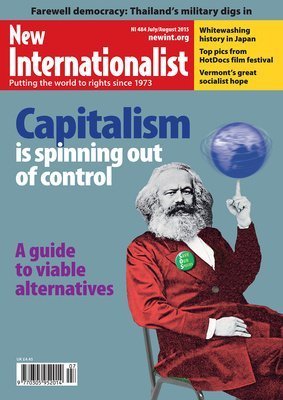 Table of Contents of SOS Alternatives to Capitalism