By Robert Lawson and Benjamin Powell

Do We Have to Say It Again? Socialism Sucks! Apparently we do. Because today millions of Americans — young and old — are flocking to the socialist banner and chanting, “What do we want? Socialism — the economic system that has impoverished people everywhere and resulted in the deaths of tens of millions! And when do we want it? Now!”

Really? Most people seem somehow to have missed Economics 101 and don’t understand that socialism isn’t nice, cuddly government that takes care of everything for you so that you can remain an adolescent forever. No, we’ve seen it tried over and over again with catastrophic consequences.

Luckily, two semi-sober economists have toured the socialist world so you don’t have to. And they’ve come back with this stunning report: Socialism Sucks! Along the way, you’ll learn:

Irreverent but honest economists Robert Lawson and Benjamin Powell have all the data—and even more important, the firsthand global experience—to affirm that socialism fails to deliver on any of the utopian promises it makes and instead is very bad for your economic (and other) health. This is a book that every American who values freedom and sound economics (and good beer) needs to read.

"The authors’ international travels are rounded out by visits to formerly socialist countries: China ('fake socialism'), Russia, Ukraine, and Georgia. The highlights of these chapters are lengthy historical asides, including an interview of a Chinese scholar who lived through Mao’s 'Great Leap Forward' whose family was forced to eat bark, leaves and grass. 'I knew all the grass that was edible' (p. 75). Famine is a common attribute of socialism, and the chapter on Russia includes a clear discussion of the dynamics of famine induced by attempts to confiscate cattle, pigs, sheep and goats from their owners in 1930. Such 'asides'—which include intelligent discussions of the ideas of Adam Smith, Karl Marx, Friedrich Hayek and others—are one of the book’s real strengths. [...] There are three big issues in deciding whether or not to read this book—or recommend it to others. First, what is to be gained if you already know about the dubious accomplishments of socialism? You won’t gain any new important insights, but will have a novel set of anecdotes to share. Second, what is to be gained if you have a misbegotten view of socialism? You’ll gain immensely, but being approached by someone with a book titled Socialism Sucks is likely to provoke the reaction of a sinner approached by a Bible thumper. Third, there’s the book’s subtitle: Two Economists Drink Their Way through the Unfree World. The subtitle and all that goes with it might undo some of the Bible-thumper—perhaps like handing out a tract on the Inferno subtitled 'You’ll Have a Helluva Good Time There!' Ultimately, this ploy might work. However, my sense is that the authors—who describe the book as 'a truthful accounting of our travels,' which 'includes our sometimes excessive drinking, low-grade misogyny, and salty language' (p. 8)—have overdone it. The booze starts to drown the reader. [...] What really stinks is that we seem to live in a society where it pays to fight one kind of excess with another."

"Socialism Sucks explodes the myth that respect for the individual and humanitarianism are tenets of doctrinaire socialism. Both authors of this short, but very amusing, tour of socialist wonderlands are serious free market economists who happen to like beer. They decided to combine these two passions on a beer drinking tour of the world’s remaining bastions of socialism — real and imagined. The book is written tongue in cheek, but its message is deadly serious. Its conclusions will come as no shock to informed conservatives or free market libertarians, but it may well be banned on Ivy League and other liberal arts campuses where progressive orthodoxy is preached and dissenting views are labeled as hate speech. [...] The authors found that what passes for Democratic Socialism in the United States today is a mish-mash of trendy progressive causes ranging from open borders to LGBT rights. This economic ignorance is not surprising. Undergraduate students at most liberal arts colleges — including the Ivy League — can get a diploma without have taken a single course in economics. [...] If the authors had chosen to write a dry textbook on the comparison between capitalism and socialism, no one would likely read it. Instead, they elected to entertain as well as educate."

"Both of the authors enjoy drinking beer, and they travel around the world to various socialist countries in pursuit of their beloved beverage, making incisive comments about the economy of each country as they do so. They write in a salty style that will make millennials laugh, though some readers will find it jarring. For the young, 'socialism' means no more than vague ideas about 'fairness', but, the authors note, the term has a precise meaning: 'To separate the state from socialism in any large society is like trying to separate private property from capitalism. It can’t be done. I’ll say it once more for the people in the back: socialism, in practice, means that the state owns and controls the means of production.' (p.128) No country is completely socialist, but some are more socialist than others. How can the degree of socialism be evaluated? Lawson has, along with James Gwartney, produced an annual economic freedom index for the Fraser Institute, which the authors use to answer this question [...] The authors must now confront an objection. Why should we not prefer welfare-state capitalism to the straightforward free market economy the authors want? They reply that Sweden prospered under freedom, but the increased taxation needed to finance the welfare state has brought about stagnation. 'Sweden grew most when it was freer than it is today' (p.13). If some people admire Sweden, few except fanatics have good words for the economy of Cuba. Nevertheless, must we not recognize the wonders accomplished by the Cuban socialized medicine? We must give the devil his due. Lawson and Powell are not convinced. [...] I confess that I approached the authors’ project of a drinking tour of the socialist countries with skepticism. Would it be more than ajeu d’esprit? Reading the book has laid my skepticism to rest. Socialism Sucks has the potential to do great good, if it gets into the right hands, and its impressive sales suggest that it will do so."

About Robert Lawson and Benjamin Powell 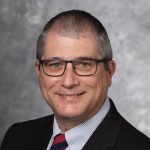 Robert Lawson is professor of practice and holds the Jerome M. Fullinwider Centennial Chair in Economic Freedom; he also is director of the O’Neil Center for Global Markets and Freedom at the Southern Methodist University (SMU) Cox School of Business. Dr. Lawson is a founding co-author of the Fraser Institute's Economic Freedom of the World annual report, which presents an economic freedom index for over 160 countries. Lawson has authored or co-authored over 100 journal articles, book chapters, policy reports, and book reviews. 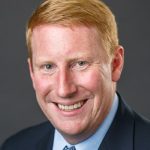 Benjamin Powell is the Executive Director of the Free Market Institute at Texas Tech University where he also serves as a professor of economics in the Rawls College of Business. He is also a Senior Fellow with the Independent Institute and the Secretary-Treasurer of the Southern Economic Association and the Association of Private Enterprise Education.

The Return of Nature: Socialism and Ecology (2020) 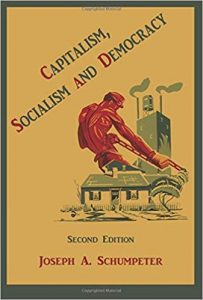