Rentier Capitalism; Who Owns the Economy, and Who Pays for It? (2020) 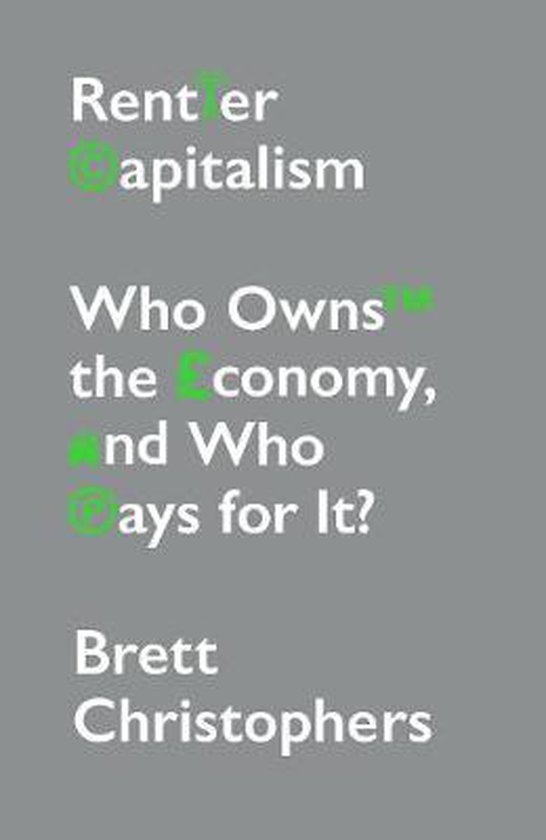 How did Britain’s economy become a bastion of inequality?

In this landmark book, the author of The New Enclosure provides a forensic examination and sweeping critique of early-twenty-first-century capitalism. Brett Christophers styles this as ‘rentier capitalism’, in which ownership of key types of scarce assets - such as land, intellectual property, natural resources, or digital platforms - is all-important and dominated by a few unfathomably wealthy companies and individuals: rentiers. If a small elite owns today’s economy, everybody else foots the bill. Nowhere is this divergence starker, Christophers shows, than in the United Kingdom, where the prototypical ills of rentier capitalism - vast inequalities combined with entrenched economic stagnation - are on full display and have led the country inexorably to the precipice of Brexit. With profound lessons for other countries subject to rentier dominance, Christophers’ examination of the UK case is indispensable to those wanting not just to understand this insidious economic phenomenon but to overcome it. Frequently invoked but never previously analysed and illuminated in all its depth and variety, Rentier Capitalism is here laid bare for the first time.

"In an excellent introduction, Christophers lists seven areas of the UK economy where rentierism has been allowed to run wild: banking and finance; natural resources; intellectual property; employment; outsourcing; infrastructure; real estate. He identifies four conditions for the rise of the rentier: privatisation; a policy-friendly environment; a permissive tax and monetary system; a rise in the market value of rented assets. [...] Although some may question the value of creating a theoretical distinction between rentierism and profit, this book has many important insights and is extremely well researched and referenced."

"Rentier Capitalism is a serious and detailed study of how the UK economy became dominated by rent extraction. What does this mean? Christophers combines the orthodox economic understanding of ‘rent’ – essentially, excess profits beyond what would be achieved in a competitive marketplace – with the heterodox understanding, which focuses on ownership and control of assets. [...] Christophers meticulously documents how the ‘commanding heights’ of the UK economy – its most successful sectors, from finance and property development to pharmaceuticals and utilities – are all riddled with rentierism. [...] Christophers’ dual emphasis on asset ownership and low competition also illuminates how we got into this mess, and the nature of the system we need to change. He argues that neoliberalism was never really about free markets, as is often assumed: it was about private ownership. [...] Rentier Capitalism does not have much to say about what this change should look like – although it does end with a few pointers. But then, this is not really a book about solutions. It is a careful and compelling argument about the nature of the problem, an important and urgent contribution to our understanding of modern capitalism."

"One of the things I like about Brett Christophers’ books is that they always make me think, and always provide an immensely well-informed critique of aspects of economics that economists don’t interrogate enough themselves. His new book, Rentier Capitalism, is no exception. [....] Having said that, I have one small issue and one bigger issue with the analysis. The small issue is about the way he defines rentiership – as the earning of income from an asset whose ownership confers monopoly power. Assets can be intangible as well as tangible of course, but I’m not entirely convinced that everything presented as an asset in the book is one. [...] Perhaps as a competition economist I see everything as a competition problem, but I think the common issue in all these examples is monopoly power and the artificial scarcity it creates, and we should be analysing monopoly rents, and their regulation. [...] The bigger issue is about the way the concept of an asset is becoming more or less demonised in some areas of social science, as an effective synonym for the use of money in inappropriate domains. Debate about the limits of markets is time-honoured and I have no problem with it. But if it is now inappropriate to regard anything as an asset, how on earth can we think about sustainability? [...] In my work thinking about how to get beyond the policy short-termism of a focus on GDP growth, measuring and understanding the whole range of assets available to people has been key."

"Christophers wishes to distinguish himself from other critical authors of rentierism on the centre-left such as Thomas Piketty, Marianna Mazzucato and Guy Standing in two ways. First, he is wary of defining rent solely by being unearned income, seeing all capitalist profit as being derived from the private ownership of productive assets. Second, he sees it as vital to investigate how economic power is shaped not just through the ownership of assets but also how they can be commercialised through exchange, in keeping with his earlier books such as The Great Leveller which examined the role of law in structuring the operation of markets. As a result, Christophers argues for the need to combine both mainstream and heterodox economic definitions of rent. [...] One aim for Christophers in making this argument is to broaden debates on the left beyond financialisation. Instead, he offers a structural account grounded in a tendency for rentiers to eschew risking their capital in production in favour of returns on their existing wealth, with financial securities just one subset of assets that are potentially available for rent extraction. [...] While Rentier Capitalism presents convincing evidence of the extent to which rent-seeking has become a central aspect of the British economy, the book’s structural account of rent as a driving force in contemporary capitalism is less persuasive. [...] Christophers is right to highlight the extent to which rent-seeking behaviours are embedded into Britain, and his book should start a welcome debate, even if tensions in the argument remain as a structural theorisation of contemporary capitalism."

Erik Peinert on Antipode; A Radical Journal of Geography wrote:

"For Christophers, the economy is not best described as a neoliberal economy of laissez-faireand free markets with massive inequalities and rent on the side as a consequence, but instead is systematically a rentier economy, where income, wealth, and power goes to those who have things, rather than those who do things.Though clearly broad in its theoretical ambitions, the bulk of the book is a deep description of the state of the UK economy, with a historical narrative showing how and why the current state of affairs came to be. Going further than pointing out the existence of these gatekeeper rents, Christophers shows how rentier practices have both pervaded sectors one wouldn’t expect (e.g. web services, logistics, public contracting, retail, and food service) and take an outsize role in the economic incomes and profits in the contemporary UK. [...] The book is outstanding at analyzing the concrete character of the rentier economy even absent such a definition, and yet the question of what rents are and why they’re so prevalent comes full circle and remains elusive by the end. Christophers cleverly sidesteps contradictions in other conceptualizations with a two-part definition of rents. [...] As nice as this definition is, it leaves more questions than it answers, and speaks to some of the contradictions in the very concept of rents. [...] Much of the greatest value in the book is in a methodical, thick description of exactly how deeply rentier patterns and dynamics have grown into every channel of the economy, and yet the take-away seems to circle back to a similar assertion put forth by others: the plain assertion that rents accumulate over time in capitalist, market societies."

Conversation with Christopher about Rentier Capitalism

Or listen to this conversation as a SoundCloud podcast

Table of Contents of Rentier Capitalism 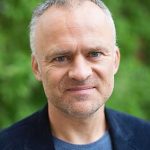 Brett Christophers is a professor at the Department of Social and Economic Geography at Uppsala University in Sweden. His reserch ranges widely across the political and cultural economies of Western capitalism, in historical and contemporary perspectives. Particular interests include money, finance and banking; housing and housing policy; urbanization; markets and pricing; accounting, modelling and other calculative practices; competition and intellectual property law; and the cultural industries and the discourse of “creativity”. 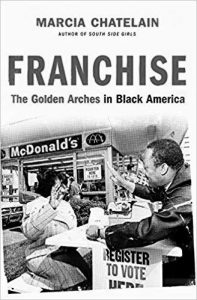