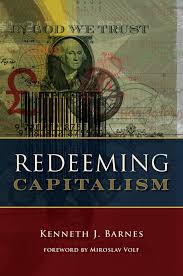 On reclaiming the moral roots of capitalism for a virtuous future

For good or ill, the capitalism we have is the capitalism we have chosen, says Kenneth Barnes. Capitalism works, and the challenge before us is not to change its structure but to address the moral vacuum at the core of its current practice. In Redeeming Capitalism Barnes explores the history and workings of this sometimes-brutal economic system. He investigates the effects of postmodernism and unpacks biblical-theological teachings on work and wealth. Proposing virtuous choices as a way out of such pitfalls as the recent global financial crisis, Barnes envisions a more just and flourishing capitalism for the good of all. 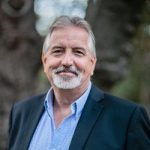 Kenneth J. Barnes holds the Mockler-Phillips Chair in Workplace Theology and Business Ethics at Gordon-Conwell Theological Seminary. An ordained minister, he has also conducted business on six continents as a senior international executive.

"Barnes, a Christian theologian and business ethicist, delivers a tour de force arguing that capitalism fails most people but isn’t beyond repair. The 2008 global financial crisis, writes Barnes, was the first shot in a battle for the soul of capitalism. The size and impact of the crisis forced Barnes to contemplate not whether capitalism needs to be reformed but rather whether it deserves to be reformed. To make his points, he barrels through the history of modern capitalism, beginning with Adam Smith, touching on Marx’s incisive critique of capitalism’s excesses, diving into Max Weber and the Protestant ethic, and finally landing with an analysis of what he calls “postmodern capitalism” that includes sections on the Occupy movement and Thomas Piketty’s Capital in the Twenty-First Century. He concludes that capitalism should be salvaged and that there is no economic system that provides a workable alternative. As a solution to the intransigent problem of income inequality, Barnes proposes a “virtuous capitalism” not based on wealth accumulation and conspicuous consumption but on human flourishing through reforming “the social, political, theological, and ethical drivers that have formed our economic system.” This means “ethical constraint” on the part of the ultra-wealthy combined with a society-wide rejection of “ever cheaper, less useful, disposable products.” By clearly explaining the history of markets and corrosive effects of contemporary capitalism, Barnes’s well-reasoned book will help readers forge a more empathetic way forward."

Richard Godden on The Center for Enterprise, Markets and Ethics wrote:

"Its basic argument is simple: the capitalist economic system that now exists is not the same as that which has existed in the past and, specifically, is not that endorsed by Adam Smith; it suffers from serious flaws that derive from a 'moral vacuum' (page 1), which is itself a product of post-modern thinking; yet no other economic system provides a better workable alternative, the thinking of writers such as Picketty and Pool is hopelessly Utopian (pages 81 and 86, respectively) and the solution does not lie in regulation (page 59); what is needed is, essentially, moral reformation and the replacement of 'post-modern capitalism' (Chapter 6) with 'virtuous capitalism', being capitalism based on Aquinas’s cardinal virtues (Chapter 13). There is little to criticise in this as an overall thesis. However, below this very high level, much of what Barnes says is superficial, questionable or simply wrong. Indeed, it is an example of the kind of thing that, a generation ago, Peter Bauer memorably described as 'ecclesiastical economics'. The book is littered with errors. [...] Overall, Barnes’ attack on modern capitalism is long on eye-catching statements and short on justification. [...] Furthermore, scattered through the book are remarks about particular issues that fail to engage with the underlying arguments. [...] Unfortunately, the proposed remedies rarely go below a high level of generality and such specificity as he provides is unconvincing. [...] The reader is provided with no ideas as to how in practice “virtuous capitalism” might be brought into being and, having finished the book, is likely to be left wondering whether he has simply been asked to favour moral good against immorality. Indeed, the reader might wonder whether, despite Barnes’ attacks on Utopianism, he has merely had his own dream of Utopia." 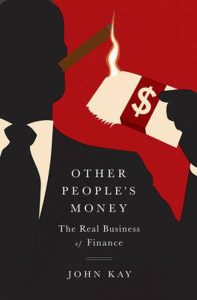 Other People's Money: The Real Business of Finance (2015) 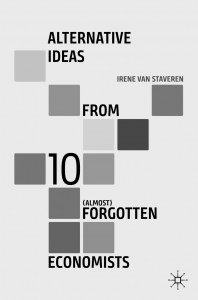