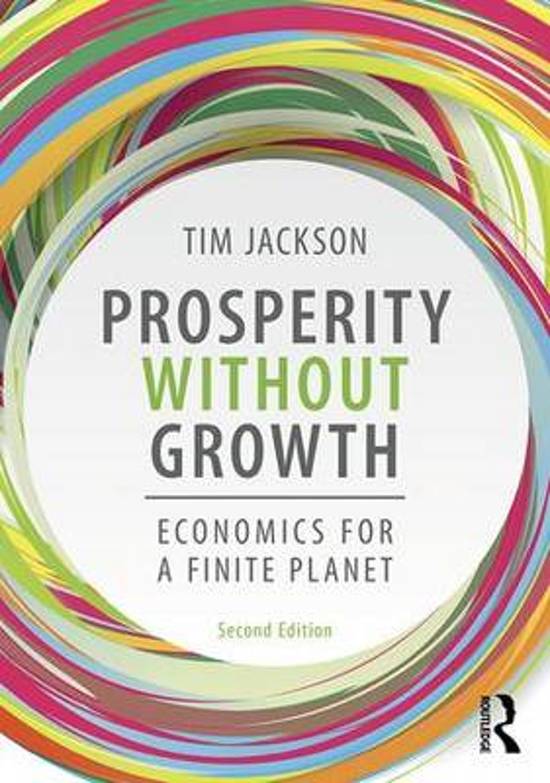 The publication of Prosperity without Growth in 2009 was a landmark in the sustainability debate. Tim Jackson’s piercing challenge to conventional economics openly questioned the most highly prized goal of politicians and economists alike: the continued pursuit of exponential economic growth. Its findings provoked controversy, inspired debate and led to a new wave of research building on its arguments and conclusions.

This substantially revised and re-written edition updates those arguments and considerably expands upon them. Jackson demonstrates that building a ‘post-growth’ economy is a precise, definable and meaningful task. Starting from clear first principles, he sets out the dimensions of that task:

He shows how the economy of tomorrow may be transformed in ways that protect employment, facilitate social investment, reduce inequality and deliver both ecological and financial stability.

Seven years after it was first published, Prosperity without Growth is no longer a radical narrative whispered by a marginal fringe, but an essential vision of social progress in a post-crisis world. Fulfilling that vision is simply the most urgent task of our times.

Wikipedia page on the book

Short Interview about Prosperity without Growth

A 6-minute interview with Tim Jackson:

Reviews:Jeremy Leggett on The Guardian wrote:

"A new movement seems to be emerging, and this superbly written book should be the first stop for anyone wanting a manifesto. Jackson [...] skillfully makes the relevant economic arguments understandable to the lay reader. He is not slow to simplify where that is warranted: 'The idea of a non-growing economy may be an anathema to an economist. But the idea of a continually growing economy is an anathema to an ecologist.' [...] I am convinced that capitalism as we know it is torpedoing our prosperity, killing our economies and threatening our children with an unlivable world. Tim Jackson has written the best book yet making this case, and showing the generalities of the escape route. The specifics, post-Copenhagen, are all down to us."

"a challenge to mainstream economic thinking that is both accessible and robustly argued. Jackson [...] has thought hard about the subject. His prose is lucid and lively, and many of his policy prescriptions are sensible. Jackson is a member of the British government’s Sustainable Development Commission (SDC), and the book draws on a report for that commission published earlier in the year. [...] For a work by a government adviser, based on an officially supported research project, his stance is also refreshingly radical. Yet for all these strengths, his argument is flawed. [...] His questions are worth asking, even if his answers are wrong.

"Jackson's proposals are mostly couched on the need to rethink well-being as derived from sources of human satisfaction that are far removed from wealth or material possessions. In this sense, he agrees with the behavioral economists that have found a mismatch between increasing per-capita income and indices of happiness. Jackson's alternative is to reflect on what is really meant by welfare improvement in the face of environmental constraints, which he terms 'flourishing within limits. [...] While the possibilities seem boundless, Jackson's analysis is a bit too conjunctural, path dependent on reactions to the sub-prime bubble collapse. On the other hand, he has done us a tremendous service in putting the debate into practical and comprehensible language, deferring some of the derivations and details to endnotes and appendices, and organizing his message in short self-contained chapters with well researched and documented source material. This book, that comes heavily endorsed by a gaggle of policy wonks and ecological economists, will be a widely read and influential basis for practical exposition of many of our underlying concerns and ideas for their solution to the broader public."

"Jackson’s argument is based on an 'ideological platform' which borders upon what is often named 'ecological economics.' It postulates that the resources of our planet (its 'source and sink' capacity) are finite, and that we are about to reach its limits. Correspondingly, the 'polluter pays' principle backed by some less radically oriented economists is not a solution: once the human habitat is destroyed or irreversibly damaged, there is no payment that can compensate for it. Consequently, absolute limits must be set worldwide upon both the use of resources and harmful emissions. However, pursuing further economic growth requires constant increases in both. At this point, and this is a significant merit of the book, Jackson argues that this seeming paradox can be reduced to just two, but equally crucial, questions. Why does the capitalist economy always need to grow? Why do people always need to consume more in order to achieve well-being? How deep we manage to go in our understanding of these two questions would actually define our ability to propose solutions to the contemporary situation which is convincingly demonstrated as utterly unsustainable."


A TEDx talk in 2010 by Tim Jackson on prosperity:

Or, alternatively, watch this 25 minute interview by Tim Jackson on the occasion of the 2016 edition of his book or watch a longer lecture by him after on the 2009 edition of the book

Table of Contents of Prosperity without Growth

More links to articles can be found on Tim Jackson's website. 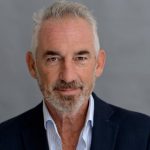 Tim Jackson is Professor of Sustainable Development at the University of Surrey, UK, and Director of the Centre for the Understanding of Sustainable Prosperity (CUSP). For seven years he was Economics Commissioner on the UK Sustainable Development Commission, where his work culminated in the first edition of this book. He was awarded the Hillary Laureate for exceptional international leadership in 2016. In addition to his scientific work, Tim is a prize-winning dramatist with numerous radio writing credits for the BBC. 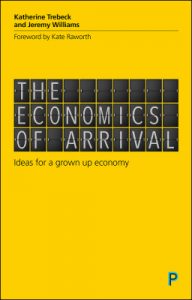 The Economics of Arrival; Ideas for a Grown-Up Economy (2019) 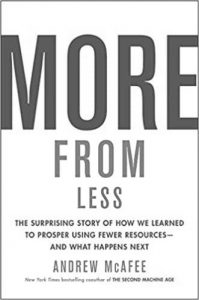 More from Less: The Surprising Story of How We Learned to Prosper Using Fewer Resources―and What Happens Next (2020) 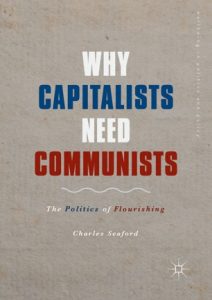 Why Capitalists Need Communists; The Politics of Flourishing (2019)