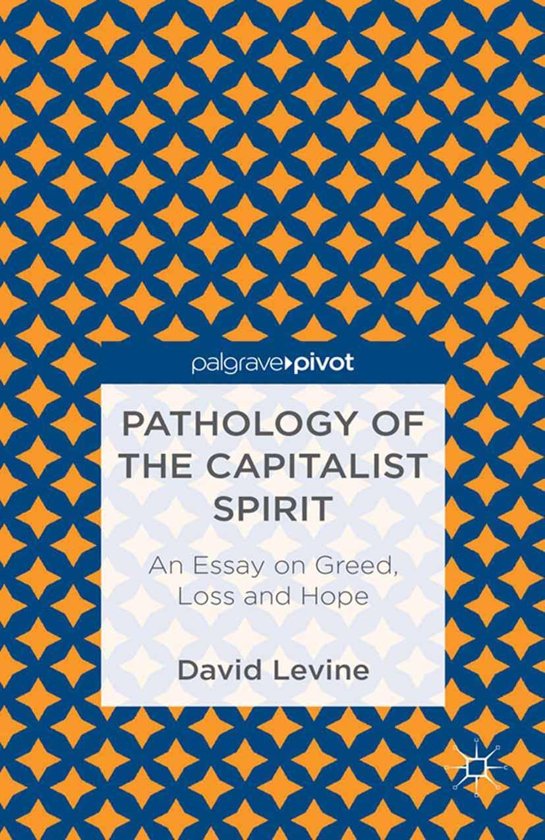 Pathology of the Capitalist Spirit is about capital and about the economic system that bears its name. In this book, Levine argues that our pursuit of ever-more wealth in the form of capital expresses our dissatisfaction with the world we live in, with what we have and what we don't have. Capital embodies our hope for something different. Because capital embodies this hope, it has become desire's object. In his study of capitalism, Levine explores the meaning of capital as a social reality connected to fundamental human aspirations.

The link between capital and the pursuit of a hoped-for state is especially important in light of the stubborn insistence on the part of its critics that capitalism exists to serve the material interests of those whose vocation is to own capital. This misunderstanding ignores what is essential about capital, which is its link not to interests but to hope, especially the hope that by accumulating capital the individual can achieve an attachment to the good. It is this hope that blocks tolerance of any notion that there is something unfair in the capitalist's acquisition of wealth and that fairness can be achieved through its redistribution to others. It is also this hope that animates the capitalist system as a whole. And in that sense, this hope is the spirit of capitalism.

David Levine has been Professor of Economics in the Josef Korbel School of International Studies at the University of Denver, USA since 1987. Prior to his appointment at the Korbel School, he held the position of Professor and Chair of the University's Economics Department. Between 1973 and 1981, he held the positions of Assistant and Associate Professor of Economics at Yale University. He is the author of numerous books and articles in the fields of political economy and political psychology, including: Poverty, Work and Freedom (with Abu Rizvi, 2005), Welfare, Right and the State: A Framework for Thinking (2008), Politics without Reason: The Perfect World and the Liberal Ideal (2008), and The Capacity for Civic Engagement: Public and Private Worlds of the Self (2011).

Table of Contents + Abstracts of Chapters

In appearance, capitalism is all about material benefits and those who gain them. Yet, the underlying reality is that of a system in which material benefits count for little because the real end sought is not material gain but a special kind of virtue that no material gain can ever secure. Capitalism is a system dominated by pursuit of an end in the face of which all real, possible satisfactions are made to appear inconsequential. Where pursuit of this special virtue dominates, the system produces not satisfaction but dissatisfaction, not gain, but loss. Loss is the reality of the system not because so many lose, but because, in it, loss becomes the primary end.

This chapter explores the nature and meaning of capital. The idea of capital is the idea of a good that does not get old, does not lose its ability to satisfy need, is not limited in that ability, or have that ability erode over time. Capital enables us to take what wealth we possess and turn it into more. The importance of capital is that in acquiring it we acquire the power to separate income from work and future from past. Capital represents our dissatisfaction with the world we live in and the life we lead there. It represents the rejection of the past and of who we were then. It is hope embodied; and because it is hope embodied, it is desire’s object.

2. The Disease of the Infinite

Capital becomes the object of desire when what we desire is not a finite life, but a life unconstrained by limits, a potential that is never given up by becoming something particular and therefore limited, an escape from what is unique and different in the direction of what remains universal and without limit. Satisfaction implies acknowledging difference, and the pursuit of limitless accumulations of wealth defies both difference and the finite satisfaction linked to it. The disease of the infinite leads to attacks on others that originate in the impulse to deprive them of the satisfaction we cannot have. This makes the capitalist process the process of alienation of spirit, a process that implies the loss of human vitality through its transfer or projection onto capital.

For the early capitalist, the pleasure sought in acquisition was not in consuming wealth, but in owning it. This meant that the acquisitive spirit combined an intense desire to enjoy the pleasures of life with an equally intense urge to exert control over desire by negating it. For the modern-day capitalist, the acquisitive drive has been corrupted by a growing preoccupation with those ephemeral worldly enjoyments the early capitalist viewed with contempt. At the same time, so long as the infinite remains the object, no satisfaction can be found in the real, finite world. Thus, the present-day capitalist also bears a complex relationship to the matter of satisfaction and desire, simultaneously pursuing satisfaction and denying that reality has the capacity to provide it.

The capitalist spirit plays itself out in a drama of the creation and destruction of the world. While we are in the habit of thinking that this process is all about the creation of objects capable of a higher order of satisfaction, it is actually a process not of gaining but of losing. In this process, the losers are the most important actors. We can understand the capitalist process, then, as a loser’s game. While the game is meant to enable us to reconceive ourselves in a shape that provides definitive evidence of our intrinsic value, its effect is the opposite: to reinforce doubt about the self. Capitalism is not about self-interest but self-doubt.

There is a tension between the spirit of capitalism and regulating what individuals can do with their wealth. Further, so far as regulation is meant to lessen the impact of losing on life chances, it reduces or eliminates the experience of loss that is so much a part of the purpose of the capitalist process. Finally, intolerance of regulation and authority results when we substitute fantasy for reason (our connection to external reality) as the basis for conduct and relating, a substitution implied in the disease of the infinite. Among the factors promoting this substitution, two are of special importance: the connection between self-interest and greed, and the dominance of fixed ideas rooted not in interests, but in myth and fantasy, a factor also linked to greed.

For freedom or creativity in living, it is not sufficient to have the means of production capable of producing and reproducing the things needed to sustain an already well-defined way of life; it is necessary to have the potential to live a life not yet determined. In other words, there must be a source of revenue capable of supporting varied and changing ways of life. Capital is this source when it is owned not as an end in itself, but as the potential to become something yet to be determined. When this is the case, capital is not desire’s object, but the way we secure that object, and the presence of capital does not imply dominance of greed. 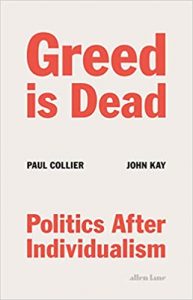 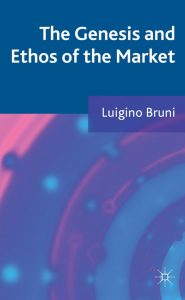