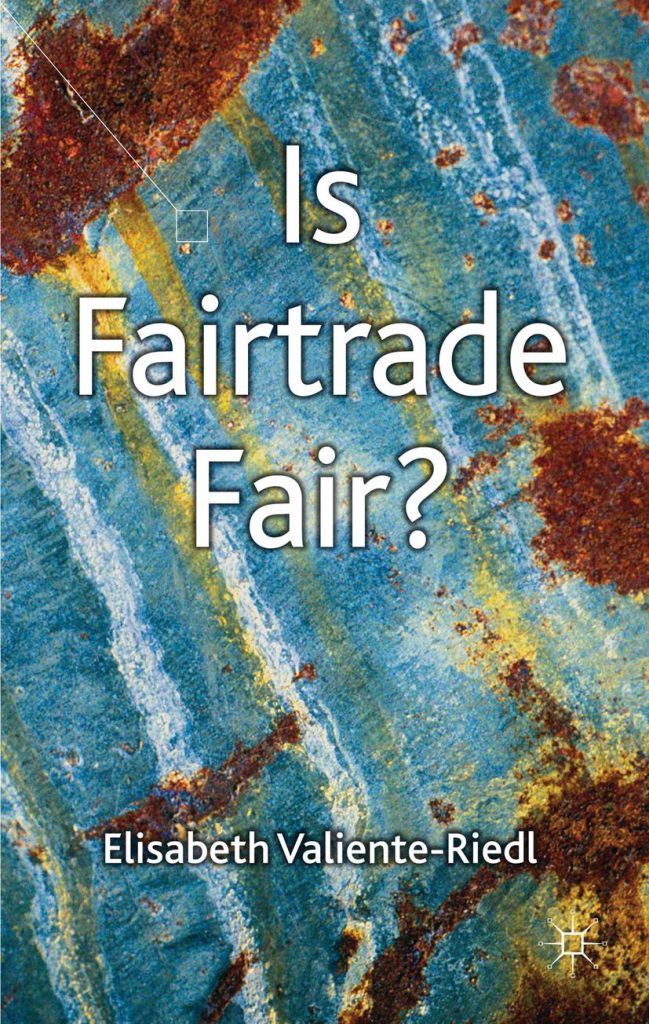 Is Fairtrade Fair? evaluates the capacity of Fairtrade® labeling to enhance the livelihoods of marginalized producers in developing countries. It looks critically at the evolution of fair trade values and markets, including its somewhat controversial engagement with conventional businesses, and problematizes the role of the "ethical consumer." 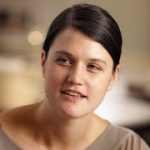 Elisabeth Valiente-Riedl is a Lecturer at the University of Sydney, Australia. She teaches two interdisciplinary postgraduate programs: the Master of Human Rights and the Master of Human Rights and Democratisation (Asia-Pacific). Her research focuses on the role and limitations of international markets in fostering poverty alleviation and wellbeing in developing countries.

Chapter abstracts have been copied from the book's page on SpringerLink

In recent years we have witnessed an upsurge in the debate over international trading rules and practices, with advocates of ‘fair trade’ both actively critiquing the integrity of a ‘free trade’ system and promoting alternative strategies for global exchange. This has emerged with increasing intensity through awareness of the important relationship between global trade and development. One of the strengths of this debate is that it has questioned the integrity of the dominant economic orthodoxy, in terms of both free trade principles and practices: does ‘free’ trade support a process of development? Yet this is perhaps the one question that fails to be understood or tested with reference to fair trade arguments that advocate alternative trade practices: does ‘fair’ trade support a process of development? While there appears little room for doubt on the first question, can consumers feel certain that their ‘Fair Trade’ purchases will resolve the ills of the global trading system?

Ownership of fair trade is claimed across a diverse range of ideologies and practices. Fair trade has even been used by some free trade advocates to represent their own methods and achievements. Consequently, affiliation with the fair trade banner does not necessarily exclude free trade strategies as might be expected. A key challenge is to ensure that the distinction between fairness arguments is understood. Some posit a conventional trade liberalisation model while others advocate alternative trade practices and their networks (defined as distinct from the dominant free trade paradigm). This understanding is fundamental to identifying and evaluating not only free trade strategies and practices but also to identifying and evaluating applied alternatives to conventional trading practices.

3. The Market: An Unequal Exchange?

The claim is put forward that the terms of international trade disadvantage developing countries and are inherently unfair or unequal. This has placed trade at the centre of development debates with calls from many NGOs that ‘trade not aid’ should be the focus of development policies. Rather than questioning a link between trade and development per se, questions have been raised over the elevation of the market as the key institutional form for regulating trade. Critics also claim the market is neither free nor fair in its current institutional articulation, with uneven deregulation favouring developed countries over the developing countries that have lowered their trade barriers more rapidly. In the debate over trade and development, the role and limitations of the market — both as an ideal but also particularly at the level of implementation — remain divisive. For some a return to a more regulated trade environment — or at the very least a move to a more evenly deregulated trade environment — is crucial before trade can begin to serve the needs of developing countries.

4. The Birth of a Movement and Trade Alternative

Fair Trade has its origins in a significantly distinct and diverse style of engagement with Southern producers, which is largely attributed to the work of Alternative Trade Organisations (ATOs). In recent years, ATOs began identifying as Fair Trade Organisations (FTOs). They operate as socially motivated business entities that are active in international trade by creating an alternative network of exchange, dedicated to enhancing the development prospects of marginalised producers in developing countries. In this articulation of Fair Trade, trade as a process (reflected in the structures and networks of participating businesses), is emphasised.

5.Fair Trade: Peeling Back the Label

Fairtrade labelling merges its products onto the shelves of mainstream retail outlets by employing a hallmark device which distinguishes it from other Fair Trade models: product assurance. Fairtrade labelling does not vouch for the general business practices of the companies that trade and sell Fairtrade-labelled products, but rather it vouches for those associated with the trade of Fairtrade-labelled products. While ATOs make promises about their general business practices, the Fairtrade label simply promises to provide producers with better conditions relating to the trade of the products they sell as Fairtrade. Indeed, this is the key message provided by the Fairtrade label, conveyed to consumers every time they purchase a Fairtrade product: ‘FAIRTRADE guarantees a better deal for Third World Producers’. However, the device of product assurance in Fairtrade cannot be reduced to the label and its hopeful promise of ‘a better deal’ for producers. The label, or the product assurance it signifies, is underpinned by the Fairtrade standards and certification that give it meaning. These in turn are supported by Fairtrade governance structures. Accordingly, questions regarding multi-stakeholder participation need to be asked, to glean the level of ownership by different interest groups, including producers, of the process and the meaning of product assurance in Fairtrade. Likewise, an assessment of the relative compliance burdens imposed on stakeholders will allow some observations regarding the distribution of responsibilities that accompany Fairtrade product assurance, specifically analysing the burdens imposed on producers relative to traders.

Fairtrade proposes to be an open system, which especially targets marginalised producers, yet there are a number of factors that determine eligibility. In order to undertake an evaluation of Fairtrade’s impact on marginalised producers, it is first necessary to clearly understand the scope of Fairtrade markets, including the rules and trends that determine producer capacity to participate. An understanding of the terms of access, which characterise entry into Fairtrade labelling, provides insights into how viable an alternative the Fairtrade labelling model is for producers on a whole, or whether this is a system that works only for a privileged minority.

The claim is made on a packet of Okapa Organic Fairtrade coffee, sourced from PNG, that ‘[t]he people who grew and picked this FAIRTRADE Certified coffee will directly benefit from our ethical choices by getting an above market price for their coffee and a local living wage for their efforts’. It goes on to say that ‘by choosing to buy FAIRTRADE we also choose to REHUMANISE the FOOD SUPPLY chain’. This raises the question whether the claims made by Fairtrade certifiers are justified, considering the impact of Fairtrade certification on participating producers. The previous chapter qualifies this evaluation of Fairtrade’s impact, with the reality that this certification is currently only accessible for a small portion of producers in the global South. Yet, Fairtrade may still serve as a model, which actors in the conventional market may aspire to. As such, it is important to ask whether Fairtrade achieves its promise of ‘an above market price’ and more broadly, to evaluate the opportunities this ‘fair’ market offers in contrast to the broader ‘free’ market.

8. Ethical Consumption: Revolution from Within?

The limitation of the Fairtrade market — which ironically is an effort at mainstreaming — has clearly shown the importance for change in the conventional commercial market. The ‘fairness’ of ethical initiatives like Fairtrade might appear limited when measured by levels of producer participation. Therefore its capacity to transform global trade relations is compromised, raising a key concern with Fairtrade. Rather than impacting on the behaviour of participating consumers and businesses, does Fairtrade merely invite both to do their part and ease their guilt in a very limited way, without addressing or challenging the persistent problems in conventional trade rules? Conversely, do trends in Fairtrade consumption and that of other ethical initiatives suggest a broader capacity to transform the global trade regime? In turn, is this evidenced in the behaviour of corporate actors participating in Fairtrade, who by the logic of the market, should be guided by consumer preferences?

A poignant quote from a cooperative leader in Papua New Guinea captures the impact of low coffee incomes (especially where they fail to cover even the costs of production), on the smallholder coffee producers in his village: ‘If we don’t get enough [money] we won’t work hard; it will demoralise us’ (Cooperative Leader A, 2004). This message has been heard, it has been embraced, and it has been acted on through the development of the Fairtrade label, offering a ‘better deal’ for marginalised producers. Initiatives like Fairtrade demonstrate that another crucial point has been understood. Marginalised producers like this may feel demoralised but it is the consumers — be it the traders, retailers or individual end consumers — that should feel demoralised. Allowing and thereby effectively condoning an unequal exchange such as that which characterises the conventional coffee trade to occur and, even worse, to continue is, after all, inexcusable. The responsibility of traders and consumers has been grasped within Fair Trade networks, but what remedies does the Fairtrade label really offer marginalised producers in the developing world? This depends of course on which producers are examined: the minority supplying the Fairtrade market or the majority who are excluded? 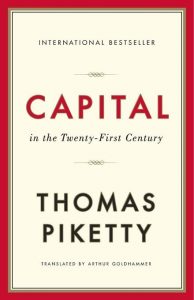 Capital in the Twenty-First Century (2014) 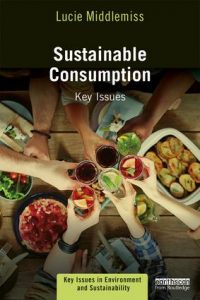