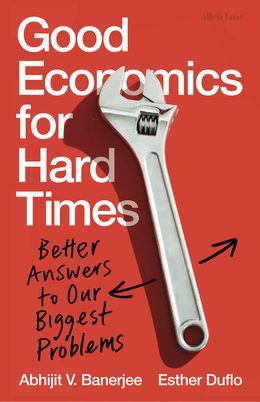 The experience of the last decade has not been kind to the image of economists: asleep at the wheel (perhaps with the foot on the gas pedal) in the run-up to the great recession, squabbling about how to get out of it, tone-deaf in discussions of the plight of Greece or the Euro area; they seem to have lost the ability to provide reliable guidance on the great problems of the day. Good Economics is ambitious, provocative book in which Abhijit V. Banerjee and Esther Duflo show how traditional western-centric thinking has failed to explain what is happening to people in a newly globalized world: in short Good Economics has been done badly. They cover the most essential issues, including why migration doesn't follow the law of supply and demand, why trade liberalization can drive unemployment up and wages down and why nobody can really explain why and when growth happens. In doing so, they seek to reclaim this essential terrain, and to offer readers an economist's view of the most pressing political issues, one that is candid about the obstacles we face but optimistic that we can find better ways to overcome them.

"It’s rare for economists to highlight how little is known about which policies and institutions fuel economic growth and prosperity. But in their latest book, Good Economics for Hard Times, Nobel Prize-winning economists Esther Duflo and Abhijit V. Banerjee do exactly that. And it’s this quality of humility and courage, espoused throughout their writing, that inspires confidence and curiosity in what they have to say about other, potentially more important, issues. Each chapter of the book tackles a big question of global relevance – many of which the reader has likely pondered or even debated over the dinner table. Questions like: should people vote for politicians that favour immigration? How might we avert climate Armageddon? Does welfare or cash handouts make people lazy? And what impact will automation have on jobs and welfare? Despite the contentious and divisive nature of these topics, the authors manage to orchestrate a balanced debate, engaging with the entire spectrum of research, evidence and public opinion. [...] Filled with personal anecdotes and experiences, the book provides a grounded bird’s-eye view of policy debates that are shaping the discourse on today’s most pressing global problems. Furthermore, in carefully laying out the evidence and not preaching dramatic solutions, the book imparts an important lesson to anyone engaged in scholarly work: be less strident with your views. Every question has multiple answers. And new findings can easily overturn well-established ‘knowns’. Undoubtedly, though, the authors’ biggest contribution stems from a recurrent critique levied throughout the book against the economics profession’s obsession with growth."

Yanis Farouvakis on The Guardian wrote:

"The book’s authors, MIT economists Abhijit Banerjee and Esther Duflo, write beautifully and are in full command of their subject. They examine the most crucial issues humanity faces (migration, trade wars, the scourge of inequality, climate catastrophe) with a combination of humility over what economics cannot tell us and pride over its contributions to our limited understanding. On every page, they seek to shed much-needed light upon the distortions that bad economics bring to public debates while methodically deconstructing their false assumptions. In their words, the book’s noble, urgent task is 'to emphasise that there are no iron laws of economics keeping us from building a more humane world'. [...] The book’s greatest contribution is its methodical deconstruction of fake facts [...] Every book as important as this one must include a theory of change: how shall we use its insights to bring about a more humane world? Banerjee and Duflo’s offering is enlightened selfishness by the rich ('The rich may eventually see that it is in their self-interest to argue for a radical shift toward the real sharing of prosperity') and razor-sharp analysis that is disseminated to the public ('The only course we have against bad ideas is to be vigilant'). This is unconvincing, but it could not be otherwise. [...] Perhaps the greatest contribution of Good Economics… is precisely this: it demonstrates both the brilliant insights that mainstream economics can make available to us and its limits, which a progressive internationalism has a duty to transcend."

"Duflo in particular is known as the high priestess of randomised controlled trials — experiments testing the effectiveness of specific policy interventions, much as clinical trials do in medicine. [...] Rather than grand theorists, economists should see themselves as plumbers, she says: practical tinkerers interested above all in whether interventions actually work. The duo’s 2011 book Poor Economics outlined how such experiments can help developing countries improve everything from school enrolment to immunisation rates. Their follow-up, Good Economics for Hard Times, is broader in scope but makes essentially the same argument: cutting-edge economic research can help fix thorny problems, from aiding communities recovering from trade shocks to setting ideal immigration levels. [...] Ultimately, they are concerned with the way economics can aid human dignity. [...] This might sound fluffy, but it is carefully argued and backed with research — albeit at the cost of making an otherwise impressive and important book read at times like a series of summaries of economic journal papers. Little space is given to how to make the political case for their radical ideas, either. Yet Good Economics is an effective response to Banerjee and Duflo’s more thoughtful critics, some of whom argued that devotion to randomised trials had led to a narrowing of economics, in which complex questions that could not be scientifically tested should simply be set aside. The authors make a convincing case that empirical economics contains answers to many vexing problems, from populism to identity politics, especially when economists are willing to range outside their discipline’s confines. As they put it in their conclusion: 'Economics is too important to be left to the economists'.”

"Proponents of market reforms are quick to tout the benefits that markets have to deliver. But as Abhijit Banerjee and Esther Duflo, two of this year's Nobel laureates in economics, repeatedly show in Good Economics for Hard Times, some apologists have a tendency to overpromise. Markets, the authors remind us, can be sticky. Pro-market reforms like freer trade, for instance, only work as well as advocates predict when people can freely move to better opportunities. In reality, people don't move so fluidly to new industries or regions. [...] In contrast to such 'bad economics', Mr. Banerjee and Ms. Duflo offer the 'good economics' of policies that take such stickiness into consideration. The authors are not trying to get rid of markets. [...] Great so far, but then the book takes some wrong turns. In calling for tax increases, for instance, the authors recommend engaging 'the best minds in the world to work with governments . . . to redesign our social programs for effectiveness.' For the U.S. in particular, 'the only possible way out involves a much expanded role for the government.' This isn't merely introducing cellphones to fishermen. Would such a big redesign really work? [...] The authors also acknowledge that there will be disagreements about solutions. [...] They say their job is 'to offer facts' that they hope 'will help mediate these divides . . . and thereby arrive at some reasoned disagreement [with] respect on both sides.' Yet the authors themselves struggle to manifest this respect. They engage in some ad hominem arguments, discounting their opponents' views if they have appeared on television or in the press, if they work for the private sector, are 'strident' or belong to 'a previous era.' The authors don't identify by name those doing bad economics, except for an attack on 'nine conservative academic economists, mostly with solid reputations but also part of this older generation.' The authors feel that their opponents suffer from 'ignorance and ideology' because they 'often feel free to ignore the weight of the evidence.' For their own arguments, the authors appeal to the authority of 'recognized leaders in the profession,' also known as 'today's best economists.' [...] Good Economics for Hard Times lives up to its authors' reputations, giving a masterly tour of the current evidence on critical policy questions facing less-than-perfect markets in both developed and developing countries, from migration to trade to postindustrial blight. But the book is less convincing when it suggests that a wholesale redesign of social programs is a viable or desirable replacement for our messy democracies and sticky markets. The evidence is lacking for such an ambitious evidence-based policy."

Table of Contents of Good Economics 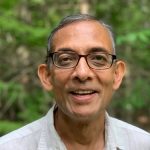 Abhijit Vinayak Banerjee was educated at the University of Calcutta, Jawaharlal Nehru University and Harvard University, where he received his Ph.D in 1988. He is currently the Ford Foundation International Professor of Economics at the Massachusetts Institute of Technology. In 2003 he founded the Abdul Latif Jameel Poverty Action Lab (J-PAL), along with Esther Duflo and Sendhil Mullainathan and remains one of the directors of the lab. Professor Banerjee is the recipient of the 2019 Sveriges Riksbank Prize in Economic Sciences in Memory of Alfred Nobel, awarded jointly with Esther Duflo and Michael Kremer "for their experimental approach to alleviating global poverty." 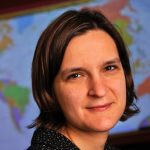 Esther Duflo is the Abdul Latif Jameel Professor of Poverty Alleviation and Development Economics in the Department of Economics at the Massachusetts Institute of Technology and a co-founder and co-director of the Abdul Latif Jameel Poverty Action Lab (J-PAL). In her research, she seeks to understand the economic lives of the poor, with the aim to help design and evaluate social policies. She has worked on health, education, financial inclusion, environment and governance. 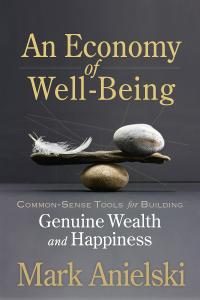