GDP: A Brief but Affectionate History (2015) 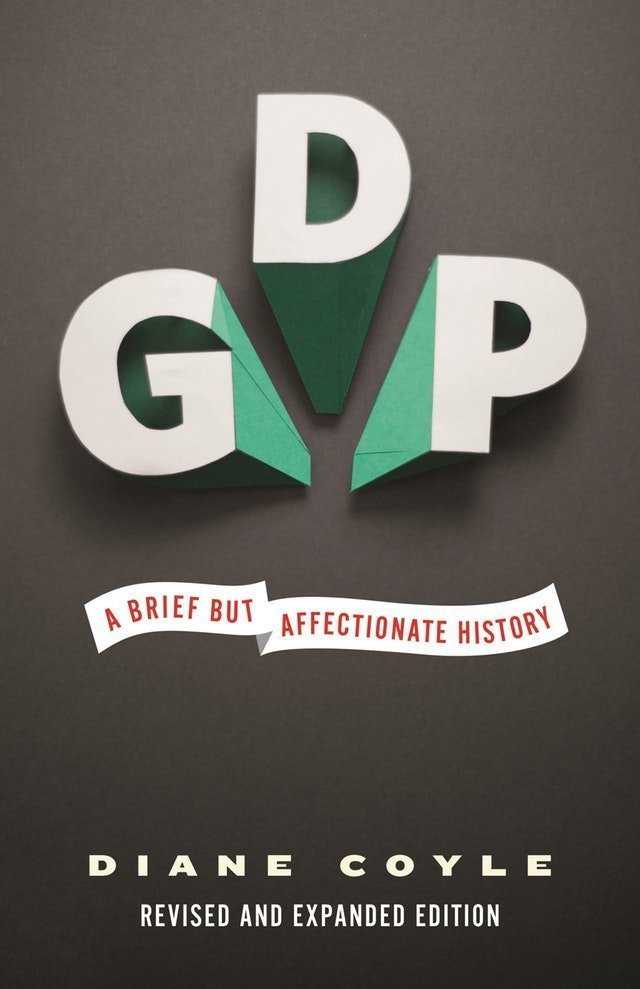 Why did the size of the U.S. economy increase by 3 percent on one day in mid-2013—or Ghana’s balloon by 60 percent overnight in 2010? Why did the U.K. financial industry show its fastest expansion ever at the end of 2008—just as the world’s financial system went into meltdown? And why was Greece’s chief statistician charged with treason in 2013 for apparently doing nothing more than trying to accurately report the size of his country’s economy? The answers to all these questions lie in the way we define and measure national economies around the world: Gross Domestic Product. GDP: A Brief but Affectionate History is an entertaining and informative book that tells the story of GDP making sense of a statistic that appears constantly in the news, business, and politics, and that seems to rule our lives—but that hardly anyone actually understands.

Diane Coyle traces the history of this artificial, abstract, complex, but exceedingly important statistic from its eighteenth- and nineteenth-century precursors through its invention in the 1940s and its postwar golden age, and then through the Great Crash up to today. The reader learns why this standard measure of the size of a country’s economy was invented, how it has changed over the decades, and what its strengths and weaknesses are. GDP: A Brief but Affectionate History explains why even small changes in GDP can decide elections, influence major political decisions, and determine whether countries can keep borrowing or be thrown into recession. The book ends by making the case that GDP was a good measure for the twentieth century but is increasingly inappropriate for a twenty-first-century economy driven by innovation, services, and intangible goods.

"Although GDP is a gigantic dizzying problem, Diane Coyle provides a wonderful, clear account of all the above complexities in more or less historical order. Hers is the first book that gives in a sufficient, concise way an understanding of one of the most important tools of economic policy. It is, however, not a history in the scholarly meaning of this term. GDP was 'invented' in the 1940s as part of a 'national account' system. Actually, such a general history of national accounts does not exist yet. [...] Coyle’s book is certainly an important step in that direction and hope-fully also an invitation to historians to write such a general history. GDP is an 'affectionate' account — not only of what GDP measures or doesn’t, but also of what it should measure and how it should be adapted to make this possible. [...] GDP is a fascinating story about modern economics and economic policy. It is written so that it appeals to non-economists but nevertheless addresses the more profound problems of economic performance and the central issues of economic policy. It is a must-read for any freshman in macroeconomics."

"The failure of GDP to provide any indication of the looming financial crisis is symptomatic of its greatest weakness: its inability to measure the quality as well as the quantity of economic growth. It is in response to this critique that Diane Coyle has written a 'brief but affectionate' history of GDP. Coyle’s sympathies with GDP are confirmed in the introduction, where she describes it as 'an important measure of the freedom and human capability created by the capitalist market economy' (p.5). As well as telling the story of GDP, she aims to rescue its reputation, at least in part, from its detractors. The strongest part of the book charts the development of national accounting from the 17th century through to the creation of GDP itself and its literal and metaphorical rises and falls in the 20th and 21st centuries. [...] Consistent with a defense, Coyle devotes more space to positives than negatives but this weakens her overall argument because she does not deal well with some major critiques. First, her account of the technical problems with measuring GDP is thorough in parts but with major omissions. [...] This reflects her view of economic growth, which she sees as a solution, rather than a cause of climate change. Second, Coyle gives short shrift to the 'happiness' debate (the terms always appears in inverted commas). [...] In many ways this is a defence of growth, rather than GDP. Like other advocates and critics, Coyle sometimes conflates the measurement of output with growth itself and the economic policies that produce or limit it. [...] If it is just a measure of the size of the economy, why has GDP taken on such totemic importance? If not a measure of welfare why do we not have one? If we did have such a measure would it always be trumped by short-term economic concerns? These issues are not discussed presumably in the interests of brevity. Whilst the history of GDP may be less than a century old, the arguments for and against are extensive and may, in the end, be too complex for such introductory treatment."

"As a former economic advisor to the English Government, Diane Coyle is able to masterfully recount known problems and complications with measuring GDP while highlighting some new concerns pertinent to any student of economics. Unfortunately, the valuable insights in the book are scattered throughout sporadic, sometimes partisan, chapters that read more like a casual history of world events than a history of GDP. [...] Coyle tells a rich and compelling story about the history of GDP. Unfortunately, the book seeks to answer a history of thought question using the chronological history of macroeconomic events in the past century. [...] Firstly, by telling the history of macroeconomic events, Coyle is forced to rush through a century of events and concepts which lead her to explain and opine on several topics unrelated to the core of the book. Her explanations are often brief, and the short opinions offered during historical explanations are controversial to say the least. [...] Secondly, writing about GDP via a chronology of macroeconomic events requires Coyle to put the history of GDP into a boom-bust narrative [...] the reader cannot determine from the evidence presented in this book that these historical events were the principal drivers of economic thinking as they relate to GDP. [...] While Austrian economists will certainly disagree with much of Coyle’s commentary in the book, we can agree with many of her conclusions regarding government use of GDP over the past century. [...] After reading Coyle’s book, any reader will be more skeptical about our ability to understand macroeconomic health or fluctuations from GDP data. Upon further reflection it is unclear that GDP can simply be improved. After all, GDP is a measure of aggregates that are the outcome of a complex and spontaneous market process; those aggregates cannot be directly acted upon. Any attempt to boost those aggregates will only distort what they were originally proximate measurements of. Coyle disagrees. Despite documenting 150 pages worth of the measure’s shortcomings, she concludes that GDP is superior to all currently available alternatives"

"GDP, the most fundamental concept of aggregate economics, is often misunderstood and misused. In a brief book, Diane Coyle attempts to demystify and clarify the concept by providing what she calls 'an affectionate history.' The product is a lucid and clear presentation that however must come with a caution sign. The story is often incomplete, and what it does contain is not always accurate. Among the salient and controversial topics discussed are the adequacy of GDP for the twenty-first century, the deficiencies of GDP as a measure of welfare, and the strange way in which banking services are calculated."

"Behind an austere, almost Orwellian inspired, cover lies an engaging and thought provoking study into one of the very pillars of macro-economic thought and policy. It left me with a slightly uncomfortable feeling of not really knowing who to trust. The book makes the reader think, and think again, about the global economic ‘machine’ and should therefore be applauded for encouraging deeper consideration of the issues. This is clearly not a text book as such, but a copy or two would be a welcome addition to any resource base for students studying A levels or as undergraduates."

Lecture by Coyle on the Book


Table of Contents of GDP: A Brief but Affectionate History 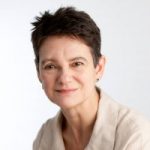 Diane Coyle runs Enlightenment Economics, a consulting firm specializing in technology and globalization, and is the author of a number of books on economics, including The Soulful Science (Princeton), Sex, Drugs and Economics, and The Weightless World. A vice-chair of the BBC Trust and a visiting professor at the University of Manchester, she holds a PhD in economics from Harvard. 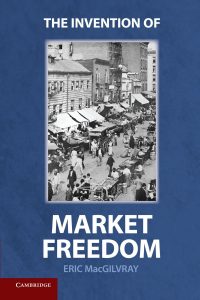 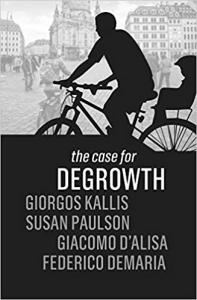 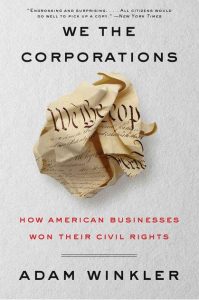 We the Corporations; How American Businesses Won Their Civil Rights (2018)