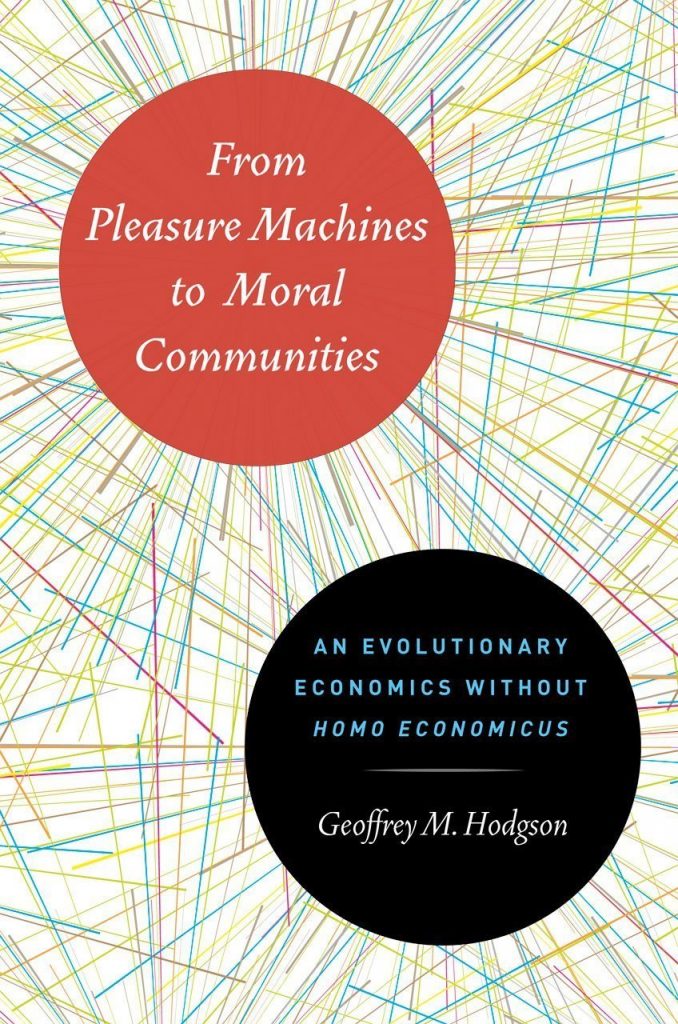 Are humans at their core seekers of their own pleasure or cooperative members of society? Paradoxically, they are both. Pleasure-seeking can take place only within the context of what works within a defined community, and central to any community are the evolved codes and principles guiding appropriate behavior, or morality. The complex interaction of morality and self-interest is at the heart of Geoffrey M. Hodgson’s approach to evolutionary economics, which is designed to bring about a better understanding of human behavior.

In From Pleasure Machines to Moral Communities, Hodgson casts a critical eye on neoclassical individualism, its foundations and flaws, and turns to recent insights from research on the evolutionary bases of human behavior. He focuses his attention on the evolution of morality, its meaning, why it came about, and how it influences human attitudes and behavior. This more nuanced understanding sets the stage for a fascinating investigation of its implications on a range of pressing issues drawn from diverse environments, including the business world and crucial policy realms like health care and ecology.

This book provides a valuable complement to Hodgson’s earlier work with Thorbjørn Knudsen on evolutionary economics in Darwin’s Conjecture, extending the evolutionary outlook to include moral and policy-related issues.

"Geoffrey M. Hodgson has written a first-rate book that demonstrates how morality is not only part of people’s behavior, but also necessary for building a sound and humane economy and society. Economic actors — consumers, workers, business owners — have moral values that help shape their behavior. If economic theory is going to predict behavioral responses of economic actors, these values must be taken into account. As Hodgson argues, there is the need for a better conception of human behavior. Social and institutional economists have always understood this. Basically, the argument is that (a) people act on the basis of embodied moral values as well as from self-interest, and (b) that ethical behavior is needed for the economy to be efficient. [...] This book is possibly the single best summary of the importance of moral behavior in the economy and the inadequacy of basing economic theory solely on self-interested behavior. In addition, however, Hodgson goes a step further. He criticizes standard economics for failing to ask where people’s preferences come from, instead of taking them as given. [...] Hodgson then argues that just as preferences cannot be taken as given, it is not sufficient to take moral values for granted. It is necessary to explain their existence and persistence. [...] Hodgson sees humans as embodying an inclination toward cooperation and moral behavior because they contribute to community’s survival. He builds on Charles Darwin’s evolutionary theory, as mediated through social biology [...] It is here that I have some problems with Hodgson’s work. [...] if morality stems from evolutionary causes, these are very long-term factors that are not policy amenable. The cultural enhancement factor may be affected by policy, but then the evolutionary part fades into the background. The argument for evolution as the basis for morality may be important for theory, but it does not seem needed for practical policy issues. [...] As Hodgson points out, habits of benevolence and civic spirit, in addition to heightened group consciousness, can be furthered by bringing people together to solve common problems. Such factors as (i) growth of worker participation in management, (ii) consultation between local communities and business firms to negotiate plant closings and relocations, and (iii) establishment of advisory boards on employment policy that represent labor, business, and the public, are all steps toward a recognition that individual self-interest alone is not sufficient, and that mutual responsibilities are necessary in a world where public, private, and cooperative institutions must work together in creating a humane society. Despite my quibbles regarding the focus on evolution as the basis of morality, this book needs to be read by all social as well as institutionalist economists and by policy makers, whether conservative or liberal."

"Given our constantly expanding knowledge about human beings’ essential moralnature, it is counterproductive for economists to continue stubbornly to assume simpleself-interest on the part of the persons it models, especially in cases where we have clear evidence of moral action alongside self-interested pursuits. (In addition to thefields examined in the book, there are many others, such as law-and-economics and the economics of the family, which could benefit from an enhanced approach to choice.) With From Pleasure Machines to Moral Communities, Geoffrey Hodgson has madean invaluable contribution in enriching the economic modeling of human choice alongthe lines of cutting-edge evolutionary research."

"The book is the fruit of Hodgson’s long study of the history of economic ideas—particularly of institutionalism—and especially of his enquiry into the possibilities of applying a Darwinian approach to social and economic evolution. In this case, his previous work on evolutionary outlook has been extended—as he himself underlines—to include moral and policy-oriented issues. [...] From chapter 6, we learned that ethics, morality and cooperation matter for the consideration of capitalism,contracts, the operation of labour markets or the functioning of firms. They do matter: but the degree to which this holds true is very different if you compare—say—a Japanese and a British firm, or the model of capitalism in the USA and in Germany. Hodgson very convincingly argues throughout his book that humans or social groups are both able to act morally and to be self-interested. One may imagine that it is the different combinations of the two differing logics of action that explain the differences in social organization of the economy. But is this a satisfactory point of arrival? Or is it sufficient to stress—as in the subsequent chapters—that it is necessary and possible to intervene at the policy level with measures to enhance equity, fairness, justice etc.? It seems to me that what remains really missing and is still needed is a theory able to take both moral and selfish motivations into account, as the author says."

Table of Contents of From Pleasure Machines to Moral Communities 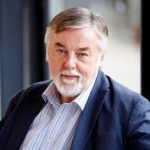 Geoffrey Hodgson is Research Professor in Business Studies at the University of Hertfordshire. His research focuses on the theoretical and methodological foundations of institutional and evolutionary economics. He is Editor-in-Chief of the Journal of Institutional Economics and author of over 16 books, over 140 articles in academic journals, and over 80 articles in academic books. His principal fields of academic interest are institutional economics, evolutionary economics, the methodology of economics, the history of economic thought, the nature of the firm, and social theory. 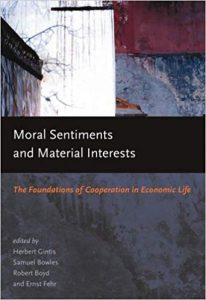 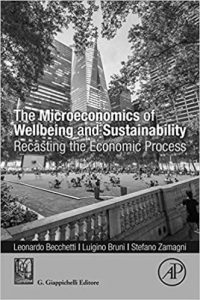 The Microeconomics of Wellbeing and Sustainability: Recasting the Economic Process (2019) 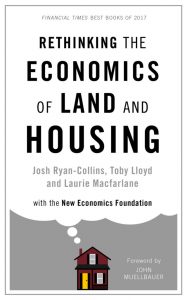