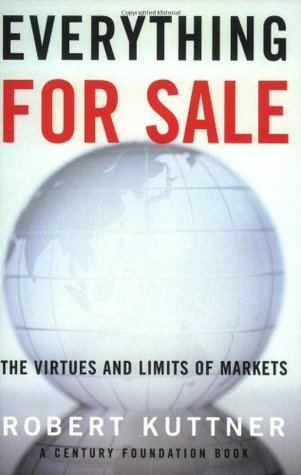 In this highly acclaimed, provocative book, Robert Kuttner disputes the laissez-faire direction of both economic theory and practice that has been gaining in prominence since the mid-1970s. Dissenting voices, Kuttner argues, have been drowned out by a stream of circular arguments and complex mathematical models that ignore real-world conditions and disregard values that can’t easily be turned into commodities. With its brilliant explanation of how some sectors of the economy require a blend of market, regulation, and social outlay, and a new preface addressing the current global economic crisis, Everything for Sale will play an important role in policy-making for the twenty-first century. 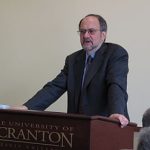 According to Wikipedia Robert Kuttner (1943) "is an American journalist and writer whose works present a liberal / progressive point of view. Kuttner is the co-founder and current co-editor of The American Prospect, which was created in 1990 as an "authoritative magazine of liberal ideas," according to its mission statement. He was a 20-year columnist for Business Week, and continues to write columns in The Boston Globe and for the Huffington Post. Kuttner is also one of five 1986 co-founders of the Economic Policy Institute, and currently serves on its executive committee. In 2007, Kuttner joined the liberal Demos research and policy center as a Distinguished Senior Fellow."

Reviews:Craig M. Gay on Journal of Markets and Morality wrote:

"In Everything for Sale, he examines a number of significantly flawed markets - including the labor market, the market for health care, and financial markets - with an eye toward defending a mixed economy and persuading his readers that the realization of a truly humane and democratic society must inevitably warrant a good deal of governmental intervention in economic affairs. [...] Beyond defending the importance of regulatory interventions, Kuttner also stresses that attempting to purify imperfect markets by trying to make them more superficially market-like may actually render them even more imperfect. [...] Kuttner also observes that market institutions have a tendency to drive out extra-market institutions, just as market norms tend to drive out non-market norms. [...] Beyond contending with Chicago School economists, Public Choice theorists, advocates of “Law and Economics,” and other defenders of unbridled markets, Kuttner also makes any number of policy prescriptions. [...] Everything for Sale is quite a good book. While Kuttner’s left-of-center and social-democratic passions are evidenced throughout, his argument is clearly, interestingly, and fairly presented, and thoroughly documented."

From May 2018: "I acquired a copy back in 1997, but am somewhat ashamed to admit that I had never, until a few weeks ago, actually read it. When I got the assignment to review Kuttner’s latest, I figured the time had come. Everything for Sale holds up well, I can report. Yes, parts are inevitably dated, and no, maybe Kuttner didn’t need to go into quite such detail on, say, the early history of workers’ compensation. But to me none of his market critiques comes across as entirely wrong (although it would be easy to find people to dispute his take on airline deregulation), and many have since become widely accepted. Most economists who study such matters now agree with Kuttner that financial markets are prone to swing from bubble to economy-damaging bust. One now frequently hears arguments, sometimes from corporate executives, that maximizing shareholder value is a muddle-headed and counterproductive aim for corporations. Most Americans now really do seem to want less of a free market in health care rather than more." 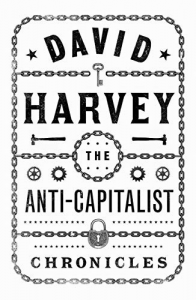 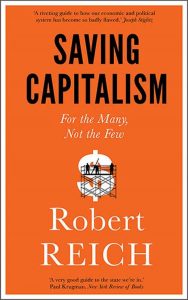