Enough is Enough; Building a Sustainable Economy in a World of Finite Resources (2012) 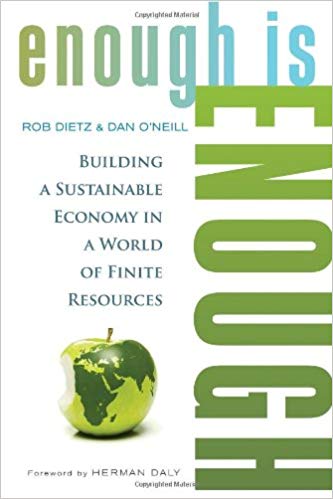 It’s time for a new kind of economy. We’re overusing the earth’s finite resources, and yet excessive consumption is failing to improve our lives. In Enough Is Enough; Building a Sustainable Economy in a World of Finite Resources, Rob Dietz and Dan O’Neill lay out a visionary but realistic alternative to the perpetual pursuit of economic growth—an economy where the goal is not more but enough.

They explore specific strategies to conserve natural resources, stabilize population, reduce inequality, fix the financial system, create jobs, and more—all with the aim of maximizing long-term well-being instead of short-term profits. Filled with fresh ideas and surprising optimism, Enough Is Enough is the primer for achieving genuine prosperity and a hopeful future for all.

"Enough is Enough explores practical ways to develop a steady-state economy. Some of these ideas are well known – carbon taxes, electricity rationing – but others are intriguing. To stabilize population, Dietz and O’Neill urge the broadcast of soap operas showing the value of family planning, a tactic that helped to reduce the fertility rate in Ethiopia. The concept is impressive because it makes use of both popular culture and storytelling – two things social movements need to call upon more frequently. But could a steady-state economy actually be implemented? The authors realize it would require international support – a lone nation embracing non-growth would face capital flight – but they point with optimism to agreements such as the Montreal Protocol, which saw chemical restrictions enacted by countries around the world. Dietz and O’Neill also suggest that because the new economy would bring major benefits like employment and greenhouse gas reduction, its principles could prove to be immensely popular. At times, Dietz and O’Neill’s analysis is overly simplistic. Presenting their case against consumerism, they argue that scientists 'have been conducting research into what makes people happy … and their findings point squarely away from consumer culture.' The authors claim that well-being is actually fostered by things like friendship, physical activity and life-long learning, but I would argue that the reality is more nuanced. [...] Dietz and O’Neill’s ideas are often illuminating and Enough is Enough’s greatest contribution lies in drawing our attention to 'enoughness' as a concept. While reading this book, I reflected on enoughness in my own life and realized that, even for those who recognize its value, it’s devilishly hard to accept."

"The main value of this book is not just in arguing how the current growth-oriented system is untenable, but also in providing an alternative vision [...] Many critics have highlighted how mainstream vision of development discounts environmental and social costs as externalities; but this book goes much further and boldly tackles inequality, social justice, population growth, etc., and proposes alternatives. And most importantly, how life in society that says 'enough' can be enriching and need not be stagnant and boring. [...] Ecological economists and other brands of critics have been floating many of the ideas espoused in the book for a long time. However, the brilliance of the book lies in tying all these into a very readable blueprint for change. Sure, there are shortcomings. Admittedly, many ideas espoused in the book are still in their infancy and need further elaboration and work. Changes required may seem utopian or naive as they require an enlightened integration of politics, economics and ecology, currently hard to envision. Many of their proposals seem too radical for an economy whose very foundation is built on the 'growth-imperative' — capitalism without growth is an oxymoron! Nevertheless, as the authors stress, economic laws, unlike physical laws, can be modified to suit human and planetary needs."

"For Dietz and O’Neill, there are two principal reasons for favouring a steady-state economy: because of the ecological damage growth is doing to the planet and because increases in income, at least in advanced economies, are not accompanied by improvements in wellbeing. The former argument is by far the more persuasive; analysis claiming to show growth does not lead to enhanced wellbeing is flawed. The point of this book, however, is not just to repeat the case for a steady-state economy; it is to envisage that economy and the transition to it. The bulk of the book, therefore, is devoted to setting out ‘seven policy directions that will serve as pillars of a steady-state economy’ and ‘three more pillars … to energize the transition’. [...] A number of the policies put forward make good sense, will attract support and stand a decent chance of being advanced by policymakers, though probably not at the pace the authors would like. [...] Unfortunately, some of the policies are backed up by bad economics. [...] More attention could also have been given to apparent contradictions in the recommended policies. [...] If envisaging how a steady-state economy might work is hard, identifying practical ways to move in the right direction is an even bigger challenge. Here, Dietz and O’Neill’s conclusions are optimistic to say the least. A massive shift in values will be needed to bring about a change from the present culture of consumerism to one of sustainability. The authors believe public support for such a change will emerge as the limits to growth assert themselves. Nothing I see in the world around me leads me to share this view. Similarly, the shift to a steady-state economy will need international cooperation on a scale never before seen. [...] This book is well written. The analysis is clearly set out and will be readily accessible to its target audience of non-economists. [...] sympathizers with the idea of a steady-state economy will find much of interest here, even if they are unlikely to agree with all the policies put forward. What the book will not do, however, is create many new converts to its cause. Nor, I fear, despite the authors’ optimism, will it bring the far-off vision of a steady-state economy any closer."

Lecture on Enough is Enough

A lecture by Dan O'Neill that was recorded on November 6th, 2013 in Vancouver, BC - Hosted by the Board of Change:

Table of Contents of Enough Is Enough

Part I: Questions of Enough 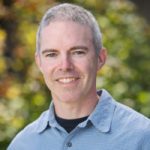 Rob Dietz grew up in the suburbs of Atlanta during the 1970s and 80s, immersed in the culture of consumerism. By the time he finished college, he knew that he'd have trouble following the rules of this culture (buy, buy, buy, work, work, work). His career has consequently taken some unusual turns. He started out as an economist, trying (and failing) to use economic tools to solve environmental problems. He reinvented himself as a scientist and geographer, working for the U.S. government to support the conservation of wildlife and habitat. He then switched to activism, serving as the first director of CASSE, a nonprofit organization with an aim of advancing a sustainable economic agenda. 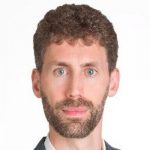 Dan O'Neill is a lecturer in ecological economics at the University of Leeds, and the chief economist at the Center for the Advancement of the Steady State Economy. His research focuses on the changes that would be needed to achieve a successful nongrowing economy, and alternative ways of measuring progress besides GDP. Dan has worked in both the public and private sectors in areas such as regional planning and energy management. He holds a doctorate in ecological economics from the University of Leeds, and a master of environmental studies degree from Dalhousie University. He grew up on the West Coast of Canada, but currently lives in the North of England where he enjoys hiking in the Yorkshire Dales and singing songs about the misguided pursuit of economic growth. 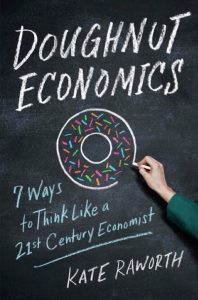 Doughnut Economics; Seven Ways to Think Like a 21st-Century Economist (2017) 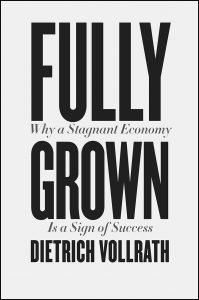 Fully Grown: Why a Stagnant Economy Is a Sign of Success (2020)