Cents and Sensibility; What Economics Can Learn from the Humanities (2017) 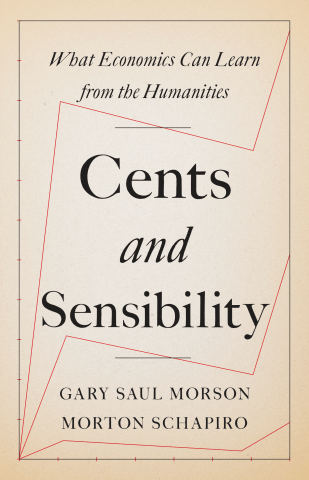 "Economists often act as if their methods explain all human behavior. But in Cents and Sensibility, an eminent literary critic and a leading economist make the case that the humanities, especially the study of literature, offer economists ways to make their models more realistic, their predictions more accurate, and their policies more effective and just.

Gary Saul Morson and Morton Schapiro trace the connection between Adam Smith's great classic, The Wealth of Nations, and his less celebrated book on The Theory of Moral Sentiments, and contend that a few decades later Jane Austen invented her groundbreaking method of novelistic narration in order to give life to the empathy that Smith believed essential to humanity.

Morson and Schapiro argue that Smith's heirs include Austen, Anton Chekhov, and Leo Tolstoy as well as John Maynard Keynes and Milton Friedman. Economists need a richer appreciation of behavior, ethics, culture, and narrative—all of which the great writers teach better than anyone.

Cents and Sensibility demonstrates the benefits of a freewheeling dialogue between economics and the humanities by addressing a wide range of problems drawn from the economics of higher education, the economics of the family, and the development of poor nations. It offers new insights about everything from the manipulation of college rankings to why some countries grow faster than others. At the same time, the book shows how looking at real-world problems can revitalize the study of literature itself.

"[Economics] should be a softer science, not even a science, with less precision but more wisdom. Even with more insight. This is the thesis of the cleverly titled Cents and Sensibility [...] Morson and Schapiro do not exactly say that mathematics ruined economics, but they think it. They want economists to talk to people in the humanities. They think public policy could he improved by Tolstoy, infused with an ethical sensibility. This sounds mushy, the sort of the thing your relative who doesn't get markets is apt to say over dinner. But Morson and Schapiro get markets. [...] This is a bracing, original work, reminding us that economics was never supposed to be about the math but rather about the stories it tells about our lives."

"Morson and Schapiro identify concrete ways in which economists studying higher education, the family, and the development of poor countries can benefit from three fundamental humanistic capabilities: “an appreciation of people as inherently cultural; stories as an essential form of explanation; and ethics in all its irreducible complexity." Cents and Sensibility offers one argument, among many, on behalf of the humanities. Their argument is often, but not always persuasive. [...] In important respects, Cents and Sensibility reminds us of the capaciousness of the humanities. A recent study, the authors reveal, found that readers of fiction did better on tests measuring empathy, social perception, and emotional intelligence. One reason, Morson and Schapiro suggest, is that fiction, more than real life, connects inner states to outward behavior, and encourages 'intimacy' between characters and readers. In other ways, however, Cents and Sensibility provides a rather narrow view of the humanities. Although Morson and Schapiro put culture front and center, they barely mention the discipline of history. They limit their discussion of literature to realistic novels. They do not emphasize sufficiently the unique capacity of the humanities to teach students how to analyze texts, conduct research, and write clear and persuasive essays. Despite these caveats, Cents and Sensibility sends a powerful – and timely – message.”

"Cents and Sensibility is a sweet contribution to the dialogue. [...] In most chapters Mr. Schapiro writes about some piece of economics [...] Then Mr. Morson writes about what 'a humanist would add.' [...] In discussing the communication between literature and economics, Messrs. Morson and Schapiro focus rather more on method than on substance. But it is early days for humanomics, and a certain amount of methodological ground-clearing is justified. Both men, true, represent somewhat conventional, even old-fashioned, versions of their specialties. [...] Still, when it comes to placing economics and the humanities in dialogue, Cents and Sensibility constitutes a wise first step."

Richard Bronk on The Society of Business Economists wrote:

"one of the volume’s strengths is its engagement with extended examples of practical policy questions and real-world economic problems – including university enrollments and economic development – examples that demonstrate clearly the limitations of reliance on any single, necessarily limited, analytical approach. [...] the book elides well-rehearsed arguments in favor of a multidisciplinary approach (and the use of qualitative, non-mathematical, evidence) with a much more original and specific argument in favor of economists reading literature, particularly novels. [...] For a long book, there are some surprising omissions. There is only passing reference, for example, to the use of literary criticism techniques by Deirdre McCloskey and others to understand the rhetorical and literary aspects of economics [...] Cents and Sensibility is avowedly ‘anti-theory’, and this may explain its focus on multidisciplinary explanatory narratives and practical problem solving to the exclusion of any interest in enhancing the micro-foundations of economic theory itself or specifying the boundaries of applicability of standard approaches. A central theme in the volume is that stories and narratives are essential to explaining the contingency and idiosyncrasy of many real-world events. Indeed, its most original theoretical innovation is perhaps the notion that the degree of ‘narrativeness’ required for scientific or historical explanation can be calibrated by the degree to which contingency, indeterminacy, or particular cultures play a role."

"The main argument of Morson and Schapiro’s Cents and Sensibility deserves enthusiastic support. Their intuition that there are enormous intellectual and moral gains to be had by increasing conversations between economists and humanities scholars is entirely correct, and that conversation should be encouraged both within the academy and outside of it. The opening two chapters of Cents and Sensibility carefully outline many of the stumbling blocks that currently impede those conversations. [...] Unfortunately, the central section of Cents and Sensibility, comprising case studies of the economics of higher education, the economics of the family, and the economics of developing nations, does not demonstrate this approach particularly well. Literature comes in as an afterthought or a digression in each of these sections, and never seems to add much of value beyond a simple insistence that 'it’s all more complicated than economists think it is.' [...] Economists find these topics complex, and there are long-running and many-layered debates on them. This does not mean that these debates are not still missing things that could be usefully added by the humanities. But it does mean that it is, perhaps, somewhat disingenuous to present the economic approach as straightforwardly simplistic when, in order to do so, one must oversimplify the economic approach. [...] Equally frustrating is that all the case studies focus on economic questions. No attention is given to the kinds of questions that literature poses and the ways in which economics might usefully aid in answering them. Literature remains, throughout the book, an afterthought or addendum to the more important work that is economics. [...] Morson and Schapiro have given us a strong and persuasive argument for such a book, but the book itself remains to be written."

Video about Cents and Sensibility

The authors speaking together at the Chicago Humanities Festival:

Gary Saul Morson is the Lawrence B. Dumas Professor of the Arts and Humanities and professor of Slavic languages an d literatures at Northwestern University. His many books include Narrative and Freedom, "Anna Karenina" in Our Time, and The Words of Others: From Quotations to Culture. Morton Schapiro is the president of Northwestern University and a professor of economics. His many books include The Student Aid Game (Princeton). Morson and Schapiro are also the editors of The Fabulous Future? America and the World in 2040. 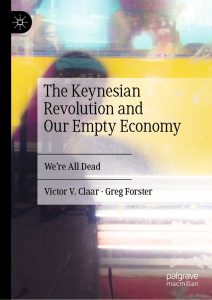 The Keynesian Revolution and Our Empty Economy; We're All Dead (2019) 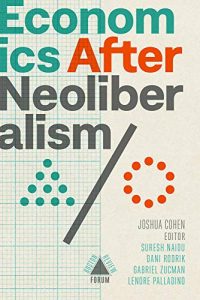