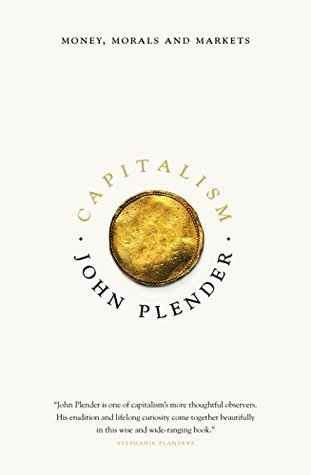 Capitalism has lifted millions out of poverty. Under its guiding hand, living standards throughout the Western world have been transformed. Further afield, the trail blazed by Japan is being followed by other emerging market countries across the globe, creating prosperity on a breathtaking scale.

And yet capitalism is unloved. From its discontents to its outright enemies, voices compete to point out the flaws in the system that allow increasingly powerful elites to grab an ever larger share of our collective wealth.

In his incisive, clear-sighted guide, award-winning Financial Times journalist John Plender explores the paradoxes and pitfalls inherent in this extraordinarily dynamic mechanism and in our attitudes to it. Taking us on a journey from the Venetian merchants of the Middle Ages to the gleaming temples of commerce in 21st-century Canary Wharf via the South Sea Bubble, Dutch tulip mania and manic-depressive gambling addicts, Plender shows us our economic creation through the eyes of philosophers, novelists, poets, artists and divines.

Along the way, he delves into the ethics of debt; reveals the truth about the unashamedly materialistic artistic giants who pioneered copyrighting; and traces the path of our instinctive conviction that entrepreneurs are greedy, unethical opportunists, hell bent on capital accumulation, while manufacturing is innately virtuous.

Thoughtful, eloquent and above all compelling, Capitalism is a remarkable contribution to the enduring debate.

Reviews:Tim Montgomerie on The Times wrote:

"It does a better job of bringing together all the key issues facing today’s global economy than any other book I’ve read. Plender, a Financial Times columnist, is forensically aware of capitalism’s faults but he also notes the extraordinary spread of prosperity that it has underpinned over recent decades. And, for all of its faults, he employs Winston Churchill’s assessment of democracy: “It is the worst form of economic management, except for all those other forms that have been tried.” The book is such a delight to read because Plender is as likely to quote Dickens, Goethe and Blake as Greenspan, Carney and Schäuble. His analysis of capitalism’s strengths and weaknesses is rooted in how markets and commerce have been seen throughout history and in great works of literature. At the heart of the book is an attempt to understand why, despite the prosperity it has delivered and its superiority to all other forms of economic organisation, most of us struggle to accept capitalism, let alone admire it."

"Plender is neither dogmatic nor prescriptive; if you like to read something that furnishes ideas for debate, then this book is for you. If anything what he wants to see is a capitalism that is more self-aware. It should be aware, for example, that growing wealth inequality in developed economies is being attended (and perhaps exacerbated) by the rise of new digital industries with no real connection either to their customers or to their shareholders, the Facebook model of capitalism which sees markets as merely convenient places to cash in. He would also like to revert to something like the morality that links reward to effort in a proportional way. But for that, we probably have to await a yet bigger, badder and more humbling meltdown than anything yet seen. Meanwhile, his view is an adaptation of Winston Churchill on democracy. Capitalism is a nasty, unjust, avaricious system. It’s just that it’s better than the other systems." 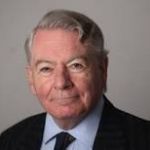 John Plender has been a senior editorial writer and columnist at the Financial Times since 1981, an assignment he combined until recently with current affairs broadcasting for the BBC and Channel Four. He has a weekly column on economics and business on Mondays and also writes for the opinion pages. John Plender was the winner of the Wincott Foundation senior prize for excellence in financial journalism in 1994. 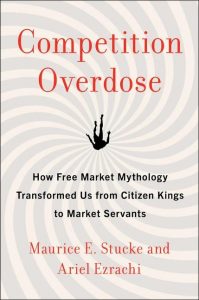