Capitalism and Desire; The Psychic Cost of Free Markets (2016) 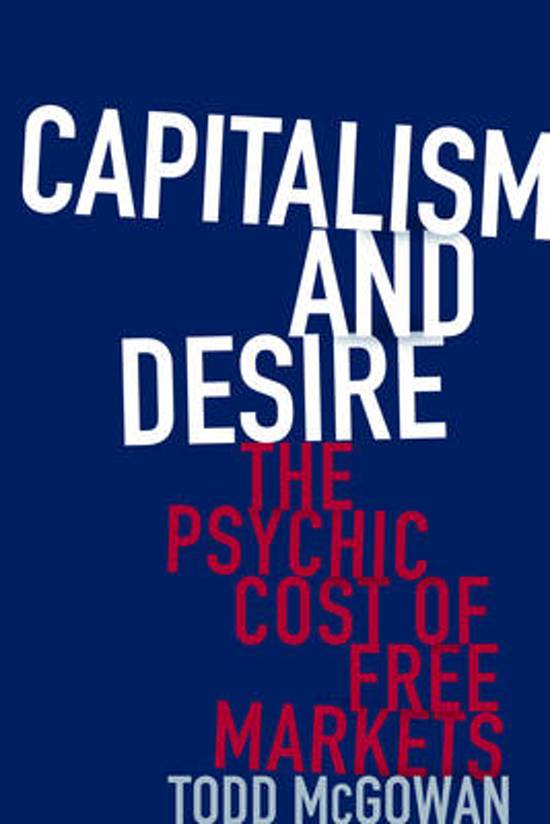 Despite creating vast inequalities and propping up reactionary world regimes, capitalism has many passionate defenders—but not because of what it withholds from some and gives to others. Capitalism dominates, Todd McGowan argues in Capitalism and Desire, because it mimics the structure of our desire while hiding the trauma that the system inflicts upon it. People from all backgrounds enjoy what capitalism provides, but at the same time are told more and better is yet to come. Capitalism traps us through an incomplete satisfaction that compels us after the new, the better, and the more.

Capitalism's parasitic relationship to our desires gives it the illusion of corresponding to our natural impulses, which is how capitalism's defenders characterize it. By understanding this psychic strategy, McGowan hopes to divest us of our addiction to capitalist enrichment and help us rediscover enjoyment as we actually experienced it. By locating it in the present, McGowan frees us from our attachment to a better future and the belief that capitalism is an essential outgrowth of human nature. From this perspective, our economic, social, and political worlds open up to real political change.

"In Capitalism and Desire: The Psychic Cost of Free Markets, Todd McGowan offers a perverse starting point for the critique of capitalism: not the injustices and inequalities produced by capital accumulation, nor the repressiveness endured by the subjects of capitalism, but rather the joy of capitalism – 'why so much satisfaction accompanies capitalism and thus what constitutes its hold on those living within its structure' (18). Capitalist subjects, McGowan argues, take pleasure in capitalism, even as it deprives them of their freedom. In a certain respect, this claim recapitulates longstanding theories regarding the relationship between capitalism and pleasure, for instance, Max Horkheimer and Theodor Adorno's analysis of mass culture as an institution for generating empty pleasures, that is, pleasures that stimulate only insofar as they also rob subjects of reason and autonomy. McGowan takes this line of thought a step further, however, by insisting on the distinction between pleasure and satisfaction. [...] The problem with capitalism is that it conceals the sacrifices that capitalist subjects make to it through the pleasures of consumption. The task, then, is one of interpretation, of seeing how the capitalist system structures desire in a way that necessarily overlooks the dimension of lack and loss in the reproduction of capitalism. [...] The greatest accomplishment of McGowan's book is to so sharply pose the question of what enjoyment untethered from capitalism might look like and to do so without relying on the tired claim that the pleasures of capitalism are not really pleasurable. [...] At the same time, I have reservations about the efficacy of two central methodological decisions in McGowan's Capitalism and Desire: first, the choice to model capitalist subjectivity primarily, indeed, almost exclusively, on the basis of commodity consumption; and, second, the identification of interpretation with radical political action, such that the capacity to subvert or overthrow capitalism depends on a relatively rarefied form of intellectuality. There are moments in the book when interpretation risks becoming a quest for authentic experience, so that the question of labor conditions and the problem of political organization seem almost epiphenomenal in respect to the existential drama of the subject."

"In Capitalism and Desire Todd McGowan explores both the nature and logic of the capitalist hold over us as subjects. Understanding the logic of this hold, he argues, is the first step towards making the hold itself inoperative. [...] The culture (and economy) of possibilities is not suffocating simply because there are so many possibilities, but because we are supposed not to miss out on any of them. A person who just sits at home, relishing in the idea of all the possibilities and opportunities capitalism has to offer and doing nothing to realize them is not the kind of person this system needs. What we are expected to do is to realize as many possibilities as possible (to act), but never to question the framework of these possibilities as possibilities. Which is precisely where “actual” freedom has to be situated: not simply in the actual realisation of possibilities, but in “unscrewing” the very framework which is based on the idea of freedom as possibility to be (yet) realized. [...] McGowan sees the most important novelty of his approach to the critique of capitalism in conceiving the core of the problem not in terms of the injustice or inequality (following Marx), nor in terms of repression (following the Frankfurt school) – including the Foucauldian reversal of the “repressive hypothesis” – , but it terms of satisfaction. The promise of a better future is the promise of a future (full) satisfaction which drives our desire. Yet what we don’t see is that the repetition of the failure to find full satisfaction is precisely the real source of satisfaction. This real source of satisfaction is traumatic in its nature, and capitalism – with both its economic and ideological structuring – allows this traumatic source to remain unconscious. [...] The alternative to (or a 'way out' of) the libidinal blackmail of capitalism is set by McGowan very much in terms of a Kantian ethical choice as a deliberate choice against our (“pathological”) satisfaction, based on the recognition of the true source of our satisfaction as itself non-satisfactory. This is both the difficulty and the power of McGowan’s principal argument."

Table of Contents of Capitalism and Desire 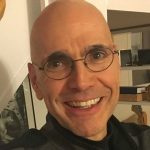 Todd McGowan is associate professor of film studies at the University of Vermont. He is committed to the idea that theoretical exploration of questions about existence, the psyche, and society can contribute in tangible ways to the creative process. His classes often focus on major theoretical figures like Hegel, Marx, or Freud and delve into how their ideas manifest themselves in the most important films, television series, and other media texts. He is the author of Enjoying What We Don't Have: The Political Project of Psychoanalysis (2013) and The Impossible David Lynch (Columbia, 2007), among other books. 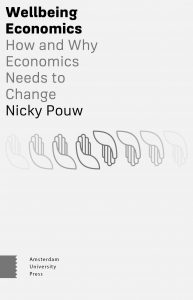 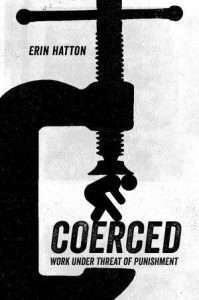 Coerced; Work under Threat of Punishment (2020)