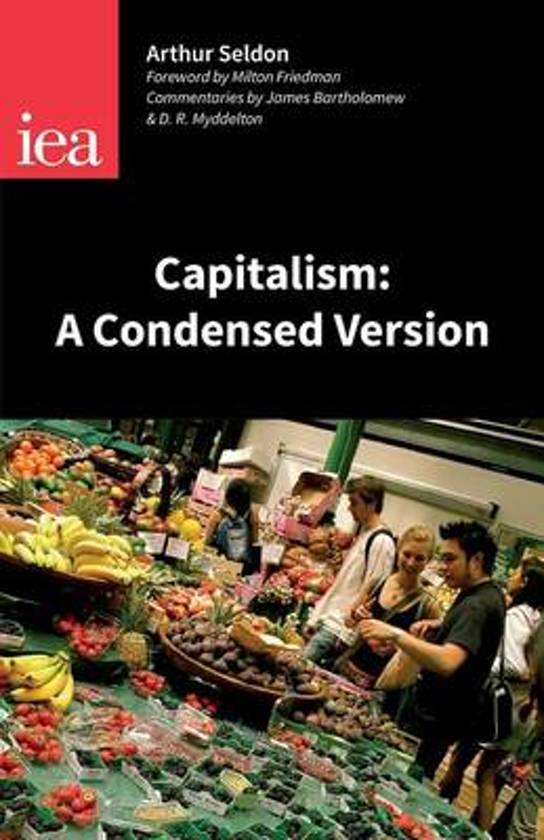 In this new condensed version of his masterpiece, Capitalism, Arthur Seldon explains why, despite its apparent imperfections, the market system is infinitely preferable to the alternatives. The market system has, since the eighteenth century, brought enormous gains in living standards, in contradiction to the Marxist theories that predicted capitalism’s collapse.

The institution of property rights has facilitated trade and investment, whilst the price mechanism has enabled people to benefit from dispersed knowledge about individual preferences. Yet politicians, needing to win votes in the short-term, have largely failed to recognize the benefits of a market system with the minimum of government intervention. The development of the welfare state has been disastrous, almost destroying the voluntary provision of health and education, whilst creating institutions that serve producer interests at the expense of consumers. Seldon’s message is clear; if capitalism is to yield its best results the political process must be confined to the minimal duties of the state.

This condensed version of Capitalism includes a foreword by the late Milton Friedman, an introduction by John Blundell and Philip Booth, and commentaries by James Bartholomew and D.R. Myddelton.

Arthur Seldon (1916−2005) was Founder President of the Institute of Economic Affairs (IEA) and was its Editorial Director from 1959 to 1988. He was also a staff examiner at the London School of Economics (1956−66), a member of the BMA Committee on Health Financing (1968−70) and vice-president of the Mont Pèlerin Society (1980−86). He received honorary degrees from University Francisco Marroquin, Guatemala, and Buckingham University, and an honorary
fellowship from the London School of Economics. Arthur Seldon published widely on a range of subjects related to the role of markets in solving economic and social problems. He was appointed CBE in 1983.
Published: June 1, 2007
Publisher: Institute of Economic Affairs
Genres:
complete bookshelf, monographs
Tags:
defense of free markets

Summary of Capitalism; A Condense Version

The summary as can be downloaded from the website of the Institute of Economic Affairs:

About the Institute of Economic Affairs (IEA)

According to its website, "The IEA is the UK’s original free-market think-tank, founded in 1955. Our mission is to improve understanding of the fundamental institutions of a free society by analysing and expounding the role of markets in solving economic and social problems. Given the current economic challenges facing Britain and the wider global environment, it is more vital than ever that we promote the intellectual case for a free economy, low taxes, freedom in education, health and welfare and lower levels of regulation. The IEA also challenges people to think about the correct role of institutions, property rights and the rule of law in creating a society that fosters innovation, entrepreneurship and the efficient use of environmental resources." 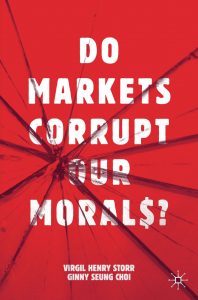 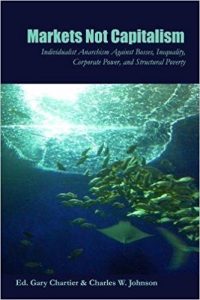