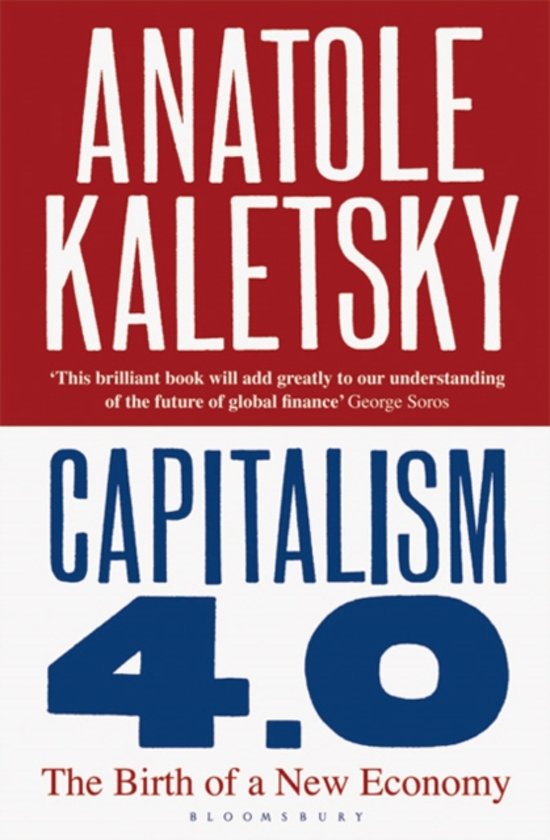 In this controversial book, Anatole Kaletsky puts the upheavals of 2007-2009 in historical and ideological perspective. He shows how the forces that precipitated the financial meltdown are now creating a new and stronger version of the global capitalist system– one that will continue to be led and shaped by the U.S. if its businesses and politicians play their cards well. This is Capitalism 4.0, and it will change politics, finance, international relations, and economic thinking in the coming decades. 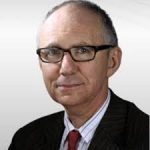 According to Wikipedia "Anatole Kaletsky is an economist and journalist based in the United Kingdom. He has written since 1976 for The Economist, The Financial Times and The Times of London before joining Reuters and The International Herald Tribune in 2012. He has been named Newspaper Commentator of the Year in the BBC’s What the Papers Say awards, and has twice received the British Press Award for Specialist Writer of the Year. Kaletsky has been an economic consultant since 1997, providing policy analysis and asset allocation advice to over 800 financial institutions, multinational companies and international organisations through his company, GaveKal, which is co-run with Louis and Charles Gave." He is also a member of the governing board of the Institute of New Economic Thinking, a think tank of heterodox economists.

"Kaletsky, a British journalist, considers the financial crisis of 2007–8 to be a turning point in the evolution of capitalism, the fourth stage since 1776. In contrast to much recent pessimism about the future of market-oriented capitalism, he believes that its pragmatic, adaptive characteristics will see it through to a robust future, despite the admittedly formidable challenges the world economy now faces. In the end, Kaletsky predicts, it will dominate the 'Beijing model' that now finds admirers around the world. The fourth stage will reject the market fundamentalism that has dominated official, financial, and academic thinking and will acknowledge that a vigorous economic and financial system depends on a symbiotic and pragmatic relationship between government and private agents. Because of fiscal exigencies, Kaletsky argues, government in the future must be smaller in many respects. "

"Kaletsky believes the history of world capitalism can be divided into four main stages since the eighteenth century. Capitalism 1 lasted by far the longest, up to the Great Depression in the 1930s. Capitalism 2, the era of Keynesianism followed it until the 1970s when it was succeeded by Capitalism 3, the era of monetarism, which ended with the global financial crisis. Now, Capitalism 4 begins. Each of these periods is subdivided, so there is capitalism 1.0, 1.1. 1.2, and there will be similar subdivisions for Capitalism 4. What distinguishes these different eras of capitalism are doctrines about the right relationship of the state to the market; laissez‐faire capitalism is succeeded by Keynesianism and managed capitalism, then by neo‐liberalism and market fundamentalism. Capitalism 4.0 proposes a new synthesis, which moves beyond the opposition of state and market. The state will be a more active state, but it will shrink in size rather than expand further. It will be a smart state which seeks to manage capitalism, abandoning the policy orthodoxies which were discredited in the 2008 crash, without returning to those of the Keynesian era. Instead of merely stabilising inflation, governments will take positive action to simulate job creation and growth. [...] In his journalism for the Times, Kaletsky has long been known for his readiness to challenge conventional wisdom. If there is a consensus about something he enjoys asserting the opposite. This is often extremely stimulating and this book does not disappoint in that respect, even if many of his assertions will be disputed. [...] There is much to enjoy in this book. It is written with verve and is always challenging, although occasionally a little repetitive, no doubt reflecting its origins in newspaper columns. Sometimes its optimism can be questioned because it is often asserted rather than based on hard analysis of the political possibilities. The new model of capitalism will need to be embodied in reformed global financial institutions, but Kaletsky acknowledges that progress towards this is painfully slow. He also accepts the possibility that deficit reduction may go too far in some countries, that there is a serious risk of stagflation, and that solutions to some of the trade and financial imbalances may not be forthcoming. These political obstacles to the emergence of Capitalism 4.0 do loom rather large at present."

Peter Preston on The Guardian wrote:

"Anatole Kaletsky sometimes seems like the Stephen Hawking of economics. No problem, however deep, can faze him. No situation he finds is beyond solution. He goes – wisely, lucidly, above all confidently – where no experts have gone before. You know you're in the presence of a master. But the trouble is you can't always quite understand what he's saying. In a way, that shouldn't be the difficulty with Capitalism 4.0 because Kaletsky keeps stopping to explain in very simple terms. Look, he says, capitalism isn't dead. Crunch and recession have merely changed it yet again. [...] He writes beautifully, often in the thousand-word bursts of a natural columnist. He also has the gift of embodying his kaleidoscope of theses without need for lugubrious lecturing. What is economics, after all? We're often invited to see it as a social science, with particular stress on the science part. [...] Economics is political behaviour, human behaviour and common sense, rolled in with all the rules, diktats and chunks of mathematics. Economics opens new doors and lays down few laws. Economics is a learning experience from boom to bust and back again.
Well, we're learning again, right now. And, post-Budd, we obviously need something more than an Office of Budget Depressing Responsibility. How about hiring Anatole Kaletsky to start the Office of Unexpected Outcomes? We're quite as likely to do as well that way: and, golly, it could be fun."

John Kay on his personal website / in the Financial Times wrote:

"His book is a provocative review of many current political and economic controversies, and includes a substantial section on the failures of economic theory. A tone of universal certainty prevails throughout – two pages tell us what should be done about Britain’s National Health Service, another two pages describe the answer to world energy problems and climate change. Such confidence is somewhat inconsistent with the book’s philosophical approach: the world is characterised by radical and inescapable uncertainty, which we cannot eliminate but can manage. The enduring strength of capitalism is adaptability, which makes it reasonable to have confidence that problems will be solved without specific knowledge of the mechanics of their solution. This is a very different view of capitalism from market fundamentalism, which believes that human progress is best achieved by imposing as few restrictions as possible on a natural impetus towards greed, and that economic decisions are based on rational expectations in efficient markets in which prices incorporate all possible knowledge of the future. In my view Kaletsky is absolutely spot on in this analysis of why capitalism works, and in his explanation of why market fundamentalism has proved such a dangerously misleading guide to policy. So what does Kaletsky’s Capitalism 4.0, which rejects both laisser faire and any economic model derived from efficient markets or rational expectations, look like? Capitalism 4 controls government spending but prefers Keynesian stimulus to budget-balancing austerity. It favours free markets, but not uncritically, and is concerned to mitigate inequality. Capitalism 4 is, above all, pragmatic. In fact, it looks distinctly like Capitalism 2. [...] There are now many – too many – books on the credit crunch. Kaletsky’s considerable achievement is to put these events in a perspective that looks back to history and forward to an extended future, and to do so in a framework which goes far beyond a chronology of events. His book is a major contribution to the debate on the nature of the market economy that needs to follow the practical failures of market fundamentalism."

The full version (12 minutes) of the introduction video at the start of this page:

Table of Contents of Capitalism 4.0

Part I - Capitalism and Evolution

Part II - The Arrow and the Ring

Part V - Capitalism 4.0 and the Future

Capitalism: A Conversation in Critical Theory (2018) 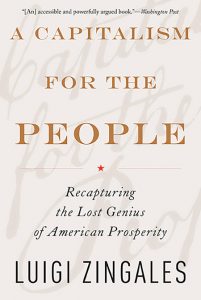