Can American Capitalism Survive? Why Greed Is Not Good, Opportunity Is Not Equal, and Fairness Won’t Make Us Poor (2018) 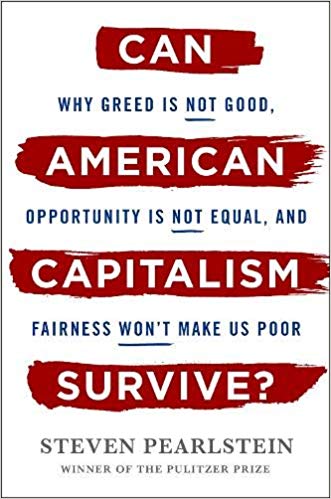 Thirty years ago, “greed is good” and “maximizing shareholder value” became the new mantras woven into the fabric of our business culture, economy, and politics. Although, around the world, free market capitalism has lifted more than a billion people from poverty, in the United States most of the benefits of economic growth have been captured by the richest 10%, along with providing justification for squeezing workers, cheating customers, avoiding taxes, and leaving communities in the lurch. As a result, Americans are losing faith that a free market economy is the best system.

In Can American Capitalism Survive?, Pulitzer Prize-winning journalist Steven Pearlstein chronicles our descent and challenges the theories being taught in business schools and exercised in boardrooms around the country. We’re missing a key tenet of Adam Smith’s wealth of nations: without trust and social capital, democratic capitalism cannot survive. Further, equality of incomes and opportunity need not come at the expense of economic growth.

Pearlstein lays out bold steps we can take as a country: a guaranteed minimum income paired with universal national service, tax incentives for companies to share profits with workers, ending class segregation in public education, and restoring competition to markets. He provides a path forward that will create the shared prosperity that will sustain capitalism over the long term.

Read the start of the introduction

"Pearlstein writes for the Washington Post and teaches public policy at George Mason University. He is not a Ph.D.-type economist, but he reads widely and aptly summarizes what academics such as Edward Banfield, James Coleman, Amartya Sen, and Robert Reich have written about trust and income distribution. He explains the Gini coefficient in reader-friendly terms and then presents easy-to-read tables showing the distribution of wealth and income around the globe. [...] Pearlstein has written a book that underscores difficult economic and social problems and suggests how to confront them with policies that are moral as well as practical. [...] This book is full of deep insights and good ideas."

"Pearlstein’s chief complaint is not the workings of capitalism per se but the excesses of inequality that characterize the particular form it has taken in the United States. Indeed, the core question of his book is just how much inequality capitalism can really accommodate without bursting at the seams. [...] Pearlstein argues that the right response to galloping inequality is a resurrection of political guardrails against monied interests and a return to robust forms of income redistribution. Under the heading 'A Better Capitalism,' he argues that we must overturn Citizens United through a constitutional amendment, develop a universal basic-income policy, force firms to share their profits with employees by insisting that performance-based compensation for executives be balanced with profit-sharing schemes for workers, equalize educational opportunity, increase competition in industry through more vigorous enforcement of anti-trust law and, above all, reduce the role of shareholder value in corporate governance. These policies would, Pearlstein believes, create a new political vocabulary, one conducive to a kinder and more sustainable capitalism. As a diagnosis of the ills of 'late capitalism,' this book delivers a trenchant critique of the ravages of inequality and a passionate cry for greater balance. It is not clear to me that capitalism will fail to survive these excesses. For those at the top, this form of capitalism is just fine, and those at the bottom have so little power to right the wrongs Pearlstein chronicles that his solutions seem appealing but far from imminent."

Videos on Can American Capitalism Survive?

A 4.5 minute video by NBC News from November 2018. Pearlstein explains four ideas that support current American capitalism but which according to him should be rejected:

More time? You may want to watch this 1-hour lecture by Pearlstein on Can American Capitalism Survive?

5 Myths about Capitalism according to Pearlstein

Pearlstein addresses not four (as in the video above), but "five myths about capitalism" in an article in The Washington Post of 28 September 2018: 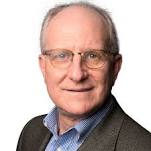 Steven Pearlstein is a Pulitzer prize-winning columnist for The Washington Post and the Robinson Professor of Public Affairs at George Mason University. He was awarded the Pulitzer Prize for Commentary in 2008 for columns anticipating and explaining the financial crisis and global economic downturn. In 2006 he won the Gerald R. Loeb Award for business and financial commentary, and five years later the Loeb Award for lifetime achievement. He has appeared frequently as a commentator on television and radio. He lives in Washington with his wife, Wendy Gray.

If you like Can American Capitalism Survive? Why Greed Is Not Good, Opportunity Is Not Equal, and Fairness Won’t Make Us Poor (2018), you might be interested in: 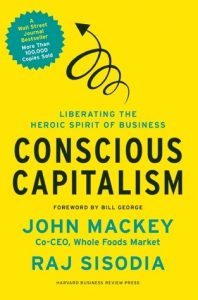 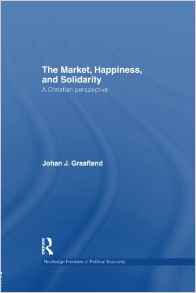