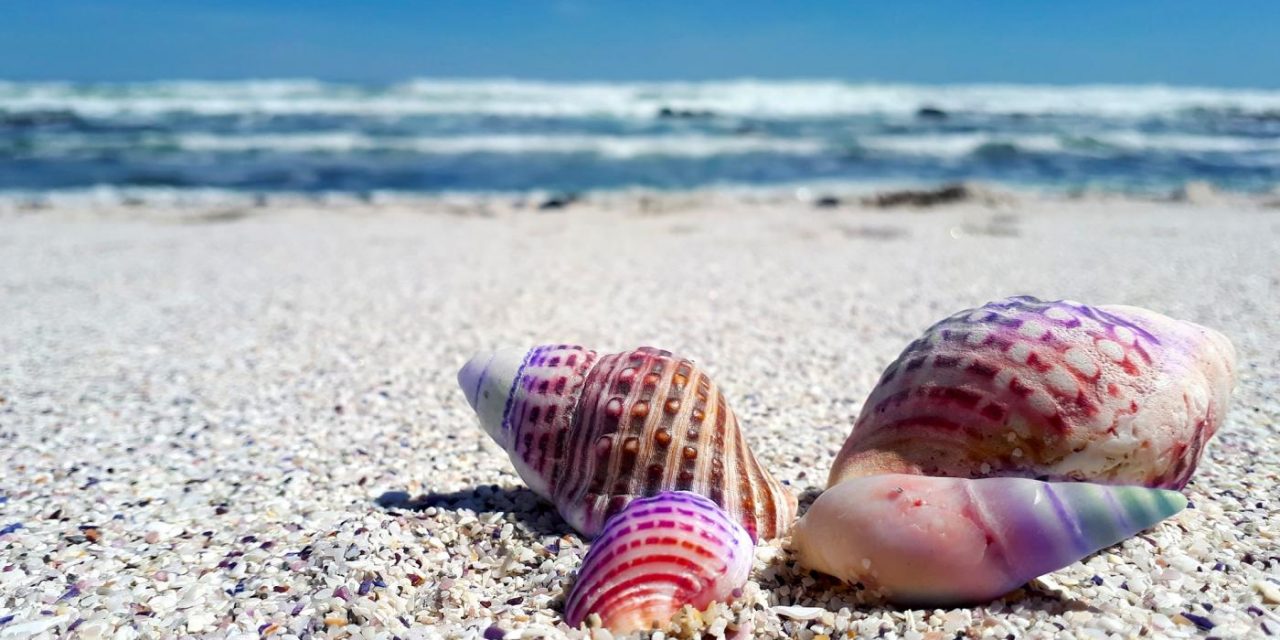 Nominated essay for our essay contest

As part of the Future Markets Consultation, students and young scholars were invited to participate in an essay contest. This essay was nominated in the category of young scholars. It was written by Pim Post, a Dutch PhD student at Utrecht University.

If you find a seashell on the beach, it means that you may keep it. This is a thought that many may find natural. For the same reason we may not object to a company that uses machines to collect a lot of seashells at once, especially because the company invested in buying the machines and the labor required to operate the machines. But what if the company prevents others from collecting seashells? Should not everyone have the same right to collect seashells? Assuming such equal rights to resources has significant implications for how the current economy is organized and I argue that rethinking this organization may help to address both the challenge of wealth inequality and several ecological challenges1.

My argument applies to resources that are available in limited amounts on earth, such as land and minerals2. Also the amount of greenhouse gasses that may be annually emitted is essentially limited if considerable global warming is to be prevented, and the same may apply for other sources of pollution3. Rights to emit or use resources are here referred to as “rights to intervene in the natural world”. Assuming what would happen if such rights are distributed equally among planetary inhabitants is the starting point of this essay.

Sharing rights to intervene in the natural world equally is not necessarily practical. For example, dividing the land on earth equally among humans and letting each person only use an amount of land equal to his or her equal share, growing crops to produce food on it would be less efficient than growing crops for multiple persons simultaneously on a bigger piece of land. Such economy of scale and the resulting modern distribution of labor is arguably far better able to feed the current world population than a hunter-gatherer society would be.

An economy of scale would still be possible if the rights to intervene in the natural world can de traded. In that case only a limited amount of persons use land to produce food, and provide a part of their harvest or earnings in return for using additional land that others will not use4. Even this trading of rights to intervene in the natural world may be impractical, as it would involve a lot of administration to account not only for the trading of rights to use land, but also every other resource, pollutant, etc. Yet starting from the idea that every person in principle has an equal right on  both resources and some forms of pollution may help to rethink several characteristics of our current economy, some of which fit very well with existing practices.

Thinking in terms of equal rights to the use of resources and the amount of permitted pollution does imply that every person should benefit from the profit of using natural resources and using emission space but it also implies that every person has a say in how the resources and pollution space are to be distributed. After all, trading one’s rights on land, resources or pollution space would only be sensible if it is profitable, which implies that if one is to grant his or her rights to others he or she should benefit. Moreover, one would be allowed to chose whether to trade one’s rights or not and with whom. An equal right to intervene in the natural world should thus be empowering and provide every individual with to a great extent with equal opportunities5.

Such democratic and equal redistribution of rights to intervene in the natural world could also be arranged under a democratic government if revenues for trading one’s rights are collected as taxes and subsequently redistributed. This redistribution can be in the form of money, goods or public goods. Such form of tax is in essence the land tax that was proposed by Henry George6, which was recently shown to be able to finance socially optimal public investment7 and can also be applied in the context of a ‘climate rents’ for example8.

Thinking in terms of equal rights to the use of resources and the amount of permitted pollution has significant implications for how to view property. All material goods humans use are built out of resources, all houses are built on land, and almost all goods will have a carbon-footprint. This means that along with the value these goods have because of the labor and capital used to make them, there is a right attached regarding the resources that they are made of. Each material good in use may then be viewed as something that has both a “resource value”, and an “improved value”. The “improved value” is how we currently see the added value of bread compared to the value of wheat and other ingredients, or the added value of a laptop compared to the value of the raw materials of which it is made. The “resource value” is the value of the natural resources and ecological living space: the value of the space to produce wheat on for the bread or the value of using the minerals for the laptop, but not the value incurred with clearing the land or finding and collecting the minerals.

It is easiest to see the resource component of goods as something that is borrowed or rented from “the earth”. As long as the resources are in use, they are not available to others and thus may incur a compensation for their use. This might be payable as an annual rent or for some goods buying off the resources for the expected lifetime, with a renewed agreement on compensation when resources are recycled. At the same time this rent should be distributed equally, directly or in the form of public goods.

When seeing resources as something that is borrowed or rented from the earth, ownership of large estates, oil fields, or gold mines would not be possible. Ownership of houses, buildings or factories would be possible, but the land on which they are built or the resources that they process or are made of would incur a cost to those using them. This cost may be payable as a tax, similar to a rent but not paid to an owner of land but to a government that redistributes the rent as wealth or public goods.

The renting of goods and houses is not uncommon and is even becoming more common with car sharing or leasing, renting washing machines, or paying for service contracts for software. Yet in the case of “assuming equal right to intervene in the natural world”, part of this rent is not payable to the service providers but to a wealth redistributing government.

Also the payment for emission-space is something that is already practiced in the form of cap-and-trade-systems such as the European Emission Trading Scheme, capping the maximum amount of emissions and redistributing emission rights. The emission rights should be shared equally under equal rights to intervene in the natural world, and thus not be granted to those who emitted previously (i.e. grandfathering).

A taxing of land, resources and emission space may also help to address ecological challenges, under the strict condition that the sustainable limits to the use of land resources and emission space are set. This means that a greenhouse gas emission cap should be set in accordance with the desired level of ecological protection. It also means that not all land can just be evenly distributed for use, at least not for every use, as this could have critical consequences for the functioning of ecosystems, i.e. transforming the entire Amazon rainforest into agricultural, urban, or other land would have severe ecological consequences.

Rights to use land may thus have to be regulated more specifically, or at least the amount of land that is “free” to use is less than the total landmass of the earth. As critical limits of some key variables relevant for protecting global ecosystems, planetary boundaries have been proposed9. These boundaries may help set the amount of emissions or land use that should be distributed but this may not be straightforward for all ecological challenges. Unlike global warming, many ecological challenges are mainly relevant locally. Think for example of eutrophication, which arises from a local excess of nutrients. It doesn’t make sense to put a single global limit of the amount of nutrients to be emitted as a concentration in a few spots but low amounts in other spots may still cause eutrophication. There will remain many of such local challenges that have to be solved locally and for which thinking in terms of equal rights to intervene in the natural world will be less helpful, but considering how one’s actions benefit or harm others is more sensible10.

So far my argument has for simplicity neglected national boundaries and assumed a global government collecting taxes and redistributing wealth. This is, however, a reality that is far from our current world consisting of nation states. A common objection to national taxes on greenhouse gas emissions is that it moves economic activity away from the country that collects such taxes, and hence causes a burden shift. The proposed EU Carbon Border Tax may counter this objection, and also provides perspective for tax reforms regarding other aspects of the ecological footprint of imported products. Such taxes can be seen as a rent on the use of “emission space” or “ecological space”. The taxes should then, under the assumptions in this essay, not be kept in the EU but distributed globally, for example in the Green Climate Fund.

This essay started with questioning the current distribution of rights to intervene in the natural world. Assuming an equal distribution of such rights, and redesigning global economies accordingly provides a fresh view on internalising costs of using scarce resources and pollution space, and redistributing the wealth originating from this use. This is not a new idea and in essence the same as the land tax proposed by Henry George in 1884 and more recently elaborated on by Linus Mattauch and colleagues. Significant practical hurdles of determining the height of such land tax may remain, but the idea connects well to existing practices and ideas such as service contracts, emission trading schemes,  planetary boundaries and a carbon border tax. Moreover, the idea stems from a natural thought that each person on earth should in principle have the opportunity to benefit from the fruits of the earth. 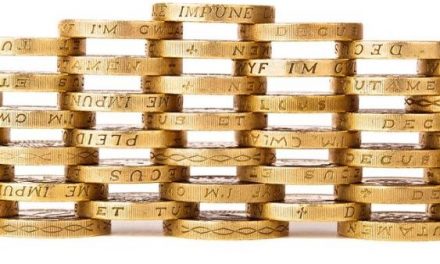 The Digital Path to Citizen-Centric Finance 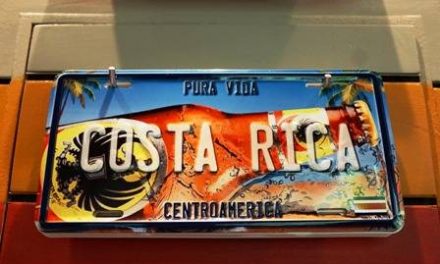 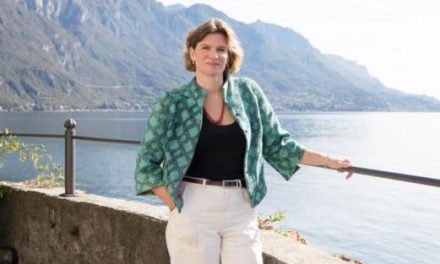 Meet the Leftish Economist With a New Story About Capitalism 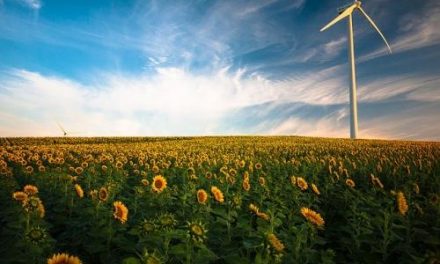