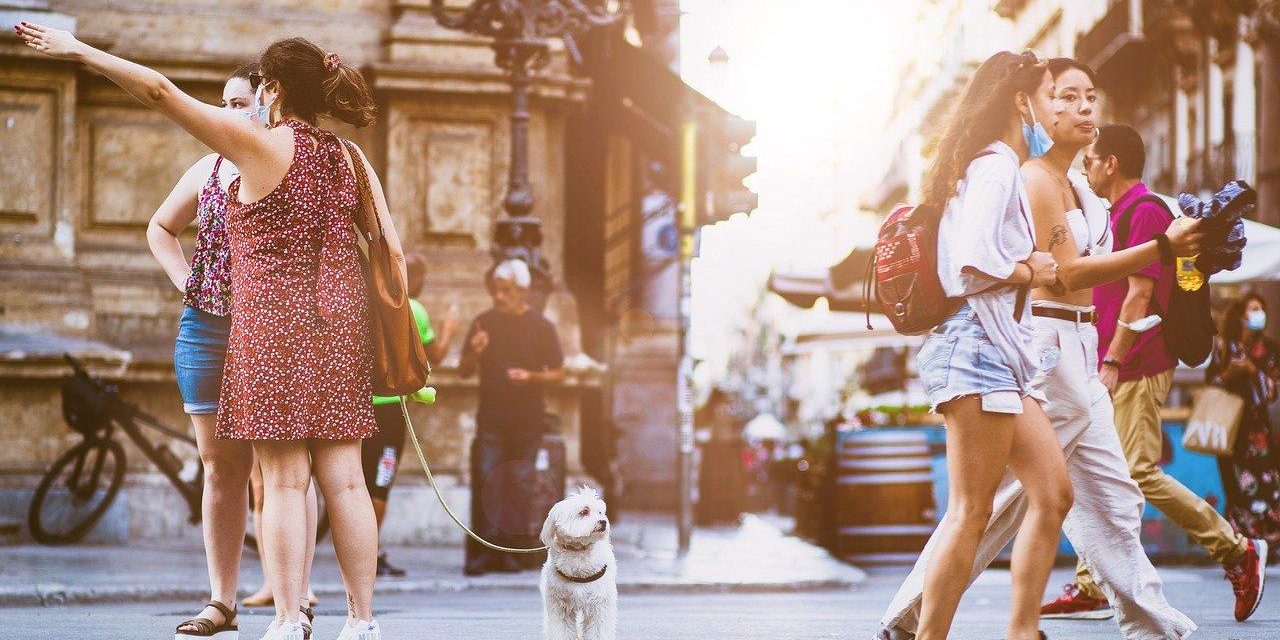 Reflection on the Dialogue between Rajan and Collier

As part of the Future Markets Consultation, we organize a series of online dialogues between visionary economists. This is a reflection by Ilse Oosterlaken on the dialogue between Raghuram Rajan & Paul Collier titled ‘inside markets, outside markets’, which took place on 5 October.

This weekend I read an interview in Dutch newspaper De Volkskrant with economist Noreena Hertz about her latest book, The Lonely Century, which was published in April this year. My first thought was that loneliness is a peculiar topic for an economist to dedicate a whole book to. But the title that the newspaper placed above the interview makes it clear that for Hertz this social problem has everything to do with our economic thinking and acting: “This is the loneliest century ever, and that is the fault of neoliberalism.“

What we need, according to this economist, is a capitalism with more solidarity and compassion. And not purely in the sense of individual virtues that people could cultivate in order to improve interpersonal contacts. For Hertz, loneliness is a more comprehensive phenomenon. It also concerns, interviewer Karolien Knols quotes her, “how we feel excluded by politicians, how cut off we feel from our work and our workplace, how powerless, invisible and silenced many of us think we are” [my translation of the Dutch translation of what she actually said]. And neoliberalization, according to Hertz, caused that, because “the ideology valued an idealized form of self-reliance and a ruthlessly competitive mindset that put self-interest above community and common interest” [same caveat applies].

As it happens, the problem of the disintegration of communities was also the central topic of the online dialogue we organized last Monday evening between two other top economists, Raghuram Rajan (University of Chicago) and Paul Collier (University of Oxford). Official title of this episode: ‘Inside markets, outside markets‘, about the role of the social sphere in the realization and maintenance of a good economy. The event was part of our series of 10 dialogues together with debating center Pakhuis de Zwijger about the future of capitalism.

The contemporary problems that Hertz mentioned in her interview with De Volkskrant were also central to this episode: powerlessness, the “fairly bleak future” (Rajan) that many European youngsters see for themselves and the growing feeling among people that they have no control over their lives and are not listened to – leading to the populism that has soared over the last decade.

At present, so the speakers agreed, the divide has become too big between the centers of metropolises such as London (where the opportunity-rich upper classes are increasingly clustered together), and the impoverished suburbs and countryside (where the economic ‘losers’ live). According to Rajan, Brexit is not so much an uprising by ordinary Britons against Brussels, but rather against the enormous power of the London elite.

Rajan was among others invited as a dialogue partner due to his recent book The Third Pillar; How Markets and the State Leave the Community Behind (2019). Collier has recently published no fewer than two books on the subject: Greed Is Dead; Politics After Individualism (2020, co-written with economist John Kay) and The Future of Capitalism; Facing New Anxieties (2018). Both have also made their mark outside of academia. Rajan was among others chief economist at the IMF and Collier was director of the Research Development Department of the World Bank.

Presenter Natasja van den Berg made an attempt to find out at which points the two economists disagree about the role of communities in the economy, but unfortunately that did not lead to much. When asked, the only thing that Rajan could think of is that they have a slightly differently opinion about the importance of purpose, or a higher objective than profit, for companies. But because that was already the subject of the previous dialogue, on Monday 28 September, Van den Berg cut that topic off.

So the episode did not contain much real debate, but it was certainly stimulating. It started with a column by recently graduated economist Sam de Muijnck, chairman of the Young Economists Think Tank of the Future Markets Consultation. He suggested three ways in which communities may be empowered again: good economic policies, cultural change, or reversing globalization and making economies local again. All three solution strategies came up again in the subsequent discussions, although they were not explicitly juxtaposed.

What struck me most about the episode, was that Collier and Rajan did not seem to see a stark contrast between globalization on the one hand and decentralization / localization on the other, as outlined by De Muijnck, and the need to make a choice between these two options.

Collier was explicit that globalization had brought many benefits to mankind, and that it would be foolish to try to reverse it. Actually, he argued, decentralization is precisely the “genius of capitalism”; Complex products such as the Airbus or the iPhone are not created in a single place, but are the result of distributed knowledge and collaboration between many people and companies worldwide who are independently experimenting and innovating in all kinds of areas.

Politics, on the other hand, has become increasingly centralized; In the UK in London, in Europe in Brussels. And that is where more decentralization is necessary, said both economists, in that political atmosphere. The decision-making authority over many matters should – where possible – be at the level of local communities: regions, provinces, cities and villages.

One of the reasons why this form of decentralization is important, said Collier, is that people’s economic opportunities are already formed in their early years, including at the local primary school. And, Rajan argued, local is the level where people’s real problems and the most appropriate solutions can best be understood and discovered. What is good and necessary for Bombay is not necessarily the solution for Amsterdam. Of course there is no guarantee that good choices will always be made locally, he acknowledged, but even then there is value in having being able to make that choice as a local community.

Ultimately, Collier suggested, the benefits of more powerful local communities are global. His co-author John Kay had made him think about the radical uncertainty we face today – corona is, of course, the example that immediately springs to mind. We can best overcome such uncertainty, he argued, through many parallel experiments in how to respond to new challenges. What Collier envisions, as I understand it, is that we make use of the innovative strength and the ‘genius of capitalism’ in all spheres.

For both economists, local communities proved to be not only a geographic unity, but above all a moral ideal: fully inclusive, where individuals arrive at a shared vision and common goals through open dialogue, while adapting flexibly to an ever-changing world. No ‘old-fashioned’ communities, with their hierarchy, segregation and parochialism.

But how do you realize such ideal communities? That did not become clear. Rajan recognized that this requires government support, but that there is also a certain tension in a central government that supports local governments in gradually taking over that central power. And rebuilding destroyed communities is a challenge that should not be underestimated. Experiences with disappointing attempts at ‘community development’ in the global south show, Rajan noted, how difficult that is.

A basic trilemma or not?

It is to be expected that concrete solutions cannot receive much attention in a time span of just over an hour. But what I in the end missed a bit, is a critical question about whether economic globalization and local democracy can really go hand in hand. Can we have our cake and eat it? Isn’t the problem that global economic forces are so strong that they leave little room for self-governing communities? Isn’t there then, as the title of the 2012 book by economist Dani Rodrik suggests, a ‘globalization paradox’, a fundamental ‘trilemma’ that “we cannot simultaneously pursue democracy, national [or local] self-determination, and economic globalization”?

Collier spoke of the genius of (global) capitalism as a geographically distributed innovation and production system. But isn’t that an idealization of the capitalist economic system that is no longer consistent with reality? Very recently a special committee of the US House of Representatives has concluded that the large tech companies are monopolists who use their power to stop innovation at other companies.

In the debate in the second half of the last century, moreover, so Rajan claimed at the beginning of the program, it was wrongly assumed that government and market are opposed, that more of one means less of the other and vice versa. However, he had come to the conclusion that markets and governments “often grow together”, until reaching a size that crushed local communities. But perhaps then government and markets can only shrink together again to make room for local communities. If so, should we then not first and foremost tackle the power of multinationals, and especially big tech companies? Fortunately, that is a topic that will be covered in one of the next installments of our dialogue series, The New Corporate Power Concentrations, on Monday, November 9.

But first today, we will host a dialogue between Isabelle Ferreras and Josh Ryan-Collins about two major spheres of life – housing and work – and how contemporary capitalism shapes people’s opportunities in these areas. Ferreras has published among others on how to democratize businesses, so there is also a link with the topic of our dialogue with Rajan and Collier. 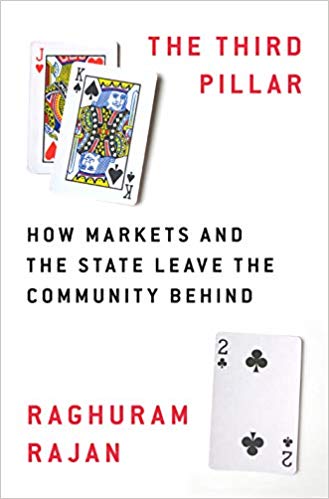 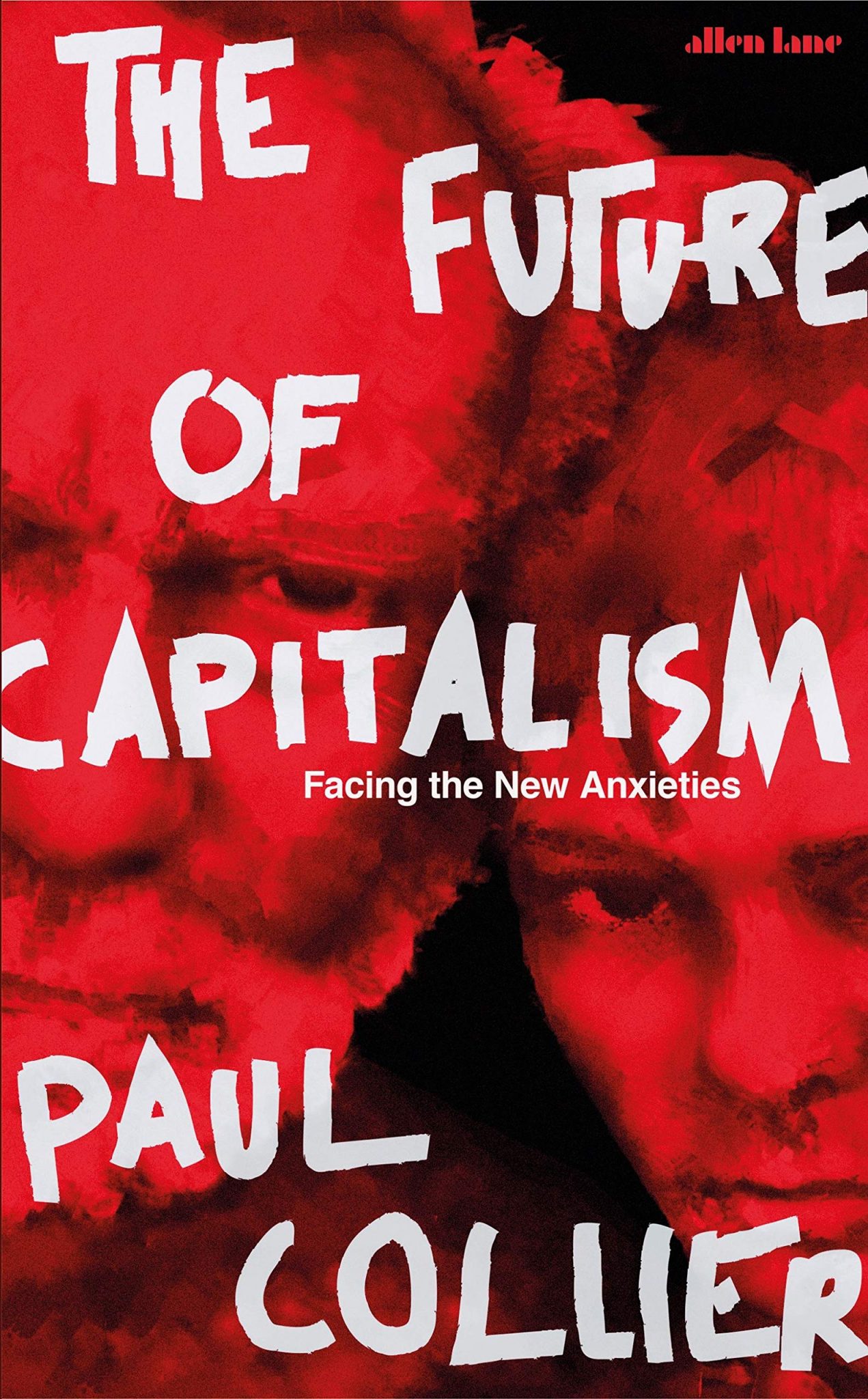 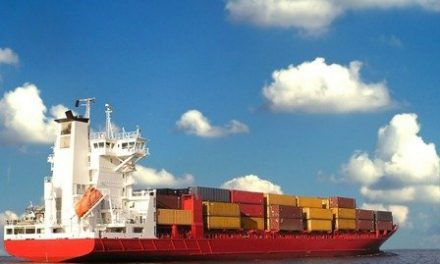 The Moral Case for Free Trade 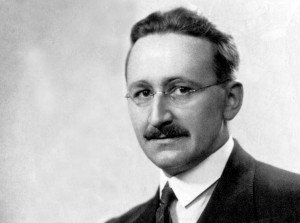 The Market Algorithm and the Scope of Government: Reflections on Hayek 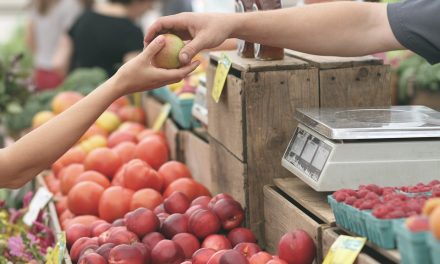 ‘Inclusive Capitalism’? Why Not Simply ‘Capitalism’ 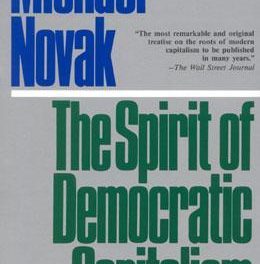 The Spirit of Democratic Capitalism