Redemptive Entrepreneurship: In a Globalized Economy, Who Is Our Neighbor? 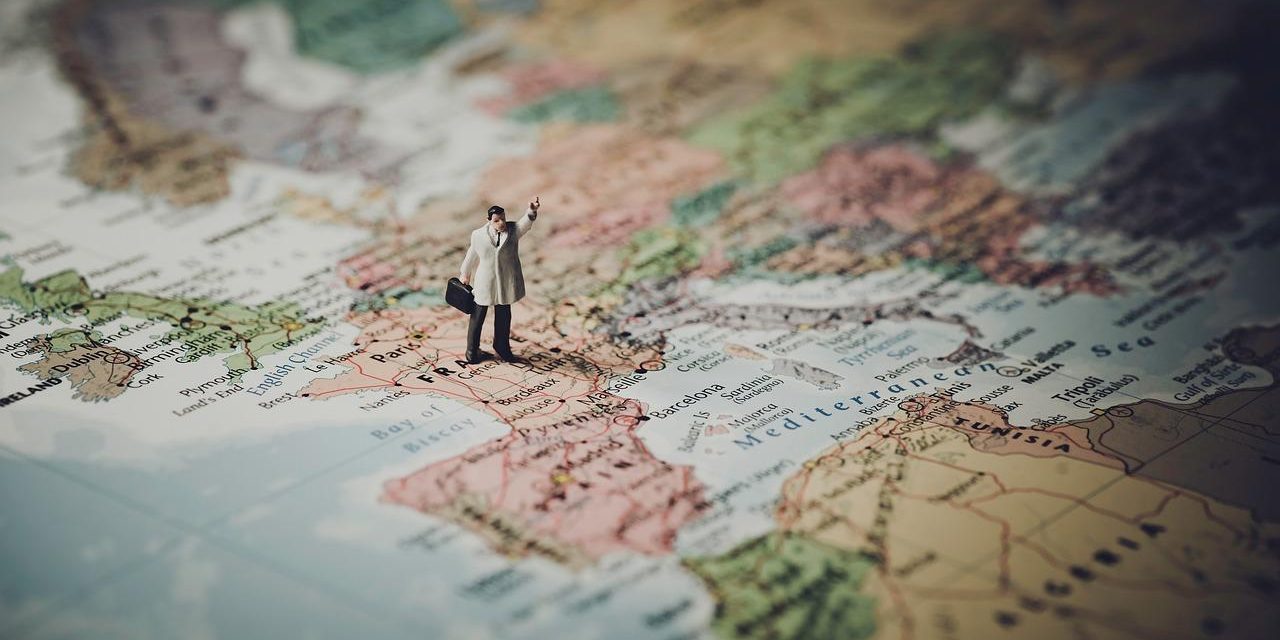 This article by Joseph Sunde was originally published on the Action Institute Powerblog, 31 January 2019.

In our globalized and interconnected world, we inhabit vast networks of creative exchange with widely dispersed neighbors. This leads to real and thriving communities far and wide—a great and mysterious collaboration. But as we continue to strengthen those social bonds across economic life, how do we stay faithful and attentive to our more proximate community spheres?

It’s a challenge for creators and workers across the economic order—to use our economic freedom to meet human needs, but do so through a healthy and holistic vision of human dignity and community. We often encounter these questions through narrow dichotomies of “localism” vs. “globalism,” but what if our approach to loving our neighbors was a bit more integrated and comprehensive?

In a series of personal reflections at Praxis Labs, entrepreneur Jon Kontz wrestles with the possibilities, pondering Jesus’ famous question, “Who is my neighbor?”, and proceeding to explore the various tensions between our pursuits of sweeping institutional change and intentional, personal investment and connection.

“Entrepreneurs disrupt the ways neighbors connect to each other,” he writes, noting how many of our interactions are now simply taking place through “new and improved” economic channels. “…But a side effect of this disruption is that I am less likely to choose to attend to and relate to my actual neighbors.” After all, “choosing to be a neighbor is choosing risk,” he continues. “To some extent it is relinquishing control over attention and resources.”

It’s a peculiar paradox—how we can be so risk-averse in our proximate and personal lives, even as we find it appealing to jump off various cliffs to start new businesses, get pay raises, or close deals. Kontz admits to the stronger allure of the latter in the modern economy, as well as its subsequent traps, noting how easy it was for he and his wife to be distracted by personal ambition and their quests to “add value” and “change the world.”

“We began to see that the personal ambition we had pursued…had come at some cost to our community, and to our character,” he writes. “The separation of our relationships from our resources, and our vocation from the people we saw every day, was a separation we had come to expect within our neighborhoods, churches, and companies. Yet while we had developed the resource-capacity to be valuable neighbors, we were deficient in the skills and habits needed to practice commitment within the complexities of community.”

The question became clear: “Could I bury myself in community and protect my ambition to change the world?” he asked.

Kontz would eventually find his answer and inspiration in the Clapham Sect, the group of 19th-century English abolitionists who were not only determined to disrupt the economic and political order of their day, but also to invest their personal lives in building relationships with African slaves—neighbors who would have been strangers had the abolitionists simply been absorbed in their cause, important though it was.

Through their commitment to slave-as-neighbor, and especially through their commitment to villager-as-neighbor, they chose the complex situations I tend to avoid. While I struggle to choose neighbors who might need something from me, let alone those who might sap my resources and health, and consume my vocation, they embraced the limitations and risks of their neighbors near as well as far.

…They didn’t divert their attention or time, but rather chose to accept and navigate the complexity…The Clapham Sect made many quietly inconvenient choices…These choices are noteworthy because they shaped the posture these innovators would need to change the world. They would need the skill to remain hopeful in the midst of near-imperceptible progress; the insight to discern right from wrong in messy situations; and the perspective to embrace personal discomfort. All these were formed through the everyday commitments of being neighbors. Though they ultimately would square off against the established religious, economic, and cultural forces of their day, their virtues were formed in much more nuanced and less public situations. As they practiced committing actual resources to actual neighbors in physical places, excellence within complexity became their way of life, even as the stakes grew to world-changing scale.

It is here—at the intersection of creative service and hospitality—that the modern economic creator, innovator, and laborer ought to reside, whatever our status, station, or situation.

Part of this realization led to Kontz being more intentional in his church and community, cultivating and investing in human relationships and institutions outside of work. But it also meant a shift in imagination when it came to his business and economic activity.

Kontz, whose company designs medical technology, started to see the beauty of the creative service that was already taking place. Then, he began to see new ways of aligning his company and products around a particular vision of human relationship and community:

The products I make as an entrepreneur either decrease or increase neighbors’ ability to remain committed and connected to one another. This hit me as I helped design a technology to facilitate medical referrals. Local communities of doctors use medical referrals to connect their patients with other doctors. When designing our product, we had a choice to make. We could decrease the relational dimension between doctors and patients in ways that would increase efficiency…However, those choices to optimize efficiency would have sub-optimized the relational currency between the doctor and the patient in a time of transition, which would decrease the likelihood that vulnerable patient populations would stay connected to their care plan once they were no longer with their doctor. So we decided instead on a design that would allow the doctor to choose and schedule the medical referral with the patient present, scheduling the appointment as an extension and outflow of their relationship.

As Kontz makes clear, with a broader context and imagination for innovation, we needn’t be trapped or paralyzed by false dichotomies of “local vs. global,” “for-profit vs. non-profit,” or “social entrepreneurship vs. hustling for the bottom line.”

If we absorb a fuller vision of human flourishing—one that sees the interdependence of creative service and economic success with hospitality, vulnerability, and community flourishing—we will see stronger improvements and better innovations across every sphere of human interaction.

“To disrupt in a way that preserves communities’ ability to remain committed neighbors takes a special vision, an alternative imagination,” Kontz concludes. “It takes a script much deeper than personal ambition; it takes a vision for healthy community and the commitment to be a committed neighbor.” 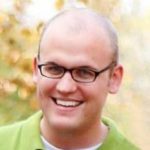 Joseph Sunde is an associate editor and writer for the Acton Institute. His work has appeared in venues such as The Federalist, First Things, The Christian Post, The Stream, Intellectual Takeout, Foundation for Economic Education, Patheos, LifeSiteNews, The City, Charisma News, The Green Room, Juicy Ecumenism, Ethika Politika, Made to Flourish, and the Center for Faith and Work. Joseph resides in Minneapolis, Minnesota with his wife and four children. 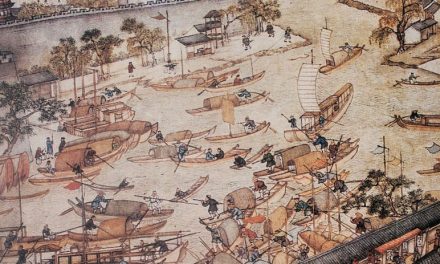 The Beauty of Trade: How Sharing Creates Civilization and Culture 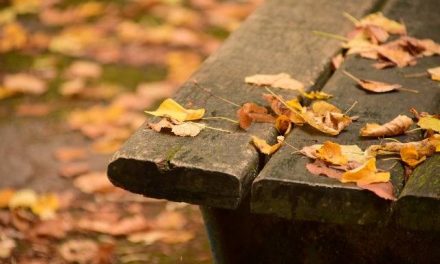 Can We Trust Markets When It Comes to the End of Life? 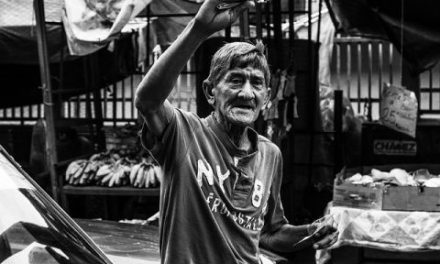 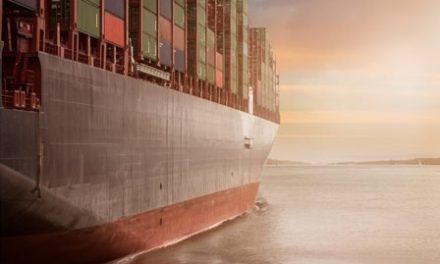 Why You Can’t Have Free Trade and Save the Planet