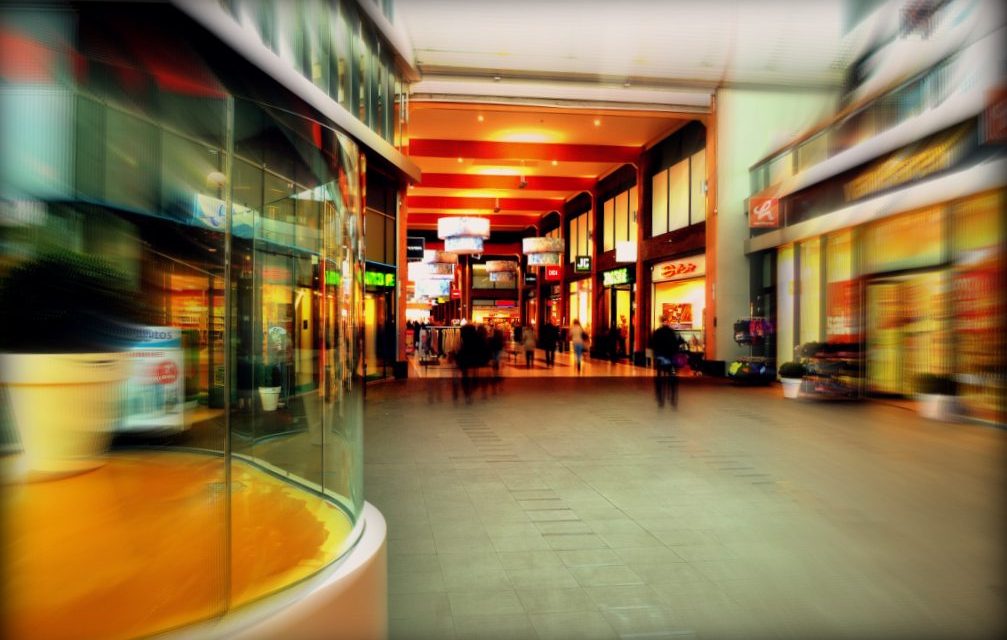 John Komlos, who calls himself “an ardent advocate of humanistic economics”, recently published a new edition of his introductory textbook in economics, Foundations of Real-World Economics: What Every Economics Student Needs to Know (2018, Routledge). The first chapter, titled “Welcome to Real-World Economics“, is now available to download from the Moral Markets site (thank you prof. Komlos for sharing it, and thank you Eefje for asking him to do so). In this post some quotes which give you a first impression of the perspective on economics that this book offers.

Right on the first page of his introductory chapter it becomes clear that this textbook shares our interest in investigating how we can make markets work for the common good:

“The doctrinaire approach to the teaching of economics is well illustrated by the oft repeated but rather arrogant assertion, “We know that markets work.” Instead, teachers of economics should admit at the outset that while markets do work well in some circumstances they only do so within an appropriate institutional framework, and they not only work inefficiently in others but often tip the stream of benefits toward a few insiders. Hence, our job is also to explore and delineate clearly the circumstances that prevent real markets from working as well as their theoretical counterparts and suggest remedies for their failings. The ideological commitment to “market fundamentalism,” which led to the excessive reliance on markets in the making of public policy, has brought us to our current, precarious situation.” (p.1)

Here is, in a nutshell, his view on ‘real-world’ economics:

“we should begin our economic analysis with empirical evidence rather than on ivory-tower theorizing. Experiential evidence should be at the core of the discipline rather than assumptions. […] I believe that economics should reduce its reliance on deductive logic and mathematics and become more of an inductive discipline. Human beings are not inanimate objects whose trajectory can be described accurately by a mathematical function of a handful of variables. Unlike planets, they can and do change direction. Economics should not attempt to be an axiomatic discipline like geometry. Sir Isaac Newton said as much: “I can calculate the movement of the stars, but not the madness of men.” To understand the world around us we need an economic theory based on empirical evidence, one that can hold its own when transferred from the blackboard11 to, say, the slums, areas with a concentration of poverty in our big cities. The pieces of the economic puzzle do not fit together as smoothly in Bronx’s 10454 zip code area with a median household income of $20,210 as they do in Loudoun County, Virginia’s 20129 zip code district, with a median household income of $250,000—four times the national average. Moreover, we need a theory of economics that is not isolated from other social sciences but integrates insights derived from sociology, psychology, political science, and philosophy. Economists who focus on mathematics at the expense of these disciplines tend to neglect those issues that are not easily tractable mathematically and end up with a mechanistic view of the world.” (p. 3-4)

And these are some of the things that he has to say about ‘humanistic’ economics:

“my economic principles are humanistic in that they focus on values that enhance the human experience and lead to mass flourishing. Pain also plays a major role in my thinking. I advocate its minimization. In contrast, the mainstream does not give pain much thought. But the current economic system treats some groups with an indifference that borders on cruelty. […] My focus is on real human beings and how they actually live and feel, rather than inanimate objects such as money or abstract concepts such as output or gross national product, which economists often substitute for the human dimension. I do not believe that the level of money income translates automatically into life satisfaction. This is particularly the case for statistical averages, because these hide what is going on in the lower tail of the income distribution. […] Furthermore, I believe that our starting point should not be Adam Smith’s Wealth of Nations, but his Theory of Moral Sentiments (1759), in which he asserted quite forcefully that we possess an innate empathy toward our fellow human beings. Morality and ethical principles of fairness are part of our nature. We ought not expunge these notions from the economics canon. Hence, I begin with the notion that economics ought to aspire to creating a just society and one in which compassion is as important as efficiency, if not more so. Admittedly, the meaning of justice is arguable, but that does not give us the license to disregard it completely.” (p.4)

Lomos regrets that economists who have critically reflected on such issues do not get much attention in economics education:

““What do George Akerlof, Kenneth Arrow, Daniel Kahneman, Paul Krugman, Thomas Schelling, Herbert Simon, Robert Shiller, Joseph Stiglitz, Richard Thaler, and Oliver Williamson have in common?” would make a great Econ 101 question except for the fact that the contributions of these Nobel Prize winning economists to the Dismal Science are usually excluded from mainstream Econ 101 textbooks or relegated to obscure footnotes. Instead of including their critical ideas, introductory textbooks hype a free-market utopia which does not extend much beyond the edges of the blackboard. Hence, most textbooks do not help to understand the essentials of the real existing market economies in the hyper-globalized world of the twenty-first century. Rather, they present a caricature of the economy at a level of abstraction that creates a fantasy world and distorts the student’s vision: how inefficient! They perpetuate a stereotype that markets are efficient, thereby somehow automatically leading to a blissful life, and they continue to sing the praises of the immense achievements of the free-market system, keeping any demurrals muted.” (p.6)

He spends more than a page spelling out all the unrealistic assumptions made in mainstream economics textbooks, to the point that you start to wonder how it is possible that economics could ever have proved useful. Here is just a fragment of his list:

“in the mainstream’s fantasy world there are no brands, and goods have no quality dimension, so product choice is a no-brainer: two boxes of generic cereal, or three? There is no small print in contracts, no traps, no false promises, so buyers need not be on their guard. There are no regrets in this idyllic economy, no need for human judgment or intuition, no emotion, no real uncertainty hence no mistakes, and no need to worry about lawyers’ fees or other enforcement or transaction costs. Indeed, there is no society at all, no children, no gender, no glass ceilings, no class hence no underclass, no power hence no power imbalances, and neither space nor race, and hardly any time dimension.” (p.7)

So does he propose to abolish free markets? No, of course not. But he does believe that there is more to freedom than being left alone to act as a rational economic agent:

“I am not supporting abolishing markets or creating a leviathan of immense proportions, and I am resolute about protecting freedoms enunciated in the Universal Declaration of Human Rights. However, I have a wider conception of liberty than Milton Friedman or Ronald Reagan did. My conception is closer to Amartya Sen’s notion of capability. It includes the freedom from anxiety of an unrestrained form of capitalism that my pensions will disappear, free from the anxiety associated with our lives today: threat of crime, or becoming unemployed, or not knowing what happens if I become sick or unable to pay for my college tuition, as well as the freedom from seeing the suffering of the underclass, the unemployed, and homeless. This is congruent with the classical conception of liberty also echoed by Edmund Burke. My conception also includes the freedom to live without the hard-press sales pitches of intrusive advertisements, or being free from the feeling of relative deprivation from seeing the lifestyles of the profligate rich and famous. One should also be free to develop one’s personality from within rather than having it imposed through the media. Developing one’s character autonomously without the interference of the profit motive of big business is an essential aspect of true freedom. We would then not be inculcated with the fundamental elements of consumerism.” (p.10)

“I also believe that many markets work well some of the time and a few markets work well most of the time, but we should verify if particular markets do what we expect from them. We need to think about improving their functioning so that we ourselves can function better in them. I am an enthusiastic supporter of those markets that enable people to exercise their creativity, autonomy, and individuality without being manipulated and without interference from trend setters and predatory lenders, but my support is contingent on empirical evidence. I refuse to disregard evidence that is contrary to the orthodox canon. If markets obviously do some of us harm, then we must retain the ultimate right to make alternative arrangements and take collective action to relieve the discomfort. This is the humanistic approach to economics: we should minimize suffering, mental and physical.” (p.10)

The full chapter is worth reading. To every book that we place on the Moral Markets digital bookshelf, we search for reviews and add extensive quotes to the book’s page. The reviews we have seen so far for Foundations of Real-World Economics are all extremely positive:

So do check this book out, whether you are an economics student or just interested in the topic!

More info on this book 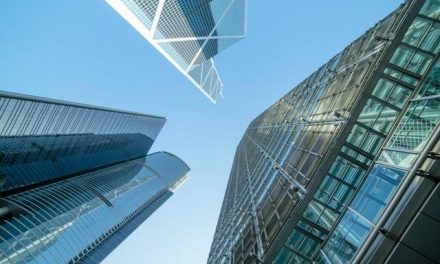 How Business Schools Can Help Restore Trust in Capitalism 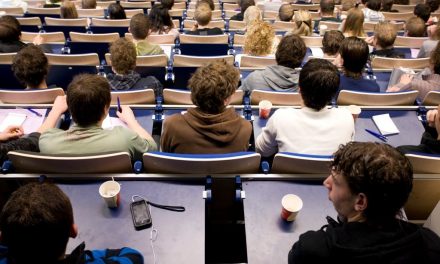 Econ 101 Morality: The Amiable, the Mundane, and the Market 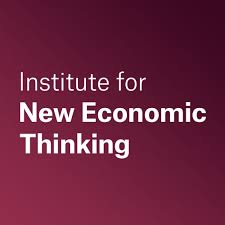 The Institute for New Economic Thinking 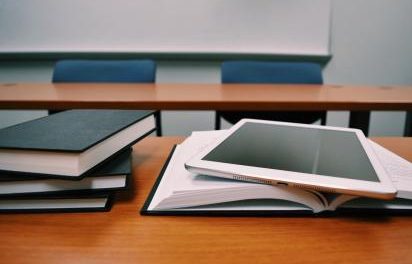