A Radical Ideology Nurtured Our Era of Economic Inequality

Where does economic power come from? Does it exist independently of the law? It seems obvious, even undeniable, that the answer is no. Law creates, defines and enforces property rights. Law enforces private contracts. It charters corporations and shields investors from liability. Law declares illegal certain contracts of economic cooperation between separate individuals – which it calls ‘price-fixing’ – but declares economically equivalent activity legal when it takes place within a business firm or is controlled by one.

Each one of these is a choice made by the law, on behalf of the public as a whole. Each of them creates or maintains someone’s economic power, and often undermines someone else’s. Each also plays a role in maintaining a particular distribution of economic power across society. Yet generations of lawyers and judges educated at law schools in the United States have been taught to ignore this essential role of law in creating and sustaining economic power. Instead, we are taught that the social process of economic competition results in certain outcomes that are ‘efficient’ – and that anything the law does to alter those outcomes is its only intervention.

These peculiar presumptions flow from the enormously powerful and influential ‘law and economics’ movement that dominates thinking in most areas of US law considered to be within the ‘economic’ sphere. Bruce Ackerman, professor of law and political science at Yale University, recently called law and economics the most influential thing in legal education since the founding of Harvard Law School. The Economics Institute for Federal Judges, founded by the legal scholar Henry Manne, has been a hugely influential training programme in the law and economics approach. A recent paper found, through extensive data-gathering and statistical analysis, that the many judges who attended the training were more likely thereafter to ‘render conservative verdicts in economics-relevant cases’ and ‘to rule against regulatory agencies, in particular the EPA (Environmental Protection Agency) and NLRB (National Labor Relations Board)’.

Law and economics in fact revives an earlier legal ideology that also cast an affirmative preference for hierarchy and inequality as non-intervention. The infamous Lochner v New York decision of 1905 has come to represent this ideology. In that case, the US Supreme Court overturned a maximum-hours law for bakery workers on the grounds that it violated principles of ‘freedom of contract’. But of course this sort of judicial action is in fact intervention by government in private affairs or in ‘the market’: it’s simply a particular type of state action. The decision represents a policy favouring the robust enforcement of property rights and private contracts, and disfavouring both the public, legislative ordering of the market and workers’ organisations.

During the period that this legal ideology dominated courtrooms in the US, a group of lawyers and economists who called themselves legal realists and institutionalists made just these points. The ‘Lochner era’ in the US courts – from roughly the turn of the 19th century through to the New Deal of the 1930s – signified an affirmative preference for governmental intervention to enforce contracts against weaker parties. These were often contracts into which people entered in order to access the necessities of life, for example by working for pay. Such contracts infamously included the ‘yellow-dog contracts’ of the coalmine operators, by which mine workers agreed not to join a union. One party to such a contract, namely the mine operator, already possessed many more property rights than the other party, the worker. The government had created and enforced the advantage in rights that the mine owner held. Generally, superior property endowments allow one party to bargain a contract favourable to their own interests, particularly when the other party is impoverished. In the vision of Lochner-era judges, government intervention ought to consist primarily in enforcing property rights and enforcing contracts bargained in the shadow of those asymmetric property rights. Obviously, the effect is to magnify inequalities in economic power.

The genius of law and economics, whose influence in legal institutions became really ascendant in the 1970s, was to resuscitate the key elements of the Lochner-era approach but to clothe them in connections to a supposedly objective and neutral social science, rather than to a particular political and moral vision. In this way, law and economics obscured its own activism on behalf of the powerful. In the US in particular, where lawyers have always played an outsized role in public life, law and economics provided much of the intellectual (and legal) language and thought for the rise of conservative economic policy. The political projects of dismantling public rights over markets, diminishing working peoples’ influence by attacking unions, and delegitimising the social provisions of the welfare state, all drew upon the law and economics movement.

Following neoclassical economic theory, law and economics suggested that society’s resources are best allocated by permitting competition to set prices, and that market ordering through legislatures or workers’ organisations interferes with this optimal ‘natural’ process. Few other social scientists believe this, and a growing number of economists do not believe it either. Around the same time as the rise of law and economics, a group of thinkers that came to be known as the critical legal studies (CLS) movement in the 1970s argued (as the realists had done in the Lochner era) that the policy prescriptions of law and economics in fact relied as much upon law as they did on economics.

The ideology of law and economics revolves around the concept of competition – suggesting to the world that this is the main value it seeks to promote, thus also seeking to limit governmental intervention with that process. But competition does not take place in a vacuum: it always requires rules, from property to contract to antitrust, that are themselves, logically speaking, limits upon competition. All of these rules in essence authorise economic coordination that is necessary to make competition work. For example, property rights authorise control over economic activity to the extent of their bounds. A contract too is a form of economic coordination.

And competition law itself authorises all kinds of in-firm economic coordination that it prohibits out-of-firm. In short, it’s governmental intervention all the way down. The law from the outset makes choices about where and how it will limit competition, and those choices can either balance economic power or create imbalances. The ideology of law and economics is that only interventions that help to balance power in society are in fact government interventions – but this is not true.

Unlike the first generation of realists and institutionalists, who helped to shape the New Deal, their latter-day heirs unfortunately did not, largely, shape public policy. At least not yet. These issues are resurfacing today in public discussion about competition law – or antitrust law as it’s known in the US – which is the area of law perhaps most colonised by law and economics. Public debates have centred around economic power and the role of the law in it, with renewed calls for the law to do more to ameliorate economic domination rather than exacerbate it. Defenders of the status quo regularly point to ‘economics’ as a defence. They suggest that only the reformers have a moral and political vision. But of course this isn’t true. Just as law and economics does generally, the current framework for antitrust law chooses certain legal rules over others, and takes them to define ‘the market’.

Competition law makes the affirmative decision to organise economic coordination primarily through traditional capitalist firms, rather than through alternative forms. These alternatives might include looser forms of producer associations that are more dispersed in ownership and more democratic in decisionmaking. Since the 1970s’ takeover by law and economics, antitrust law and institutions have intensified this preference for hierarchy and concentrated ownership. The unsurprising result is that economic coordination is increasingly accomplished through the mechanism of large, powerful firms, while economic cooperation among smaller players is increasingly disfavoured. These choices are fundamental to the policy prescriptions made by the law-and-economics approach. Again, we find ourselves with a choice that is necessarily moral and political: we can allocate coordination rights in a way that exacerbates imbalances in economic power, or in a way that ameliorates them. What we cannot do is pretend not to make the choice.

This article was originally published at Aeon and has been republished under Creative Commons. 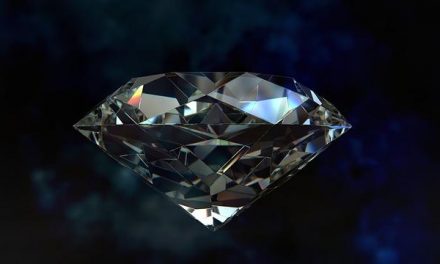 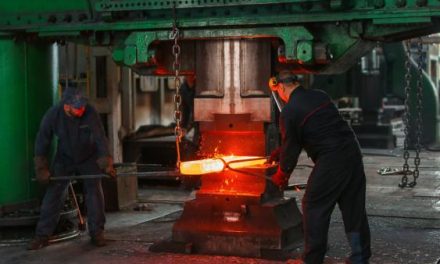 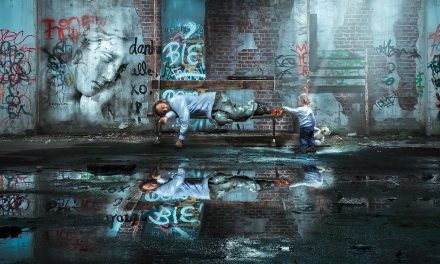 The Quitting Economy; How Work Changed to Make Us All Passionate Quitters