The Economics, and Ethics, of Bitcoin

By Acton Institute for the Study of Religion and Liberty | 15 Dec 2017 | opinion & ideas, technology & digitalization 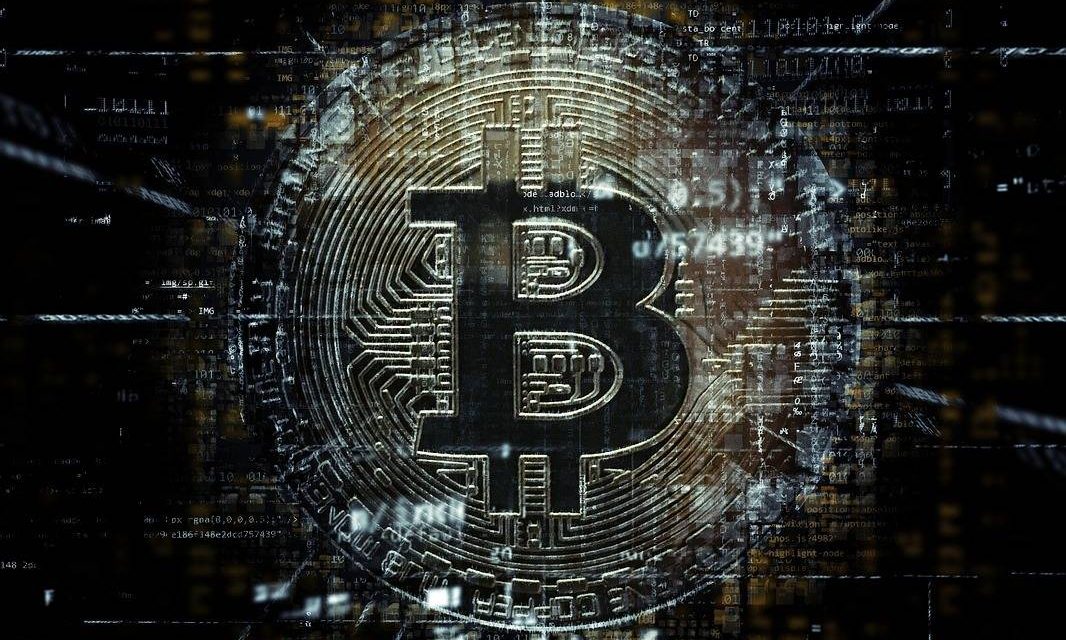 There is much talk of a “Bitcoin bubble.” However, it is not clear that the idea of digital currencies is widely understood. What are they? And why might their prices vary? How should a person of faith look at the moral issues Bitcoin raises? Ethical questions might be raised about the soaring price of something that seems to have no intrinsic value.

A year ago one Bitcoin cost about $800; today, it costs more than $17,000. Some have argued that this is a reflection of a huge speculative bubble like tulip mania. Nobel Laureate Joseph Stiglitz has stated that Bitcoin should be outlawed, and UK chief financial regulator Andrew Bailey has suggested that it is a commodity and not a currency. Stiglitz’s suggestion was strange – it is not clear how Bitcoin could effectively be outlawed. Bailey’s analysis was also odd: Bitcoin is definitely not a commodity.

Bitcoin is a digital currency created in the wake of several decades of governments debasing their currencies. Rather like gold, it is limited in supply. Those who invented and designed it created a digital mining process which required programmers to invest time in discovering more Bitcoin. The programming effort required to find more gradually increases. After 21 million bitcoins have been mined, there will be no more supply. All this is wired in to the way the computer algorithms are set up which are designed to replicate a precious metal mine.

The economic role of money

Bitcoin has no practical use other than as a currency. Currencies based on commodities, such as gold, keep their value because they are naturally scarce and because gold has a value in other uses. However, Bitcoin can only be used as a currency. It has no other intrinsic use. This makes the speculation in Bitcoin more interesting, though in some senses easier to analyse. Why would people pay $17,000 for a Bitcoin today when they would only have paid $800 a year ago? To answer this question, we have to understand the economic role of money.

Money exists to reduce transactions costs. It is the “good” that we can easily exchange for all other goods so that we don’t have to barter. Monies have to be generally acceptable, portable, divisible into smaller units, durable, limited in supply, and uniform (so that we don’t have to spend time working out whether something really is a dollar, or a pound, or a gold sovereign). It is easy to understand how a commodity such as gold can evolve into money.

State monies, on the other hand, have no intrinsic value. But they have come to dominate all other forms of money because of various legal privileges given to banks. Unlike when gold is used as money (which has a cost, because if gold is used for coins, it is not being used for something else) state money appears to be free. However, as noted above, state money has sometimes been a terrible store of value, because it can be printed without limit. Nevertheless, state money is generally acceptable and used as money, as long as central banks make a tolerably good job of ensuring it keeps its value. The removal of exchange controls around the world has made it more difficult for countries to allow their currencies to lose their value catastrophically, as happened in the UK in the 1970s. If a country suffers from serious inflation, businesses at least would start to use other countries’ monies. In countries where there is hyperinflation, either the government effectively enforces the use of the domestic currency or the domestic currency is crowded out by foreign alternatives such as the U.S. dollar.

Because state money has no intrinsic value and enjoys legal privileges, it can be used with less cost than currencies like gold, but with the risk that central banks will create inflation which can be costly even at moderate rates. However, Bitcoin and other cryptocurrencies also have no intrinsic value. They have no use other than as money. You cannot wear Bitcoin round your neck or fill your teeth with Bitcoin. It shares this characteristic in common with central bank money. However, the digital algorithm ensures that its supply is limited.

Given that Bitcoin has no use other than as a currency, the demand for Bitcoin can ultimately only be based on its perceived future use as a currency. When speculative bubbles arise in financial markets, demand may increase simply because people expect prices to continue to rise. However, there must be something behind a bubble, even if prices over- or under-shoot. The tweed jacket I am wearing as I write this article will never be subject to a speculative bubble that will allow me to sell it for $17,000.

And, it is easy to see how people might expect the price of Bitcoin to rise. Bitcoin is used for a minuscule proportion of all transactions. If it is used for more transactions, the demand for Bitcoin will increase and, given the current low usage of Bitcoin, the transactions demand could increase enormously. It is perfectly reasonable for investors to anticipate such an increase in demand.

But, in fact, this illustrates the problem with Bitcoin. The algorithm that prevents Bitcoin supply increasing artificially – and which, therefore, prevents continual inflation of prices measured in Bitcoin – also prevents Bitcoin supply changing in response to demand. This can lead to huge price changes, which will depend on Bitcoin’s current and perceived future use as a currency. Bitcoin is therefore not a good store of value. Its value can change in either direction. This is much less of a problem with gold, because it can be converted into or out of its alternative uses when demand for use as money changes.

My guess is that, though a future digital currency with a different supply algorithm might become generally accepted and used, Bitcoin will not do so because of this design flaw. (For an excellent, more extensive discussion, see this PDF.) If this becomes the general view, perhaps the bubble will burst. On the other hand, if Bitcoin does become more widely used, it could continue to rise in price.

The ethics of Bitcoin

But, what about the ethics? Some see Bitcoin’s highly decentralised network as a magnet for crime. However, to enforce the use of state money which throughout history has been debased is surely the wrong instrument to address problems of criminality. And the ever-closer centralised monitoring of transactions brings its own moral problems.

Some object to private monies in principle. However, I see no obvious ethical objections to the private provision of the good the purpose of which is to reduce the transactions costs involved in the purchase of other goods. Money only has a problematic mystique because fractional reserve banking in the context of state currency can lead to an unlimited supply to the benefit of the banks that create money.

But, what about speculation itself? An excellent article on the ethics of speculation was written a few years ago by Steve Nakrosis, who now happens to be a member of St. Mary’s University Doctoral College and a Ph.D. student of mine. He makes a strong case based on Catholic social teaching that speculation, as such, is not unethical. It can perform a useful economic function. For example, the short selling of bank shares can discipline management when management is behaving imprudently. On the other hand, speculation designed simply to make more money can lead to temptation to sin and to market abuse. We should be wary of chasing speculative bubbles which have no clear economic rationale. The ethics of speculation are perhaps a topic for another column, but Nakrosis paper is well worth a read.

Meanwhile, my verdict on Bitcoin stands. Other cryptocurrencies may well become the money of the future. But a currency the value of which is as volatile as that of Bitcoin is more likely to remain a niche player.

This article first appeared on the transatlantic blog of the Acton Institute on 15 December 2017. 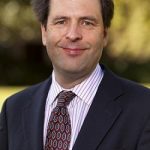 Philip Booth is Professor of Finance, Public Policy and Ethics, St. Mary’s University, Twickenham, which is the UK’s largest Catholic university. He is also a senior academic fellow at the Institute of Economic Affairs (IEA), a UK free-market think thank. 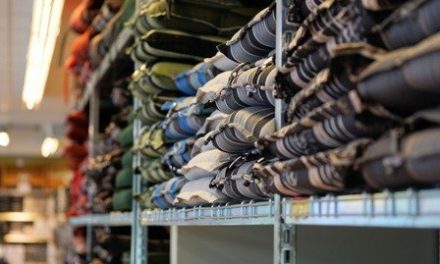 The Market Is Necessary, but Not Sufficient, for Virtue 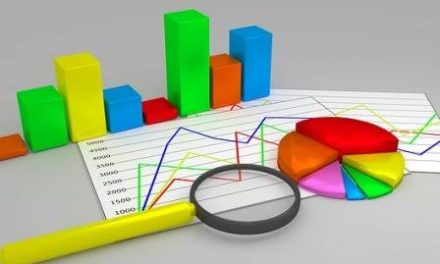 Economists Are Unfairly Maligned – But They Are Often Pretty Prejudiced Themselves 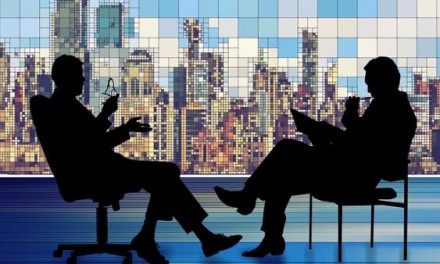 The Fundamental Error of the ‘New Economics’ Brigade 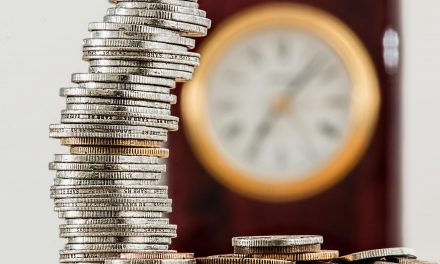 The Case For Capitalism Lies In The Prosperity It Delivers